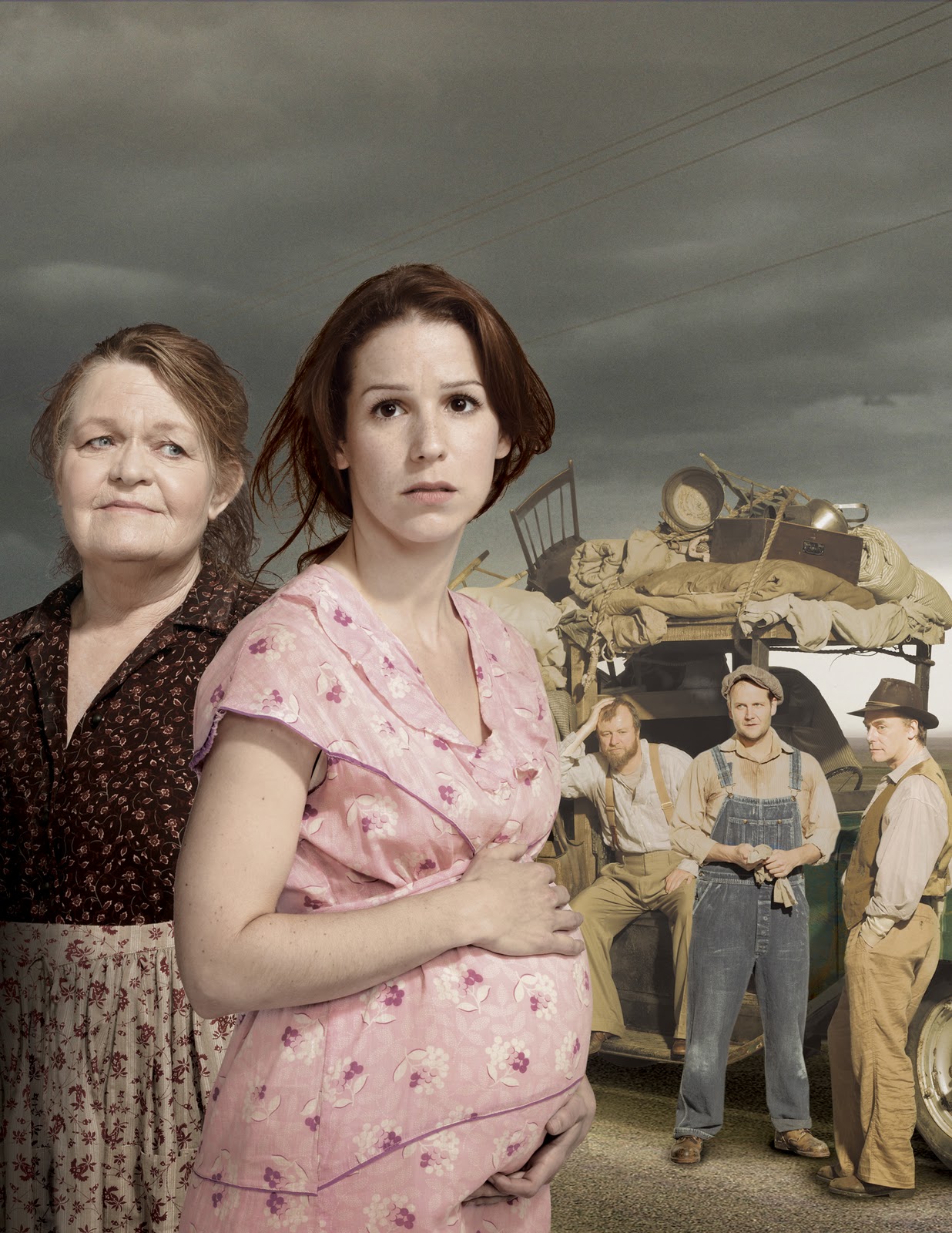 In Stratford: The Grapes of Wrath

Frank Galati’s stage adaptation of The Grapes of Wrath is incredibly demanding. With no fewer than 61 characters (not including “Travellers, Guards, Strikers, Citizens and Hoopermen”), an on-stage river, a rainstorm, ever-changing locales and a moving vehicle of remarkable size, it’s a wonder that any company would consider attempting a production.

But if there’s one company to tackle the iconic novel’s demands, it’s The Stratford Festival with their brilliant effects teams, ambitious corps of directors and designers and large, capable acting company full of diverse, classically-trained talent. The result is an entertaining production that’s both technically impressive and emotionally affecting.

Evan Buliung’s leading man turn as Tom Joad is so good that I couldn’t help but write about it long before I’d seen the full season and could start my slate of reviews. You can read the article HERE or you can just be satisfied when I tell you now that he is the grounding force of the piece and the thing that makes it all come together.

The least impressive cast members are a strange duo. The first is Janet Wright, my least favourite performer of the season, here delivering a pace-destroying, static performance in the utterly wonderful role of Ma Joad, one of Steinbeck’s most richly detailed creations. Sadly, the other acting disappointment in the production is my beloved Josh Young as Rose of Sharon’s new husband Connie. So good in musicals when he can rely on his vocals to help develop his characters, in his only music-less Stratford role, Young seems completely lost. His imprecise accent leaves his words muffled and the excellent chemistry him and Chilina Kennedy developed through Evita and again this year in Jesus Christ Superstar seems to leave the building when the set changes over from Galilee to Oklahoma. In Galati’s playwright’s notes he calls the romance between Rose of Sharon and Connie “sexy and intense” but sadly the sexy actors behind the roles just don’t bring it when the orchestra stops playing.

Chemistry aside, Kennedy is otherwise pretty good in the crucial role of Rose of Sharon. She’s convincingly rough around the edges while still sweetly innocent but in possession of enough grace and maturity to sell the beautiful final scene in which Rose of Sharon feeds a starving man with the milk otherwise wasted after the loss of her baby.

Speaking of musical theatre actors, it sure is nice to see that Paul Nolan hasn’t been completely lost this season. With the role of Al, Nolan returns from his zombie Jesus state to play the fun-loving comedian once more, with the full energy and charm that marked his 2009 Tony (West Side Story) and 2010 Orlando (As You Like It). I’m also glad to see newcomer Tyrone Savage in the role of Floyd Knowles. An actor whose Toronto-based work I’m quite familiar with, The Birmingham Conservatory has done wonders for Savage who has improved ten fold since last I saw him.

The other, more predictable, standout in The Grapes of Wrath is 11th season vet Tom McCamus whose offbeat and wise take on former preacher Jim Casy lends great weight to the already standout production. Randy Hughson is also great fun as Uncle John while Ian D. Clark’s Grampa might be a little much.

The music (partially composed by Andrew Penner and directed by Laura Burton) is a great addition that serves for functional scene transitions, showcases some of the festival’s more rarely-seen talents (like Sophia Walker’s stunning singing voice) and really grounds the play in history and American tradition by setting the tone perfectly.

With through-the-roof production values (that river is handled with brilliant astute planning) and a massive cast with such incredible bench depth that the internationally renowned John Vickery is triple-cast in such thrilling roles as “Officer” and “Camp Proprietor”, The Grapes of Wrath is a sight to see.

The Grapes of Wrath plays at the Avon Theatre in Stratford, ON until October 29th.