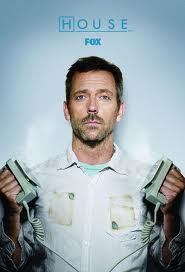 The Case of the Character-Based Procedural

There’s a stigma to any show that can be called “procedural”. The TV landscape has become so saturated with CSIs and Law & Orders and versions of NCIS that it seems like there’s not a lot left. The genre of crime/patient/case-of-the-week plotting and very basic character development is really for casual viewers. For true procedurals it’s important that someone be able to turn on their TV and watch a random episode in the middle of the season and not be confused. So for real TV people, the sort who watch from the pilot to the finale in order and without skipping- critics, devotees, industry folks-, procedurals can be really tedious.

The heavily-serialized have become a rarity on primetime network TV, there’s really no arguing with that. With Lost gone and none of its replacements really taking off, serialization really just belongs to family dramas (Brothers & Sisters, Parenthood, Life Unexpected), teen shows (Gossip Girl, Vampire Diaries) and primetime soaps (Desperate Housewives, One Tree Hill). But that doesn’t mean that all we’re left with is pure procedurals.

So much about House makes it a procedural. Case-of-the-week, repetitive format, etc… but then there’s actual House. The famous curmudgeon has a host of problems-psychological, emotional, physical- that make him the sarcastic genius that he is. You don’t know that, unless you actually watch the show. The whole show. Same thing with Castle, Bones and Psych. Those shows are still very formulaic, predictable, the characters do, comparatively speaking, take a back seat. But they’re not Dragnet. The Good Wife strikes a balance, about half the show is heavily serialized and the other half is procedural law drama. Same with Boston Legal, Drop Dead Diva, and pretty much everything else about lawyers. Grey’s Anatomy‘s the same way. So is Private Practice. As was ER. You could tune into a random episode of Buffy and follow the monster-of-the-week, you’d miss the season-wide big bad and the full-series character arcs, but you could follow the episode. The same can be said of many West Wing episodes.

My point is, the line is blurrier than it seems to be. Some of the most interesting characters on TV exist in what many critics would label a “procedural”- Jack Hodgins, Shawn Spencer, Kalinda Sharma, oh and Gregory House (considered one of TV greatest characters of all-time). I think the secret is layering. Lost quickly grew tedious in its perpetual lack of closure but Law & Order seems to re-set its world at the end of each episode. Self-contained stories are important to give the audience some sense of accomplishment or resolution, but it’s the over-arching themes and developments that really pull the characters forward, give the series growth and depth. I think Buffy had it down with its mix of single-episode, season-long and series-wide stories. Their plots worked on 3 levels and their characters got the best of both worlds.

What I’m saying is that Jack Hodgins couldn’t live in a true procedural. They just never would have written him. Maybe long arcs aren’t the focus, but “non-serial” and “weak on character” are not mutually inclusive concepts (neither are, for the record, “heavily serialized” and “strong on character”). Maybe not every week, but character-based non-serial shows belong in the critical eye. Hodgins deserves at least that much.