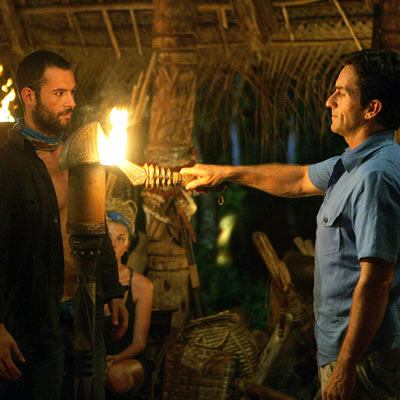 Some Quick Notes on Recent TV

– How I Met Your Mother this week: do the showrunners not know that their characters can’t afford the negative connotation smoking brings? The only character who survived this week without me losing a bit of love for them was Robin (who, let’s face it, always seemed like a bit of a smoker anyway).

– Accidentally on Purpose: a really pretty terrible episode that I didn’t mind so much because Zack is just so darned sweet.

– I’m catching up on this season of Survivor this week. So far, with the blindsides of Erik and Kelly one after the other, it’s a pretty entertaining season.

– Little Mosque offers up a highly-quotable if incredibly cheesy half hour that makes me wish they’d return to a good old fashioned Amaar/Rayyann matchup episode, bring back the good natured Rev. Magee and send the pompous (and not that funny) new guy packing.

– Being Erica wraps up with the perfect conclusion to the season. The brilliant Kai story was given a satisfyingly bittersweet ending and Erica finally broke up with Ethan, a long time coming. I’ve been meaning to post more on this episode so hopefully there’ll be a follow up in the coming days.

– The season 4 finale of Dexter got spoiled by a Facebook status update that showed up in my Newsfeed. Could not be more annoyed by this fact.

– Golden Globe nominations are out! Three cheers for Big Love,which got a couple of choice nominations (including one for the remarkable Chloe Sevigny), and for Neil Patrick Harris who’s still holding out for a supporting actor trophy. That said, gross omissions abound and I’ve decided that I hate award shows.