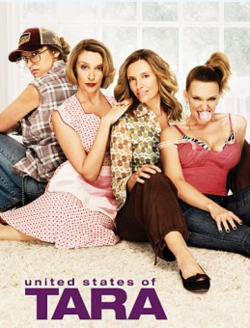 With premiere time part 2 of the year getting under way, it’s about time that we here at My TV let you in on what we’re watching.

*shows with an asterisk are Kelly’s most anticipated/favourites

Better off Ted (ABC, Wed 8:30)
We love Portia, Andrea Anders is pretty funny and it looks like a lot of fun.

*Cupid (ABC, premieres March 31, Tues 10:00)
We need a replacement for our dearly departed Valentine, and Bobby Cannavale is always charming. Oh, and this version doesn’t have Jeremy Piven- always a plus.

Harper’s Island (CBS, premieres April 9, Thurs 10:00)
Out of sheer love for Chris Gorham this long shot will get at least a one week trial from My TV.

*Kings (NBC, Sun 8:00)
It looks damn cool and there’s a need for dramas that aren’t sci-fi or procedural.

In The Motherhood (ABC, premieres March 26, Thurs 8:00)
It was a web hit. Hopefully it won’t be too stupid. The comedy pedigree in the cast deserves our respect though.

Parks and Recreation (NBC, premieres April 9, Thurs 8:30)
We’ll follow Amy Poehler anywhere, though this doesn’t promise to be a favourite.

Southland (NBC, premieres April 9, Thurs 10:00)
Ryan Atwood (Ben McKenzie) is back on TV! How could we not watch that? Also: former West Wing showrunner John Wells is at the helm.

The Unusuals (ABC, premieres April 8, Wed 10:10)
Amber Tamblyn + Adam Goldberg make up for our left over Michael hatred that prevents us from ever really embracing Harold Perrineau.