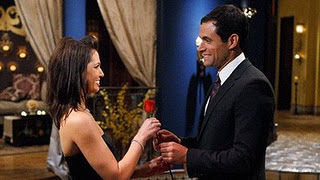 My Current (and shameful) Obsession

I have no reasonable explanation for this but I’ve recently taken to watching incredibly bad TV shows on a regular basis. It started with Big Brother and One Tree Hill. I’ve always watched them (the residual effects of being 14 at exactly the wrong time) and have comforted myself with the reassurance that I’m allowed a couple hours of mindless drivel to break up the intelligent scripted fare I’ve always been loyal to.
But, in recent months, it started to get worse. All of a sudden I was back on the Amazing Race bandwagon (not too shameful as far as reality TV goes, but it’s a gateway drug!). Then came a renewed interest in 90210, and before I knew it I was hooked on ABC’s heinous hidden camera show True Beauty.
But that’s not the worst of it.
The worst came this week (the week True Beauty ended… Julia, the former Miss Teen Texas, won, by the way, in case you were wondering). First it was High School Reunion, which had me both horrified and transfixed for its entire premiere episode. But I only watched 1, just the one episode, I thought I was still in control of my problem.
I wasn’t.
Yesterday I started The Bachelor. I don’t know what made me do it but I watched the entire season in 2 days and now I’m hanging on a thread until Monday when I hope the slightly skeezy single dad from Seattle will choose the sunny former cheerleader from Dallas over the boring girl who I don’t care about. It’s sexist and materialistic and noticeably scripted and hinged on an out of date value system, but I’m horribly and traumatically hooked on The Bachelor. And just for the record, I am also and have been since week 1, on team Melissa!
Also for the record, I am ashamed of myself and am currently seeking help for my apparent lack of taste in TV.