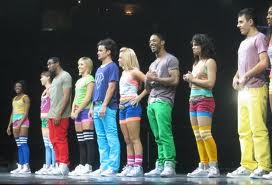 Angry Objections of the Week

I’m not very impressed with the world at this very moment. So, though I am slightly obsessed with Chuck Bass, Netflix and BU Shakespeare Society’s Twelfth Nightthis week, I will instead be handing down a list of complaints and grievances.

So, my big objections of the moment are as follows:

The People Who Run the SYTYCD Tour
What’s the wrong way to cap off a great concert? Telling fans who have been waiting outside in the cold to meet their favourite dancers that they won’t be allowed to take pictures with them. These dancers will only get a couple months of fame, that’s it, why not let them and their fans enjoy it while it’s there? So, instead of getting to meet Katee, Twitch and Mark and having a giddiness inducing new album of photos, my friend Lauren and I left the rope line at 11:30, cold and empty handed.*

The World Series Results
While shivering in line only to be later told that the dancers wouldn’t even make it outside until after midnight, Lauren checked her iPhone and reported that the Philadelphia Phillies had won the World Series. While I’m happy for former-Jay Matt Stairs, I’m pretty disappointed in Philadelphia’s win. I was avidly cheering for the Tampa Bay Rays to win the series; they came back from years of last place finishes to win the toughest division in the majors (American League East) by a pretty big margin. They have a great young team that’s up through the farm system, not bought and sold, and they played the best season of anyone. A team like that deserves a World Series win.

*a positive review of the So You Think You Can Dance concert to come.