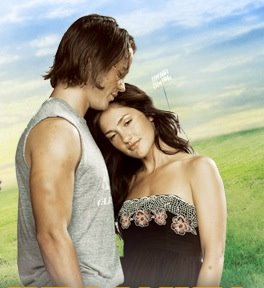 I love this show but I fear its not what it once was.

There were some lovely Landry-Tyra moments but their storyline is far more One Tree Hill than this truthful character drama ever was in the first season.

Why has Jason not accepted his condition yet?

What is Julie’s problem and why can’t she appreciate Matt? Why doesn’t she help her mother more? she just doesn’t seem like the same girl who compared her father to captain Ahab in the pilot episode. Her love for her parents, Matt, learning and culture seems to have faded as the series progresses.

I hate Lyla Garitty– That had nothing to do with the second season since Ive always hated her but I just thought it should be known.

I love Tim Riggins– see above. always loved him, always will.

Coach Taylor needs to move home. I’m sure he will soon but it needs to be soon ER.

Tammi needs to pull it together, she used to be so much stronger and more fun than her circumstances are allowing her to be right now.

Even the opening titles aren’t as good as they used to be.

Now this isn’t to say its not still wonderful. FNL is still quality TV and I still strongly urge you to watch it but I’m just saying that this sophomore seasons is looking to be a bumpy one.