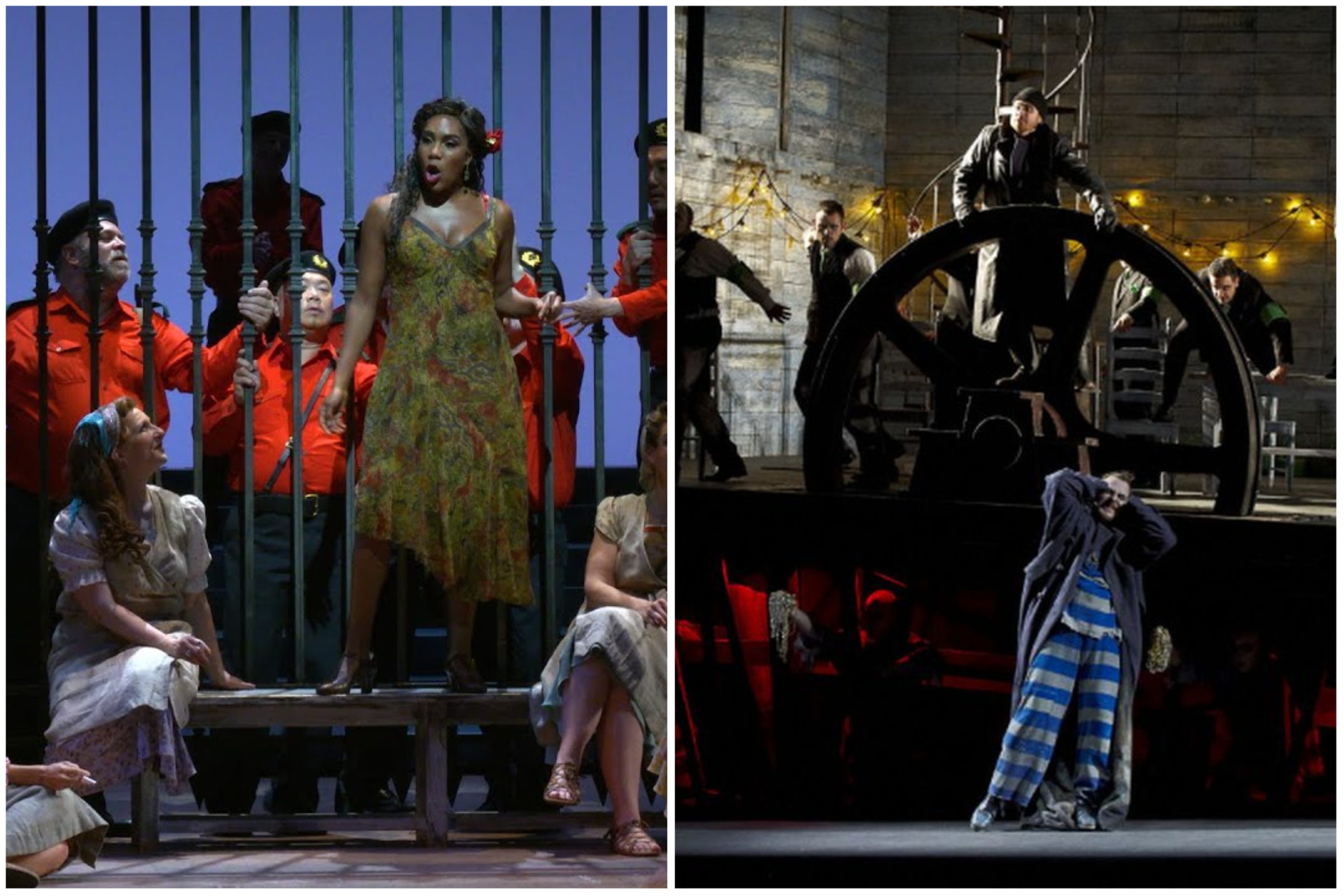 The Canadian Opera Company’s fall season presents a well-balanced duo of contrasting classics to signal that, even without the world renowned artistic director we recently lost to Paris, the COC is back on its feet.

First up, The Flying Dutchman is a quick hit of Wagnerian sorrow coming in at only 2 hours and 35 minutes including a 20 minute intermission. Such brevity is a refreshing shift from the German composer known for his unending epics. In fact, the whole of The Flying Dutchman flies a little in the face of all expectations one might have of a Wagner piece. Where the ring cycle is long, jarringly atonal, and expansive and ambitious in its storytelling, The Flying Dutchman is short, uncharacteristically melodically pretty, and a total nothing when it comes to plot. There are basically no story beats to speak of, which somehow turns 135 minutes of total stage time into a wildly repetitive trudge. The characters are equally uninspiring and, though I love a villainous tenor as a break from bass = monster/tenor=lover archetypes, the female protagonist is a pathetic mess impossible to root for despite the greatest efforts of Marjorie Owens who sings the role sensationally well. Glorious as she is despite the character’s failings, it’s intriguing to imagine the great crimes she has apparently committed against the costume and, specifically, the wig departments as they are clearly punishing her for something. Director Christopher Alden and designer Allen Moyer team up to create one of the most startling visual moments in recent COC history with the reveal of dozens of prisoners trapped below the deck of the thrillingly slanted ship and COC MVP Sandra Horst once again proves herself invaluable as the chorus of whom she is the master steals yet another show. There are many reasons to be an opera fan and The Flying Dutchman will appeal to at least a few of them. Music-first types looking for the thrill of masterfully sung live performance and production value lovers will both find much to enjoy here. If you’re one of us fools who keeps showing up hoping for a production that will reinforce opera as a storytelling medium, this one’s not for you.

Luckily, the COC has very smartly paired The Flying Dutchman with Carmen, perhaps the most famous opera in the world and appropriately accessible on pretty much every level. Carmen‘s story is a little better than the average opera (which is to say miles ahead of The Flying Dutchman) but what really makes it stand out is the strength of its libretto. With great consistency, the literal, unpoetic, endlessly repetitive librettos are the worst thing about opera. But Henri Meilhac and Ludovic Halévy’s work on Carmen is bright, full of distinguishing character detail, and at times genuinely funny. Director Joel Ivany’s updated production is modern, energetic, and thoughtful, especially in its tonal contrasting of jubilance with horror. The violence of the piece is never shirked aside as expected operatic tragedy even when the choreography is somewhat awkwardly delivered by the performers. The cast in general are better actors than one can usually expect at the opera and the presence of four major roles for women allows the COC to show off some of their up and comers (Ariane Cossette in particular radiates with main character energy in the supporting role of Frasquita). In the title role, J’Nai Bridges is a commanding presence who sells the character’s absolutely essential charisma with an honesty I’ve rarely seen. Her voice is a little muddy, which may grate on those who come to the opera for different reasons than I do, but her overall performance in a complex and sometimes maddening role for me was plenty to cheer for. It helps that she is paired with one of my very favourite tenors Marcelo Puente whose honey voice and earnest charm lend interest to the detestable Don José. The ensemble is on point yet again, aided by an army of supernumeraries and child performers who make the world of the performance feel sprawling. The spoken dialogue will never not be weird for me as the performers apply the phonetic learning that holds them in great stead with lyrics to actual lines to mediocre effect, but Bizet’s score is full of bangers and the story has enough well-developed character and serious action to give the production a real sense of consequence.

This season has something for everyone. For me, Carmen is the clear winner, but I’m not a classic opera fan. For musical clarity and technical proficiency, The Flying Dutchman has everything you need where Carmen might be a little rougher around the edges. But as a fully realized theatrical experience, Carmen is so much more rewarding.