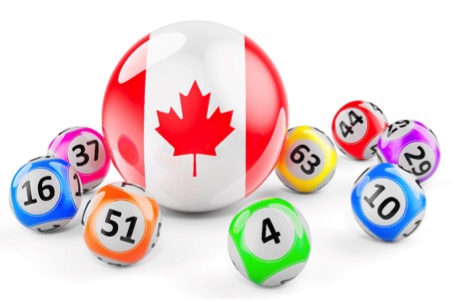 The Lottery is one of the few casino classics that didn’t have to claw their way into acceptance in Canada. In fact, the game was first introduced to the country in 1970, in Quebec – known as Loto-Quebec. Formulated in 1969, although not debuted until a year later, this was the first Canadian corporation to deal primarily with lotto administrations. This then paved the way for the rest of the provinces to follow suit, eventually coming together and forming a National Lottery in 1974 – which still stands today!

It’s perhaps this rich history that keeps people coming back for more – and why so many lucky Canadian residents have wound up winning the big bucks this year!

When they heard about the CA$70 million Lotto Max jackpot, we’re sure that this Ontario couple never imagined that they would be the ones to trigger it. Entering from Noelville, Marc and Dorothy-Ann went on to test and validate their ticket over a dozen times before they could accept that they really had won the top prize!

“I’ve only seen it [happen] on TV.” Her husband added.

The suspecting pair planned to buy a house in the Sudbury area first, before donating to local charities and taking themselves on a sightseeing tour around Canada.

Oshawa, Ontario resident Roman Stanko was the next big winner, after he matched up five main numbers in the Daily Grand Lottery. From here, he was given the choice of CA$25,000 a year for life or just one lump sum of CA$500,000. At the age of 61, Stanko decided to take life by the horns and take all of the money in one chunk.

Stanko was using the OLG app when he found himself bagging the big win, and was more than happy to speak to the corporation and gush about his newfound bankroll:

“My favourite games are Lotto 6/49, Lotto Max, and most recently, Daily Grand.

“This is my first big win!”

We’re not surprised that Daily Grand has been added to that list!

Chris Winterbottom, from St. Catharines, went on to bag an impressive prize when he tried his luck with the Ontario 49. A 37-year-old single dad, Winterbottom decided to base his number selection on significant dates in his life, giving his bet even more meaning.

So used to not quite finishing on top, the service manager almost missed his win. At first, he scanned his ticket online and thought that he’d only won CA$2,000! He said:

“When I realized I [had] won CA$2 million I was kind of taken aback! I’m pretty sure you could have seen my heart pounding out of my chest.”

Remarkably, Winterbottom’s main goal when plotting out what to do with his winnings was to donate to a cancer centre in honour of his mother’s journey. In his own words:

“I would love to have her name on a plaque so everyone can know how much of a warrior she is.”

What a lovely way to celebrate such a well-deserved win!

And there you have it – a snapshot of just a few of the worthy winners from this year’s Canadian Lottery games. Whether you like to play in person, or indulge in one of the many Lottery games available online, or your province’s equivalent, the big bucks are always up for grabs. Will you be the next big winner to grace the Lottery hall of fame?