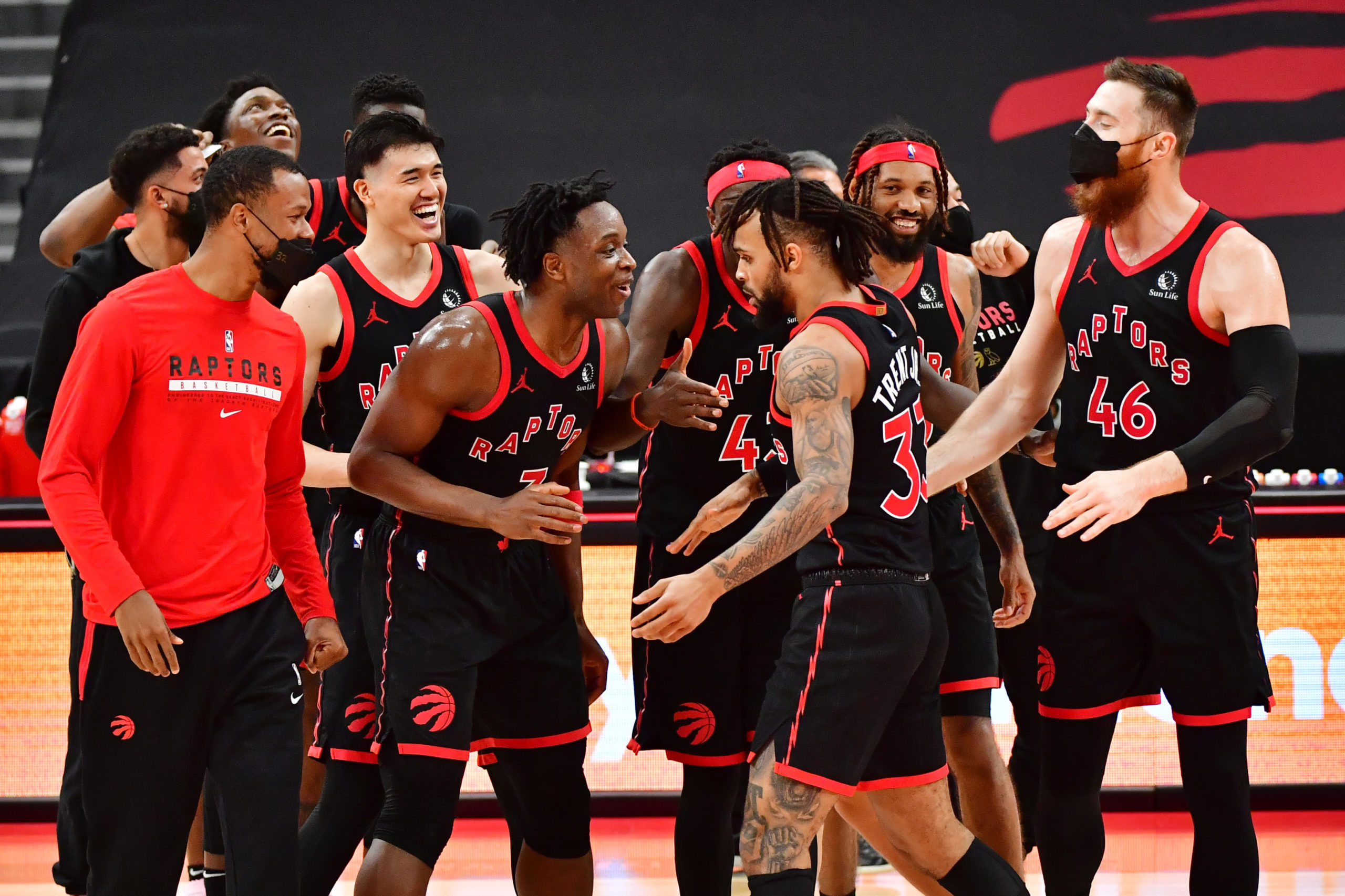 Toronto Raptors: Can They Bare Their Claws in the Eastern Conference This Season?

The past couple of years have been rough for the Toronto Raptors, especially as the franchise has had to play most of its home fixtures in Tampa. The NBA’s only team in the Great White North returns to Canada for the upcoming campaign, which is why the excitement level among the fans is high. However, not everything has gone to plan now that Kyle Lowry has emigrated further south. Will the feel-good factor be enough to propel the Raptors into a playoff place this season, or will Lowry’s departure tank the team’s morale? It’s easy to believe the latter, but the reality is that the Toronto Raptors have an excellent opportunity to finish in the top eight by April 2022.

A Well-Rounded Roster
Kyle Lowry may be one of the greatest Raptors to ever play in Toronto, and his presence will be hugely missed, but the franchise wasn’t a one-man band when he played. Now that Lowry is no longer available for selection, there’s an argument that the Raptors will be a better-balanced side.

Firstly, the point guard leaves a massive hole to fill. However, Toronto is a team with incredibly talented young athletes who are hungry for success. So, they will have an opportunity to shine, since they will get more court time. Secondly, trading Lowry meant they could secure guys who maybe aren’t as talented, yet who bring more to the table. Khem Birch is a prime example because he’s a big guy who should improve the Raptor’s play around the rim, offensively and defensively.

Pundits may say that Toronto is nowhere near as talented as their Eastern Conference peers, and they could be right, but you shouldn’t underestimate the power of a well-oiled machine.

The Play-in Games
Typically, the best eight franchises from the East or West make it to the NBA playoffs. This year, things will be a little different since the organisation is introducing a play-in element to the playoffs. The equation is simple – the teams with the ninth and tenth-highest winning percentages from the Eastern and Western conferences will make it through to the post-season.

Many people believe the Raptors will sneak into the top eight regardless. Of course, the play-in aspect of the season means there is a safety net for Toronto to fall back on. And looking at the stats, historic and current, it’s hard not to assume Nick Nurse’s men won’t be at the front of the line. For starters, last season was the first time in eight years that the franchise failed to make the playoffs. If you combine this with what the bookmakers think, you begin to see the bigger picture because betting on sports often reveals a lot about a team’s chances. In this case, the Toronto Raptors are 10/11 to score over 36.5 regular-season wins. This number of victories will put them in a powerful position, especially with the inaugural play-in format getting underway next April.

From that perspective, the Raptors’ fans have real cause for optimism for the upcoming season.

The Eastern Conference is tough, yet if all goes well and Nick Nurse and his men get the luck they require, the franchise could put last campaign’s disappointment well behind them.