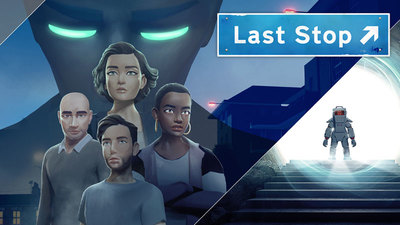 Last Stop is an online adventure game that features various chapters. The plot of the game unfolds slowly through a series of interconnected stories. Initially, it is a slow-burner game. However, the cliffhangers and characters are introduced with each chapter, having many players completely intrigued. And they are always itching to know how every chapter gets resolved.

Variable State is the designer and developer of the Last Stop game, and Annapurna Interactive is its publisher. This single-player adventure game is compatible with a wide range of gaming platforms, including PCs, PlayStation, Xbox, Switch and Microsoft Windows. The game takes place in modern London and closely follows the lives of average citizens.

The entire game is spectacularly British, meaning it is a perfect match for individuals looking for the current-day London bottled in an online video game. Currently, there are many top crypto gaming source options that offer this new game. So keep reading to discover more.

The Theme and Gameplay

Last Stop is set in modern London. It centres on three main characters, which include Meena, Donna and John. The worlds of these three characters collide in the middle of a supernatural crisis. A perfect anthology drama, the Last Stop game features three tales under a single title. The game’s theme primarily focuses on secret lives, how magic can be established in the mundane and the ties that bind.

When it comes to the gameplay, Last Stop is a third-person game. The players have the freedom to control one of the three characters. They control what they can say and perform in terms of mini-game interactions.

As mentioned earlier, the game has three main characters, and each of them has dedicated chapters. After completing all of the three chapters in a given round, players can move to the next set. In one chapter, players will step into John’s shoes, navigating through a tough day of work with all the basic tasks that it entails.

As you go through these basic tasks, you will find clues about character backdrops. Some of the issues that John faces as a single dad include the likes of health problems and having trouble with social services. All this means that he will not provide his child with all the attention that she requires. That is just part of the game.

Going through the experience and tasks of characters is a perfect exercise in terms of building empathy. The Last Stop game discusses the Mundane, but the good thing is that it keeps all players engaged, whether it is by needing them to steer their characters, quickly fire off various dialogue responses and engage in mini-games. There is a plethora of British humour, with lots of inventive ways to rib other game characters.

Aside from banter and snarkiness, the game’s dialogue options feel appropriate for every character and play a vital part in presenting their global view.

Developed by Variable State, Last Stop is the second game of this developer. But it is the most popular. Variable State is a British independent online game developer that was established by Terry Kenny and Jonathan Burroughs, former developers with the famous Deep Mind Technologies.

Lyndon Holland, the winner of the British Academy Games Award 2016, is the composer of the game. Last Stop was first released at Microsoft’s Xbox event in London in November 2019. And more information about this game was shared in July 2020 during the Xbox Games Showcase.

Last Stop is a perfect game for players looking to explore London. The game is perfect at imparting the whole mood of this popular city as the chapters open up by making characters walk through the London streets.

The final touches of the game are still in progress since its developer does not want to release a product that has lots of small issues. Hopefully, the final game will be a perfect match for every source, provider or player.