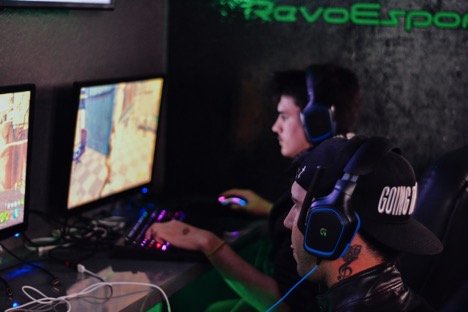 Video Games: Why You Should Play Them

Video games as well as slot games in gambling venues like PlayAmo casino Canada, are an important part of modern culture, but many are still skeptical about them and consider them a waste of time and in vain. Armed with scientific research, we’ll explain exactly how video games can make you and your life better.

Surely for most gamers, this is a completely obvious thing, and no research is needed here. After all, in order to relieve stress and emotional release after a hard day, you often just need to switch to some other activity that will captivate us so that we forget about our problems – and computer games work here in the same way as books, movies, and TV series.

For those who have little personal experience of players, scientists at the University of Central Florida in Orlando studied the issue and confirmed that video games help to recover faster from the stressful experience. They published such research results in 2017. Scientists asked 66 subjects to take a five-minute break from work, giving half of them the opportunity to play a video game and then measuring the level of stress and cognitive fatigue, as well as the state of mood. It turned out that the performance improved only in those who played, and those who had a regular break almost did not feel the difference.

Researchers at the Max Planck Institute for Human Development in Berlin in 2013 published a study confirming that video games improve the functioning of the human brain. The process of playing video games affects the areas of the brain that are responsible for memory, spatial orientation, information organization, and fine motor skills.

For the study, the researchers asked one group of subjects to play Super Mario 64 for half an hour a day for two months, while a control group did not play video games. As a result, it turned out that during this month the amount of gray matter of the brain increased in a group of players, which affects the functioning of certain areas of the brain, as mentioned above, while this indicator did not change in the control group.

This confirms that video games help train certain skills. This is because video games are an interactive environment that encourages brain activity. The gameplay requires the player to be attentive, remember his good and bad moves and plot twists, coordinate visual perception and reaction to what is happening, apply logical thinking, and think several steps ahead – and this is not the whole list, because games are different and put in front of the players different tasks.

Video Games Help You Maintain Relationships With Others

Another prejudice against video games is that they make people withdrawn and do not contribute to socialization. It seems, first of all, it is associated with the image of a self-contained hacker, typical for popular culture, who usually spends time at the computer and almost does not know how to communicate with people.

Meanwhile, in the same survey by the University of Nijmegen, there is a reference to a 2012 study conducted by the American Association of Game Software and PC Game Manufacturers, according to which 70% of gamers prefer to play with friends – to work together or compete within the same gameplay.

The review also cites a variety of studies showing that multiplayer games like World of Warcraft, in which players must work together to be successful, contribute to the development of a behavioral model of helping others outside the game – but there is no definite answer as to how long-term this effect is.

But do not think that video games are only for teenagers, because it is the same opportunity to have fun with friends, like going to the movies or playing sports together, regardless of age or gender. It is all the better that they contribute not only to socialization but also help to develop some skills and abilities.