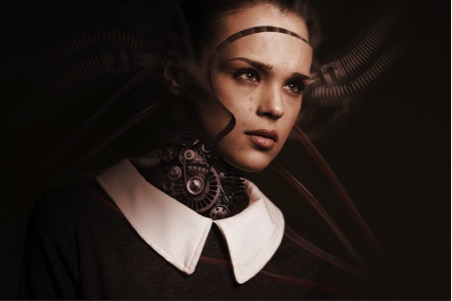 Why Google Glass and 3D Movies Are Going The Same Way

When Google announced their new smart glasses in 2012, the video trailer was met with skepticism. While some were excited about the newest innovation in wearable technology, others wondered about the impact it would have on human life. Smartphones had already changed the way we related to each other. Having smartphone functionality in front of our eyes at all times seemed almost dystopian.

Google Glass stayed in the collective consciousness for more than half a decade, but it never quite took off. Google smart glasses have been very useful in particular situations – including in surgical scenarios and in helping children with autism – but they were never meant to be niche. They were meant to take the world by storm, changing the way we used technology and interacted with life itself.

The same can be said for 3D movies. James Cameron delayed producing Avatar for years, until the technology for 3D movies could see his vision fully realized. The hype worked to make the movie the most successful movie of all time at the box office for a decade. But few people were sufficiently impressed with this supposed evolution of entertainment.

In 2021, movies are still being produced to be seen in 3D, but few moviegoers particularly care. In fact, some even prefer 2D movies, citing headaches caused by the 3D technology, and the annoyance of having to wear plastic glasses for a couple of hours.

The promise of augmented reality

Both Google Glass and 3D movies aimed to change our perception of virtual reality. They were meant to meld the virtual and real world much more closely together. The same can be said of Augmented Reality (AR), which Apple introduced into their iPhone operating systems with much pomp and circumstance.

As with Google smart glasses and 3D movies, AR has stuck around and has some cool uses. But it hasn’t quite justified the hype just yet. The reality seems to be that, while we all feel like we need to have our phones with us at all times, we are still holding onto a separation of technology and lived experience.

Over the past few years, the decline of products like Google Glass has not just been a passive lack of uptake. On the contrary, shows like Black Mirror have repeatedly portrayed dystopian realities in which technology is far too integrated with real life. Whether a chip that records everything and allows you to live back all memories or an app which tells us how to feel about every single person and experience, the idea terrifies many.

In everyday life, people are also recognizing how constant screen time can negatively impact them. You can see from the proliferation of women and men’s blue light glasses that individuals have learned to put a barrier between themselves and their screens. Even our phones now update us on our screen time, as we strive to keep our eyes off our various glowing rectangles.

There is something strangely optimistic in this, as if tech companies are learning that humans are not going to unconsciously slide into a robotic future. Technology that takes augmented reality to the next level has not taken off, and in fact is on the decline. Google Glass and 3D movies are two clear examples of this phenomenon.