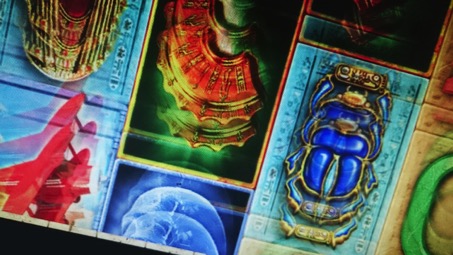 During the pandemic, we all had a bit more free time, and everyone used this free time in their own way. In Canada, 58 percent of the adults say they have spent significantly more time in gaming. This applies not only to videogames, but traditional board games and online casino games too. This article will break down the top 3 games of each game-type during the pandemic.

The last year and a half might have been the craziest period of time for the gaming industry. New gen consoles were already sold out when they were in presale. And existing games have broken numerous of sales records. Fortunately, during this period there have also been some great new releases for existing consoles and PC.

Taking the number one spot for video games is the third person shooter Outriders by People Can Fly. It borrows little ingredients from games like Destiny, The Division, Overwatch and pretty much every other popular shooter game from the past five years, and turned it into a RPG full of rich storytelling and worlds to explore.

There are not many certainties in the world of gaming, but you can always count on one. Nintendo never ceases to satisfy it’s loyal fanbase, and Super Mario 3D World + Bowser’s Fury is another verification of this statement.

Agent 47 is back in which will be the last of the Hitman series, their developer already confirmed. Hitman 3 honors the tradition laid out in the previous two games, this time sending Agent 47 to Berlin nightclubs and the neon streets of Chongqing to furnish his grim career. Do you enjoy violent action from the highest shelf? Then I recommend you not to miss out on this game.

The triple A console video games are not the only video games that have been played more during lockdown. Online casino games, also known as slots, have also been played considerably more.

Step into the ancient mysteries that Book of Dead has to offer. In this slots, you join protagonist Rich Wilde on a mysterious adventure in search of sacred Egyptian treasures! High RTP, wide choice of betting limits and big wins are all characteristics of this slo. Definitely worth a try.

Wins of Fortune is a delightful game that incorporates a great martial arts aspect into the Asian-themed spins, as well as some completely unique gaming elements like as reel re-spins and a 259-way super spin to top it off. People enjoy this slot and it’s clear why. In addition, this slot can bring incredibly high payouts in the bonus feature.

Jammin’ Jars offers a unique combination of conventional fruit slots and disco! The player must harvest a variety of fruits and squeeze them into jam in this intriguing Cluster Ways slot! Jammin Jars is likely one of Push Gaming’s greatest slots, and the company is recognized for producing high-quality games in general.

A notable observation during the recent period was the sudden increase in board games sold. For years, it seemed that board games were slowly dying out. But thanks to the lockdown, they are now more popular than ever. It has brought the video game generations into contact with traditional games. In addition, leading brands have also released new board games. Are you curious to know which ones are worth trying out? Read a top 3 here.

Scythe is a board game set in a 1920s parallel history, just in the wake of the Great War. Each player represents a fallen leader striving to reclaim their honor and lead their faction to dominance in Eastern Europe in this 1920s board game. To rebuild their land and win the game, players must capture territory, enlist fresh soldiers, reap resources, gain villages, create structures, and initiate monstrous Mech.

Betrayal at House on the Hill

Betrayal at House on the Hill by Wizards of the Coast is a breath-taking thrilling boardgame with over 50 possible fiendish scenarios. As a result, you will always experience a refreshing game. Your fear will grow with each tile you place as you investigate a house filled with dreadful monsters and deadly secrets. The dozens of danger-filled rooms will make you  return to the house again and again – as often as you dare.

In Outer Rim, you play as an underworld inhabitant on a mission to dominate the Galaxy. You’ll take your ship to the far reaches of the galaxy, hire renowned Star Wars characters to join your crew, and aim to become the galaxy’s most famous (or infamous) Outlaw. It won’t be easy, though. The factions of your opponent are also looking to build a name for themselves. Do you have what it takes to make it on the outskirts of the world?