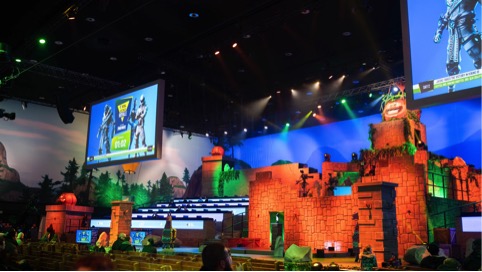 Why esports are here to stay

It’s fair to say that many people were pretty sceptical about esports when this competitive gaming phenomenon first came on the scene. But it looks like esports is now a world beater and many traditional sports organisations are starting to take some tips from how competitive gaming has shaken the world.

You only have to look at the rampant success of massive esports tournaments like LoL Worlds to see how far pro gaming has come. This annual event for the League of Legends battle arena game regularly clocks up a 23 million average minute audience. Such figures are all the more impressive as they now eclipse the deciding games of sporting institutions like the NBA Finals, the Stanley Cup and the MLB World Series.

Much of this is down to the fact that esports is managing to attract a younger demographic in ways that traditional sports can only dream of. Part of the reason why the European Super League was attempted was down to the view that people thought that viewing figures of soccer matches were stalling.

One of the key figures behind the failed soccer league said that, ‘Young people are no longer interested in football. They have other platforms on which to distract themselves,’ It’s easy to see why many people believe that this statement is referring to esports.

Recently we’ve seen no shortage of sporting stars showing their interest in esports. From soccer legends like Neymar wearing boots based on Fortnite to basketball icons like Rick Fox actually buying esports teams, it seems that there’s no slowing down the pro gaming revolution. Plus when even the leading betting site featured at wetten.com has gained its fame for its esports bets, it’s easy to see why things are changing fast for competitive gaming.

How esports rose to power

Esports is one of the surprise entertainment sensations of the 21st century. What people once saw as a pretty niche activity has now gone mainstream with major attention foisted on competitive gaming from some surprising areas.

Regular sports networks like ESPN now give a fair amount of air time to covering esports tournaments and even classic UK broadcasters like the BBC regularly cover contests for everything from League of Legends to Dota 2.

All of this has been done to try and seize some of the massive audiences that have been built up on streaming services like Twitch. As of 2021, there were an estimated 26.5 million daily active users on Twitch and such impressive figures won’t have been lost on advertisers.

Recently we’ve seen no shortage of multinational brands attempting to jump on the esports bandwagon. Some of these have made perfect sense like the Intel Extreme Masters pro gaming tournament, while some of McDonalds esports-themed meals might not have been quite so successful. But with everyone from car brands like Hyundai to Etihad Airways starting to sponsor esports teams, it shows that there’s plenty of money flowing into this relatively new entertainment genre.

Where will esports go from here?

It’s clear that esports is now an established force. Any industry that’s expected to reach a value of $1.9 billion by 2022 is clearly moving in the right direction. However, it’s clear that esports is only just getting started. While games like League of Legends, Counter Strike: Global Offensive and Dota 2 have been ruling the roost for many years, it’s evident that there is a new generation of games that won’t be ignored. Many battle arena titles like Fortnite and Apex Legends have shown themselves to be well suited to esports. Plus we have also seen successful esports tournaments for mobile games like Clash Royale.

It’s also evident that esports is a truly global operation. While it used to be focused in areas like South Korea, Europe and North America, new esports hotspots are opening up everywhere from Brazil to China. Plus with Japan finally taking the initiative to jump aboard the esports bandwagon, it looks like we could be in for an interesting few years.

Although esports won’t make its appearance at the delayed Tokyo Olympics, it looks like talks are already underway to see if competitive gaming could work at the Paris Olympics in 2021. All of which could be the biggest moment for esports so far.