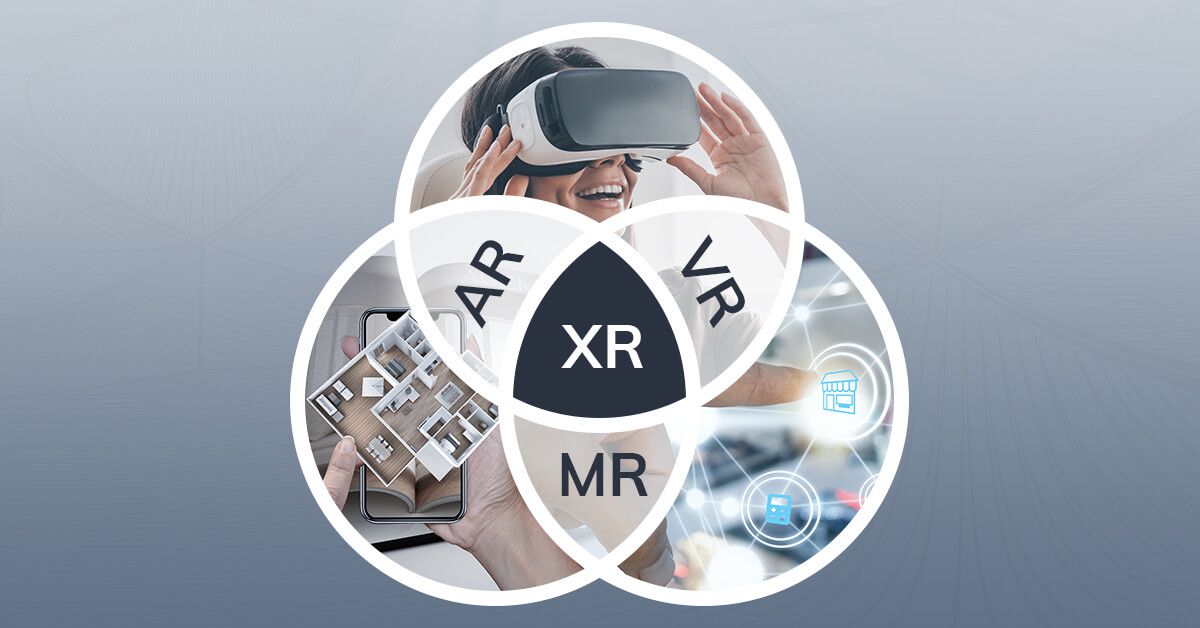 Gamblers know how important it is to stay ahead of technology. To play the latest games on the best online casino sites, you need to keep a close eye on every development in the iGaming industry. “Different Reality” technologies are one of these developments, and it concerns not only iGaming but all sectors. Technologies such as extended reality, augmented reality, virtual reality and mixed reality literally change our perception of what is real. But what do these terms really mean, and how are they different from each other? What do they offer you, and what should you expect from them? We answer all these questions below.

VR is the oldest of the reality technologies but still quite impressive. The history of this technology goes back to the ’80s, and its emergence as a concept is much earlier. Even in the works written in the 1930s, it was described in detail what it would look like. VR technology requires specially manufactured glasses. These glasses have a high-resolution display called HMD (head-mounted display). It also has headphones to create an immersive effect. When you wear the glasses, you only see a virtual world on the screen, and your body movements (e.g. turning your head) change the view on the screen.

The first modern usable example of this technology was produced by Oculus Rift in 2010. As can be guessed, Rift VR technology was developed for gaming. HTC and Sony also produced their own VR devices, but the goal was still to play: VR technology is used mostly for computer and console games today. This is a very expensive technology because glasses do not have the necessary hardware to play games. They have to be plugged into a computer and use the hardware of that computer. Moreover, this must be a very powerful computer because VR images need tremendous processing power. Glasses manufactured by Oculus, HTC and Sony are still on sale for $600 to $900, and when you add a powerful computer to the list, the total cost goes up considerably.

Fortunately, you can get a similar experience at a lower cost: there are also glasses that do not have a screen, which means they are only a “case”. Prices for such glasses are only 15 – 20 USD, or you can even make your own from cardboard if you want. There is a slot on the front of these glasses where you can put your mobile phone, so you’ll be using your phone’s screen. Also, you don’t need to use a computer. However, the games you can run and their graphics quality are limited: cell phones are not as powerful as computers. Likewise, cell phone screens are not as high resolution as HMDs. Nevertheless, they manage to be an affordable option if you want to see what VR technology looks like.

AR consists of virtual objects placed on a real-world view. This technology, which is mainly developed for mobile phones, does not require equipment such as glasses or computers. If you’re using a mobile phone made in the last few years, you can see what AR looks like right now: turn on your camera, point it anywhere and start adding emojis to the image on the screen. Even try it on yourself: Snapchat filters are a great example of AR technology. You can place just about anything in camera view, from movie heroes to monsters, from cute creatures to aliens. Moreover, these images have their own animations and behave in harmony with your camera movements. However, you cannot interact with them directly. For example, you cannot “touch” them, they are just three-dimensional animations you see on the screen. This technology can be used not only for games but also for different purposes such as home decoration. AR is a fun technology and has practical benefits, and it doesn’t isolate you from the real world. However, it is not possible to say that it is an immersive experience compared to VR. It is the simplest option among reality technologies.

XR represents the next step in VR technology. This is actually a general term used for all Reality Technologies, but practically, it means wearable VR products. We mentioned above the glasses used for VR technology. Well, how about wearing a full-body suit in addition to these glasses? XR is a technology that allows you not only to see but also to feel. For example, if you are shot while playing a game, your suit can make you feel this through a kinetic response. In short, XR is a much more immersive type of virtual reality and uses equipment other than glasses to make the experience even more realistic. There are not many examples available right now, but multiple companies are known to be working on wearable VR suits, and we could see them on the market in a few years.

In science fiction movies, you must have seen actors gathering around a table, creating a holographic image on that table and changing this image by touching. Mixed reality aims to do just that. Its purpose is not to provide an immersive experience but to make things easier by combining the real world and the virtual world together. We can compare it to AR technology using glasses: people still see the real world when they wear their MR glasses, but they can add virtual objects to this world that they can interact with. HoloLens, developed by Microsoft, is currently the only example of this technology. People who wear these glasses can project and touch any three-dimensional image on a real-world meeting table.

That’s it: we hope you are now well-versed on this subject and know what to expect from these technologies. Follow us to know more about tech innovations.