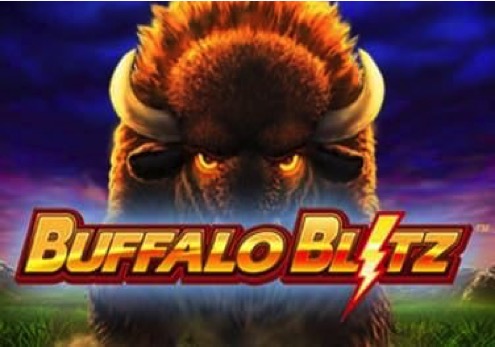 Buffalo free slots by the software developer Aristocrat has inspired some changes in the gambling sector since its release in 2008 in land-based casinos.

The Impact of Buffalo Free Slots on the Online Gambling Market

Aristocrat is the biggest slot machine producer, second only to IGT. Out of its many releases, only a few can boast the global online and land-based success of the Buffalo slot. Buffalo slot machine was released for brick-and-motor casinos in 2008, and it continues to be a landmark in the establishments to date. It is not surprising to walk through a Vegas casino and hear someone shout “Buffalo” when playing and winning big in the slot.

When Buffalo free slots were first released in casinos, they were not as popular as they are today. The game was overshadowed by IGT’s Wheel of Fortune slot that was released around the same time. However, it slowly rose the ranks to become a cult status title. It became so popular that an online version was created that matched the location-based variation. Buffalo slot was so well embraced by the offline and online gaming market that it propelled several changes in both land-based and virtual casinos, some of which are explored in this article.

While Buffalo slot was not the first pokie to feature video slot technology, it helped popularize the game type. The first-ever video slot was released in 1976 by Fortune Coin, and it featured a 19-inch Sony screen for the display. The pokie was featured in the Las Vegas Hilton Hotel, and a few others began popping up in the years after. Even in the 2000s, electromechanical pokies dominated casino floors, and some were still being started by pulling a lever.

Aristocrat’s Buffalo slot was among the first successful games to feature video slot technology, changing the market to adopt the type of free online casino slot games as well. Today, all the pokies found in online casinos feature video technology like the Valkyrie slot machine and progressively improve it.

When online gambling was taking off in the 2000s, software developers often focused on creating unique slot games for the platform. Aristocrat spotted a potential market on the internet for pokies that had already gained popularity in brick-and-mortar casinos. Therefore, it released an online version of the Buffalo slot machine. This move catapulted Buffalo to global success beyond the Australian and USA market, and it held competitive positions on popularity lists. This pokie machine’s success gave other developers market insights on how an online migration can popularize their brands. Since then, nearly all sets that achieve peak popularity in land-based casinos get an online version playable in regular and Bitcoin gambling casinos.

Themes came to rise with the entry of video slots and were used to tell a story while players spin the reels for a chance at payouts. Aristocrat’s Buffalo online slot features a Native American theme that focuses on the culture’s relationship with the bison. The American bison was crucial to the survival of American Indian nations, and they used every part of their body for clothing, food, shelter, jewellery, ceremonies, or tools. The decimation of the animals in the 1800s brought them to the brink of extinction and devastated Native American tribes. Today, they are considered the United States’ national mammal, and there are laws against their slaughter.

Such focus on the bison makes it an ideal candidate for a popular animal theme, and Aristocrat identified its opportunities before other software developers. The software developer also threw in other creatures important to Native American culture like owls, wild cats, falcons, and wolves. Numerous spinoffs of the pokie have been released in honour of the title. Some popular features in these casino games tie to those found in the original game, such as:

These features’ representation differs from one buffalo slot to another, but they mostly have similar qualities to the first slot. Some popular spinoffs of the Buffalo online slot that have snowballed the theme into an actionable market include:

Buffalo Blitz is a Playtech slot released in 2016 that features a massive six-by-four grid with 4096 ways to win. The game takes players to the middle of a bison stampede to collect wins up to 300x the line stake with six bison combo. The diamond plays the Wild and applies a 2x, 3x, or 5x multiplier on the combinations it completes. Three to six Scatters anywhere on the grid award 100 Free Spins.

This Blueprint Gaming slot exploits the Megaways mechanic that offers up to 117,649 ways to win each round. The game pays for combos of up to six characters, and the highest wins when playing this Buffalo slot are as follows:

Aristocrat created the Buffalo slot game to serve low rollers. The game was among the first to accept penny bets from credit cards and other payment forms, giving small spenders a reason to visit online casino sites, enjoy gambling, and claim casino bonuses. This created numerous market scenarios that software developers could exploit with low bet limits that continue to be applied to date.

One of the market insights about the Buffalo slot that is a downside is the pokie’s contribution to the gambling addiction menace. The acceptance of a wide bet range is an upside that allows anyone to gamble, but it exposes those without money to lose to the practice. Today, the habit can be spotted in nearly every corner of the industry, from table games to sports betting.

Buffalo slot continues to be a sensation among players a decade and a half after its release. The mobile casino slot has infiltrated the land-based and online gambling markets and social casinos found on Facebook and other social media platforms.