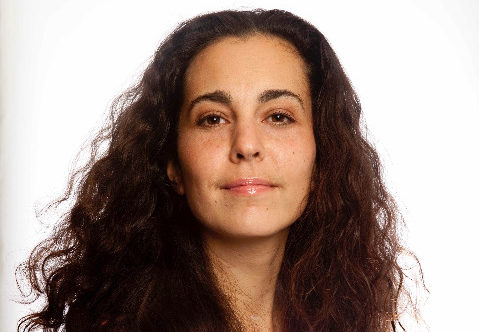 Directed by ARC Artistic Producer Christopher Stanton, and Resident Artist Aviva Armour-Ostroff, Outstanding Production Critics’ Pick Award winner OIL was full of compelling and quotable dialogue driven by stirring, nuanced acting. The production was a well-crafted and incredibly moving piece of art that carefully weaved a poignant story. OIL painted an oftentimes dark picture of what can happen to those who are trampled by forces much larger than they, while highlighting a delicate balance of humanity and realism with fantasy and futurism.

Do you remember your first formative experience with theatre?
My first memory of theatre is being on stage in grade one. It was a production of some Hans Christian Anderson story and I was part of the chorus. We sang “Inch worm, inch worm, climbing up the marigold,”. I remember the feeling of being part of the little kids, recognizing I was little, and the sensation of being watched by the audience.

In grade nine at Etobicoke School of the Arts we had to perform fairy tales. The witch was making a potion behind my back, adding eye of newt, wing of bat, etc. Before he fed it to me, I improvised, saying “I hope there’s no meat in there, I’m a vegetarian.” The audience erupted in laughter and I felt like a genius. Hooked.

Who are some of the artists who’ve always inspired you?
Chris Stanton. His patience with actor’s bullshit and his ability to create magic from what feels initially absurd to me, has taught me a lot about collaboration, taking risks, and artistic vision.

How did you get involved with ARC?
I was first involved in the 2000s. Gord Boland invited me. I was involved in a few readings. But I came back and really became committed when Chris asked me.

What drew you to Ella Hickson’s text?
The play is epic, spanning generations and continents. It was a good fit for our company of actors. As we are drawn to often dark, socially relevant texts, Oil addressed some very potent and topical themes in an intelligent and often humourous way.

How did you assemble the OIL team (including the cast)?
We always start with our resident company, which is a pleasure to cast. We try to give people good roles that challenge their stereotypes or usual parts. This show required very specific casting that we didn’t have within our company: age and language abilities. We auditioned a lot of incredibly talented actors. Wow, we are a rich industry in Toronto. So we met a lot of new, fabulous actors, and were very delighted/lucky to cast Lily [Gao], Shadi [Shahkhalili] and Nabil [Traboulsi]. Chris had worked with Sam [Brown] before, and wanted to work with her again, so she was asked to join our ranks. Closer to production we had to recast a few parts, and both Chris, the company, and I were big fans of Courtenay [Stevens] and Cyrus [Lane], so that’s how they came on board. Ultimately, there is a lot of talent to choose from, and we wanted to prioritize working with nice people. People eager to collaborate, exchange ideas, offer input and accept other points of view. And, across the board, that was our cast: talented, smart, and kind.

ARC is a holistic, collaborative company. Give us some insight into how the different departments came together to achieve the overall effect of the production.
Great question. I’d say it’s different with every show, but ultimately, it’s about communication that leads to collaboration. If an actor has an idea about the set, they are encouraged to share that idea (at the right time, obviously), and designers are valued as contributors to the story from day one of rehearsal: as much as possible, they sit in on rehearsals. The design is integral to the internal lives of the characters, and vice versa.

The story spans 200 years and multiple continents. How did you approach differentiating each setting but maintaining the cohesion?
We attempted to use the set, costumes and props as through lines. For example, in the 1800’s, all props were made of wood, in the 1920’s fabric, in the 1970’s plastic, etc. You’d watch the props evolve through time. The wood stove would become a microwave. The characters had a colour splash that traveled with them through time.

Walk us through the rehearsal process. Was there a lot of table work? Did you rehearse in chronological order?
We had a week long workshop where we spent a lot of time discussing how this play was relevant to Canada today in terms of resource extraction and specifically Canada’s involvement in global oil extraction. That was an enlightening and depressing week. We very quickly got on our feet when it came to rehearsal, as we had a lot to cover in a short amount of time. Because Chris and I had divided the acts (me directing parts one and three, he directing two, four and five), we did work chronologically for the most part. And we all worked together when it came to navigating the transitions.

What were some of the most memorable conversations you had with your team throughout the rehearsal process?
Learning about Canada’s oil and resource extraction history was eye opening, to say the least. We had experts talk to us about this country’s past and continuous impact on Indigenous land here and abroad. We spoke a lot about how to make this play relevant and what our responsibility is as artists on stolen land.

What were you hoping your audience would take away from OIL?
I hoped audiences would be entertained, transported to different times and places. I hoped they’d think about our industrial history and what that may mean for our future, and ultimately, I hoped audiences would feel activated to empower their economic choices, becoming more thoughtful about how their purchases and way of life impacts the environment, including peoples that live outside their sphere.

Do you have a favourite moment in the production?
Too many. It was the experience of building this show that stands out to me as a favourite. Although Baharah [Yaraghi] as May in the final act, who had been elegant and powerful and articulate throughout the entire production, sings to Bieber in a complete clown turn: that never failed to bring me great joy.

OIL had to close early when the COVID-19 lockdown began. How can the community help to support ARC through the pandemic? Do you hope to return to OIL someday or has Covid closed that chapter?
People can support ARC by keeping in touch with what we produce next. We are going to continue making plays. Maybe a film. And when the time finally comes, support us by gathering with us at our next production. Unless someone wants to give us a truck load of cash to remount Oil, we were lucky enough to get two of our three week run in, so it feels done. Happy to make a movie of it, if someone wants to give us four truckloads of cash.

Do you have anything you’d like to add?
Theatre will emerge from Covid like a Phoenix. I cannot wait.