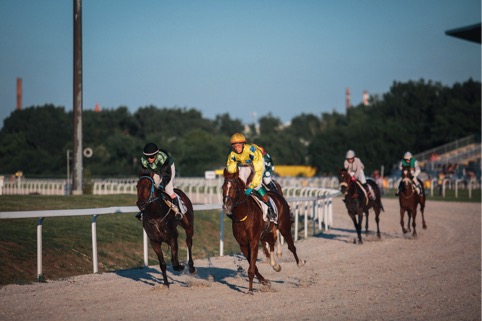 Why celebrities are crazy about horse racing

You’d think that celebrities are too busy updating their social media accounts to do anything as trivial like horse racing. But it seems that this classic sport is finding more and more fans among our movie and music stars. You can’t go to a big horse race like the Melbourne Cup without being jostled by the likes of Gigi Hadid, Paris Hilton or even Snoop Dogg.

From iconic movie directors and stars like Steven Spielberg and Liz Hurley to music legends like MC Hammer and Toby Keith, it looks like horse racing is something that you get into when you make a name for yourself. Even the Queen of England has got her own racehorses! So what is it about horse racing that makes it such an essential part of the modern celebrity lifestyle?

OK it’s no secret that celebs are drawn to money like bees to honey. As horse racing is known for being the ‘sport of kings’, then it’s self-evident that it’ll be used by celebrities to boost their social standing. After all, when star soccer players like Wayne Rooney start buying racehorses, it’s clear that they’ve probably got more money than sense. Just so you know, the cost of buying a racehorse starts from around $15,000!

Of course, most of us mere mortals aren’t blessed with the financial firepower to just nip to the shops and bag ourselves a champion thoroughbred racehorse. In fact, the closest thing that we’re going to get is to visit one of the best betting sites for horse racing in Australia at www.captaingambling.com and bet on some celeb’s racehorse.

Plus it clearly means something when you start moving in the horse racing circles. From the Saudi sheiks who own many of the world champion racehorses, to the Queen who actually has a pretty good record in the horse racing world, it seems that this sport is a cut above what you’d get at a standard UFC fight.

Style and glamour at the biggest horse racing meetings

Of course, horse racing is about much more than the money. It also gives our most flamboyant celebrities the perfect chance to get dressed up for that big day at the races. All of the most famous horse racing meetings have something like a ‘Ladies Day’ that might sound a little patronising, but it is actually a good excuse for an eye-popping fashion show. This is because everyone from a catwalk queen like Gigi Hadid to an ordinary nobody like you or I will be encouraged to wear an outrageous dress complete with a ridiculous fascinator hat.

Obviously, there won’t be an outpouring of glamour at a typically rainy race meeting at the Wetherby racetrack in the UK, but if you go to one of the highlights on the horse racing calendar, you won’t be able to move for A-listers and their paparazzi.

There is little doubt that the Melbourne Cup in Australia has grown to have a magnetic pull for most celebrities even if they have absolutely no interest in horse racing. Just take a quick look at some recent Melbourne Cup attendees and you’ll see supermodels, actors, rap stars, pop queens, aspiring starlets and a whole bunch of people we’ve never heard of. While we’d like to think that these celebs are there to analyse the bookie’s odds, it’s probably more likely that they are there to wear those designer dresses and get snapped by the paparazzi.

Next rung on the career ladder?

We can’t overlook the fact that many of these celebrities might have gotten into horse racing due to the fact that they are monumentally bored. After all, what do you do when you’ve won all of those Oscars, Emmys and Grammys?

So it’s not too much of a surprise to find that everyone from faded rap icons like MC Hammer to legendary movie directors like Steven Spielberg have taken the next step and actually bought their own racehorses. All of which shows that there is no stopping these celebrities from gradually taking over the world of horse racing.