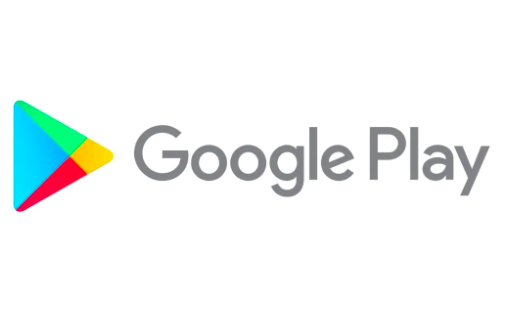 Policy changes at Google will now allow for gambling and betting apps that are playable for real money to appear in the Google Play Store, turning the longstanding ban over earlier this month. Android users will have access to sports betting, online casino games, lotteries, and daily fantasy sports through apps available in an additional 15 countries, adding to the four countries that already offered apps of this kind.

The announcement of the end to the restriction on gambling apps fueled a jump in shares of major sports betting companies like DraftKings and Penn National Gaming. A boost in activations on betting apps is anticipated, with mobile sports wagering growing immensely in popularity.

On the Google Play Support site, the page now reads, “We allow real-money gambling apps, ads related to real-money gambling and daily fantasy sports apps that meet certain requirements.” Those requirements depend heavily on which country and state the apps are operating out of, with Google’s guidelines interacting with state, federal, and international laws.

Developers looking to host their gambling app on the Play Store must complete a gambling application form and provide proof of a valid gambling license for the location of operation. The application outlines agreements like the responsibility of operators to implement age-verification systems and warnings that under-aged gambling is illegal, as well as making sure information about responsible gaming is available and posted on the app.

Breaking down some of the restrictions gets more complex when considering region-specific laws. The United States in particular is a mosaic of historically complicated gambling legislation that has started to shift rapidly since the repeal of PASPA in 2018. Developers and operators who want to release their own app on the American market will want to tread carefully.

In Spain, where Android smartphones are more common than their Apple competitors, the update to policy is welcome news. In the US, however, iOS has control of 61.5% of the market compared to Android’s 38.3%. Apple doesn’t outright ban real-money gambling apps, but the regulations for the Apple app store have become more tricky for developers in the past several years. One of the roadblocks casinos have faced moving to the app store is the new “native app” rule that forces developers and designers to code in iOS rather than HTML5. This means that many casinos can’t just move their websites directly to the app store and would instead have to create an entirely new app to host on the Apple app marketplace.

Gambling-related content and games have a strict protocol as well, even if actual money isn’t involved. “Gambling, gaming, and lotteries can be tricky to manage and tend to be one of the most-regulated offerings on the App Store,” read Apple guidelines. “Only include this functionality if you’ve fully vetted your legal obligations everywhere you make your app available and are prepared for extra time during the review process.” They also require apps depicting simulated gambling to adopt a 17 and older rating. Meanwhile, Apple is facing a lawsuit in California claiming that it enables and profits from illegal gambling in the form of free-to-play social casino apps.

One of the greatest benefits to accessing gambling apps directly from the Play Store is that players don’t have to get the operator applications from a website browser anymore. Before they could be found on the app market, betting apps had to be downloaded from a link to an installer file. Hosting the apps on a regulated platform significantly reduces the risk of accidentally installing fake apps or malicious software from suspicious sites.

Unfortunately, since Google announced the intended change, imposters have been rolling out onto the app store. Posing as popular sports betting companies that haven’t put official apps on the market yet like Bet365, FanDuel, and Fox Bet, offshore brands are trying to fool American bettors with fake apps.

Although many of the offending frauds have been removed from the Play Store, it’s still a good idea to carefully screen any app you download before volunteering any information. The quick response from the tech giant to deal with offshore operators trying to pass as big-name brands notable. Still, the immediate abundance of phoneys and controversial developers doesn’t necessarily bode well in the fledgling stages of the policy change.