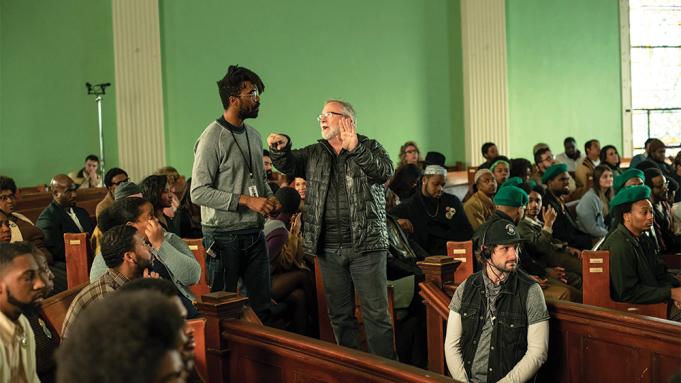 The year 2021 is full of action, thriller, and fiction movies that will make this spring season vibrant for the viewers. You can watch movies like Dune, Black Widow, No Time to Die, and many more. The year will be full of new releases and long-awaited sequels too. You will be able to see your favorite stars in their new avatars, or many stars like Daniel Craig will be seen in their last James Bond movie.

If you are a casino fan, No Time to Die is for you, as in the earlier movies Daniel Craig (James Bond) showcased his poker skills. This spring, you can also try your hands at the best online casino that offers varied slots and live casino games and poker too.

Let us now see a few movies released so far, and you can watch them in 2021.

Judas And The Black Messiah

This historical drama was released on February 12, 2021, which showcases how the FBI attempts to crush the Black Panther Party from Chicago. The background is based on black history. It showcases Hampton’s influence during the Civil Rights era where the American government was dismantling the famous Black revolution of the decade.

This action thriller movie was released on January 15, 2021. This movie showcases how an Arizona rancher becomes the defender of the Mexican boy fleeing from the cartel assassins that pushed him to the US. The drama unfolds as the rancher, and Mexican boy went onto becoming good friends.

The SpongeBob Movie: Sponge On the Run

The movie was set to release in 2020, but the directors announced the new release date marked in February 2021. It is the longest-running popular animated series. The new movie will witness SpongeBob Squarepants back with another adventure. In the film, SpongeBob and his friend Patrick go on a rescue mission to recover Gary. Poseidon has taken him, and SpongeBob and Patrick find themselves in the mystic land of Atlantic City.

This drama-based movie is released on February 19, 2021. The film is based on a novel with the same name that travels from one country to another on short-term fixed jobs. This movie features the real-life nomads playing their real versions as they fell on hard times. The film is on the truth of life that makes it one of the exciting picks.

This adventure, action, and drama sci-fi movie is released on February 5, 2021. The film showcases the future of multilingual and multicultural human life. It starts with the electrifying sequence where the bunch of bounty hunting spaceships is chasing after a ‘careering piece of garbage.’ The actors are shown as the Space Sweepers from the hunter guild that collects the outer space trash. This movie is one of the expensive projects undertaken by the Director Jo Sung-Hee. This is for the audience who wants to see a spaceship, talking guns, laser cannons, and robots-based movie. The sci-fi shots and the future space depiction make this movie a two-plus hour watch.

With the spring season’s onset, many movies that the directors delayed due to some other reasons are finally released. You can experience the best historical dramas to sci-fi fiction thriller movies that will help you sail through your spring holidays with your family and friends. Here’s our pick for the beautiful action, drama, and thriller movies. Even some films are set to release in the coming months, where you can watch your favorite stars.