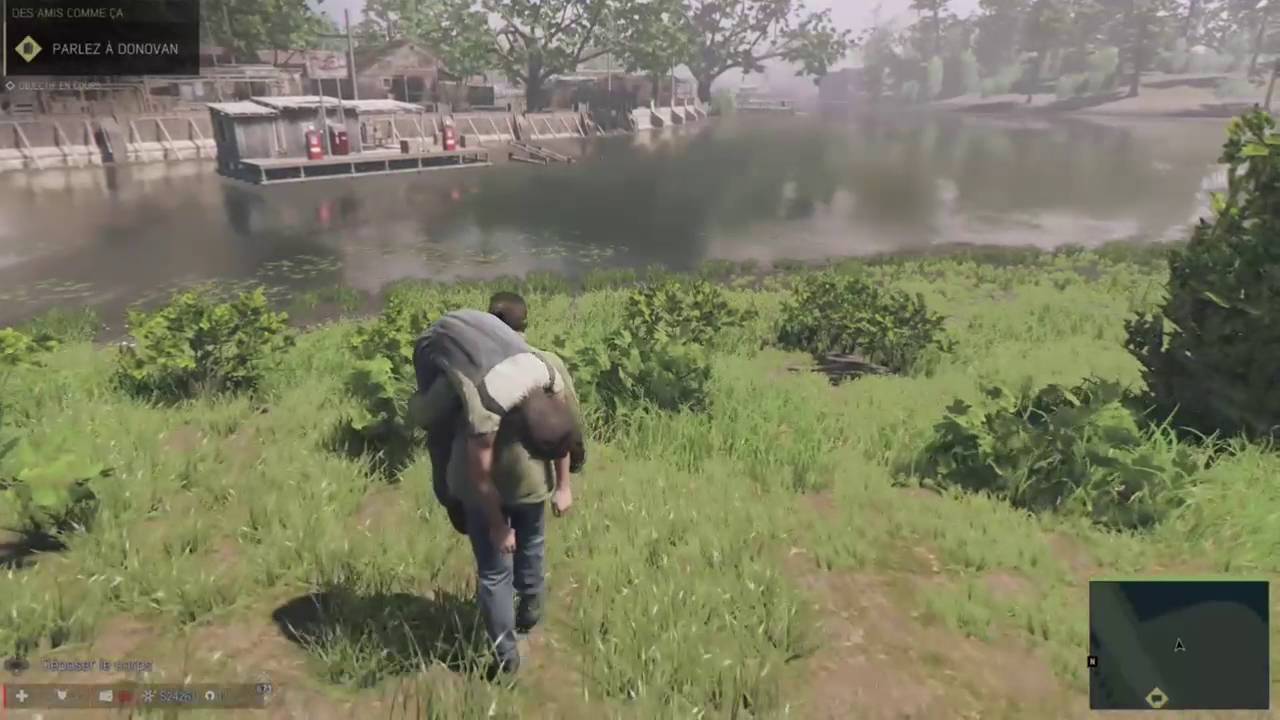 In these times of social distancing and shutdown, our physical world has gotten smaller. For the time being we can’t go out and experience as much as the physical world as we like. For those who have the devices we explore the virtual worlds of video games. Expansive worlds for us to play in, work, fight, and experience. When you plug yourself into these virtual worlds you also plug yourself into a world where there is no real-world consequence. Sure, video game worlds might punish a character for dishonourable actions but there really is no real-world consequences to worry about so you can feel free to turn off the moral centre of your brain.

In-fact some games encourage you to be dishonourable even tempting you with rewards for less than reputable actions with stuff like in-game currency, new items, and personal advantages for your character/avatar. Some even grant achievements. Like in Mafia 3, set in New Bourdeaux, a fictional city based on New Orleans, there’s an achievement called “Bon Appetit” that you get for feeding a dead body to an alligator. Yes, I have this achievement, but to be fair I fed the gators mostly the bodies of dead KKK members….and the one innocent driver who accidentally rear-ended me on the bridge.

I got curious about how dishonourable people can get on video games, including myself, so below enjoy some stories from the video game community about times their in-game actions had less honour than a Karen.

All right I’ll kick things off. I recently got Assassins Creed Odyssey, the one set in Greece. I love this game and been playing it non-stop. There’s a questline called The Goddesses’ Hunt in which you are tasked by Daphne the leaders of a group called the Daughters of Artemis to hunt down and bring back the pelts of a select legendary animals that range from massive Bears to Hyenas. Now it’s important to note that in Odyssey, despite it being an Assassins Creed game, is that there is no way to assassinate these animals or even sneak up on them. One beast was known as the Erymanthian Boar.

I will curse that Boar till the day the sun devours the earth. Boars themselves in Odyssey are annoying enemies so boss Boars are even worse and this one takes the bacon. Not only does it have a poison attack that can cover the whole area but it’s speed and erratic attack patterns make it impossible to dodge let alone counter. I must have died about 20 times before I went to a very dishonourable place to validate my frustrations. You may know this place as Reddit. On the boards there was a suggestion one gamer did to complete the mission. This suggestion was to get other NPCs to do the fight for the player. Now I should note that in Odyssey if your character commits a crime, and an enough of them, the game will send bounty hunters to kill you. The more crimes you commit the higher level and more bounty hunters get sent after you. With that in mind I set about my plan.

I went into the nearest town to where the boar was located and went on a killing spree. I estimate about 20 NPC characters. I got some bounty hunters to chase me all the way to the Boar’s location where after some fancy movement finally got the bounty hunters and the boar to fight each other while I hid in the bushes. I should note this strategy took my three times to get right: the first time I got killed before I reached the boar, the second I only had one bounty hunter and he got killed, the third I got two of them and they finally succeeded. Now bounty hunters are still a dangerous lot to take on in a head on fight especially if there is more than one. I also needed to get the pelt from the animal over which the hunters were standing over. So, I then snuck up on the hunters and killed them taking the pelt for myself. I also then proceeded to pay off the bounty I accumulated on myself because I didn’t feel like laying low or killing the bounty sponsor because at that high a level it’s the region’s leader who is too well protected at this point.

So, in summary to complete this mission it took me

All to kill one boar.

It Is My Destiny To Troll
(Cole Larson- Destiny)

Honestly, I’ve been a pretty good player and teammate, but there was one time when I played Destiny with my friends that I did probably the most dishonourable thing I’ve ever done

We were going to a Raid Boss where we had to drop down from a cliff to engage the boss, but there’s an exploit where you can stay on the cliff and shoot the boss with sniper rifles and rocket launchers

As we were in the middle of the final battle, I had a devious thought cross my mind to troll my friend who only equipped his long distance and heavy weapons

It was my friend, T, his friend, J, and myself (names redacted just for safety). As T was sniping away, I got behind him, crouched low and said, “Time for the Deep End, T!” And I pushed his character off the cliff into the fray with the boss for him to get slaughtered. J and I laughed super hard but had to apologize profusely afterwards.

I’ll have to think about that one! Maybe when I died in Super Smash Brothers, only to jump off the platform and die instantly. I also remember my first boyfriend played my brother’s copy of “Rachet and Clank,” only to save his attempt on the first level over my brother’s game, where he was on the VERY last level (it took my brother months to get there).

I Did It For The Blood Echoes
(David Carcasole- Bloodborne)

I’ve played a lot of games in my life and one thing I’ve always loved is the choice I’m given in how I can play the game. Being able to make good or bad decisions in game based on me just wanting to be good or evil has always been freeing. Especially because in many cases, it didn’t affect the game so much. As Niko in GTA IV, no matter how bad the dates were with Michelle you could always just wait a while, call her back, and go on another one. In Red Dead Redemption as long as no one saw you hog tie an unfortunate bystander and put them in front of a speeding train, the law doesn’t bother you at all. However, it doesn’t always feel good being bad. In fact, sometimes it downright hurts.

The worst thing I’ve done in a video game comes from my time in Bloodborne, a game by From Software who as a company are known for making incredibly difficult and rewarding titles that allow you to make your own choices in the world and discover the story through exploration. Inside the Hunter’s Dream, which acts as a hub world for you to rest up, repair your weapons and warp to different areas, you find a doll. Besides being the nicest person you’ll meet in this game, she allows you to level up your stats through blood echoes, the game’s main currency. Practically, she is an extremely important part of the game, but also from a story perspective she gives so many insights to the world of Yharnham. She has different lines of text depending on where you are in the game, there’s even a section in which if you are careful not to alert her when returning to the dream you can see her praying over a grave, asking that you be kept safe as you hunt beasts. She’s kind, thoughtful, caring and, though I’m not proud of it, I needed blood echoes in one of my playthroughs, so I killed her. Standing there, not defending herself, for a measly 40,000 blood echoes I slammed my axe into her as I would have the Cleric Beast. It didn’t feel good, even in a game where, besides the odd NPC, everyone you come across will try to kill you.

In Bioshock when given the choice to rescue/spare the little sisters, I opted to harvest their atom, killing them.

When I played Epic Mickey, I chose to destroy the remnants of a dying world instead of saving it. In both games choosing the evil path powers you up. I like to make games as easy as possible.

[In Skyrim,]I killed Paarthurnax…That’s one of my greatest shames. But there is no other way to advance the blades storyline and I wanted to know more. ((Not worth it, the blades suck)).