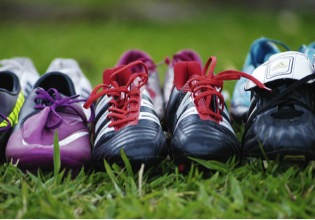 The Philadelphia Eagles are making history. Esports Entertainment Group has announced that the group and the Eagles have agreed to a multi-year partnership to serve as the first esports tournament provider for an NFL club. As part of the agreement, EEG will conduct a biannual Madden NFL esports tournament for the Eagles using their platform. Also, the Eagles will become an EEG shareholder.

In a statement provided by Catherin Carlson, Senior Vice President of the Eagles, she noted that this opportunity provides the Eagles to expand their reach in the market of esports. Carlson called EEG a “progressive leader in esports” and believes that the platform has been ahead of the curve for quite some time. This could be a very profitable outcome for the Eagles as online gaming tournaments have been trending upwards, including the current Madden 21 Tournament taking place right now.

One of the biggest events of the year has returned. Fans are rushing towards the best esports betting site to get ready for the tournament madness.  The Madden 21 Club Championship has returned with a prize pool of $750,000. The Madden Championship Series is set to run from November 10 to February 5. Players have eight weeks to compete and to represent one of the 32 NFL teams. Online games will be played on Tuesday nights and Pizza Hut is the overall sponsor.

Every week, a new celebrity, musical artist, or athlete will take on Los Angeles Chargers safety Derwin Hames. After the 16-week long series, James will take on the winner of the season’s Madden Club Championship. Each week we will also see King of the Hill tournaments, where players will face off in two respective single-elimination tournaments.

An exciting part of this agreement is Madden championships will take place twice a year. Among other perks, EEG will expand their overall technology platforms across social, email, mobile, and online channels. Overall, there are positives that affect both sides of this deal.

Seeing this transpire does not come as a surprise if you follow the esports movement. However, it was shocking to see Philly become the first team. With gambling on esports legal on the West Coast, one would have figured that maybe the Las Vegas Raiders would have tried to pounce on this first. Instead, the 2017 Super Bowl champions made their claim.

This is not the first time that we have ever seen a virtual competition for the game Madden. Madden Nation has been streamed since 2005 and remains one of the prominent video game sports shows on ESPN. While some may complain that video games are not real sports, there is no question that the business is booming. It will only be a matter of time before MLB, NBA 2K, NHL Live, Madden, and FIFA have their professional league for gamers with their fanbase watching on Twitch. Congratulations to the Eagles and EEG for completing this deal.