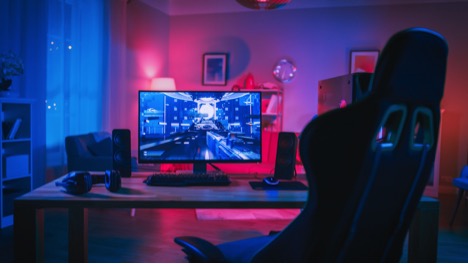 Best Video Games to Play During the Pandemic

One positive thing about being stuck inside during this awful pandemic is that you get to play all the games you want without feeling guilty. Spending hours in front of your monitor tended to cause a lot of frowns from our family and friends, but these days, it is considered normal behavior. After all, what else there is to do? Not all of us are cut out for crafts or other hobbies people engage in. For many, gaming is the only outlet we have to avoid becoming stir-crazy. To that end, here is our list of recommendations that will keep you sane until all of this blows over.

Describing Kentucky Route Zero is a very hard thing to do. The best way to experience it is to simply play it. Granted, this game isn’t for everyone, as the combination of often confusing narrative and emotional experiences won’t float everyone’s boat. For those that do enjoy it, it will be one of the most memorable gaming experiences of their lives.

Spider-Man: Miles Morales was one of the first titles announced for the latest Sony PS5. It is a sequel to the 2018’s Marvel’s Spider-Man, which made expectations very high. Fortunately, Insomniac Games managed to not only meet them but even surpass them in some details. The game features new suits, power, and abilities, all skillfully incorporated in a familiar combat system. Once again, Spidey gets to fly around Manhattan and save the day.

Desert treasure of the most popular online slot Playtech created. The game features several ways of winning, like combining various Scatter, Wild, and Bonus symbols, all bringing in heaps of cash. The biggest award is given by achieving five Golden Cobra Wils, which will bring you a 5,000x jackpot. These generous awards are just one of the reasons why Desert Treasure is among the most popular slot games since its creation. There is also a progressive jackpot Dollar Ball, presented as a side game.

The first miHoYo’s open-world game, Genshin Impact has captivated gamers immediately. At first glance, it feels a lot like Legends of Zelda, but the game has enough unique elements to stand on its own. The world it is set on is beautiful, filled with breath-taking scenery and a massive number of characters to interact with. The Chinese developer promises that the already huge world will get bigger with future updates.

Weenyworms, cheepoofs, strabbys, and shishkabugs are just some of the items on the menu of Bugsnax, consisting of over 90 entries. And you get to taste all of them. That should tell you that this game isn’t for the squeamish among us. As you wander around Snaktooth Island, you get to help the good people of Snaxburg catch and eat all of them. Well, we say people, but the locals much more resemble creatures from Monster Inc than anything else. Regardless, Bugsnax is a delightful game, filled with hidden gems just waiting to be discovered.

Ori and the Will of the Wisps

In the graphic department, Ori and the Will of the Wisps leaves a few things to be desired, to be honest. It simply lacks the visual candy other platformers have. However, it more than makes it up with the gameplay. It is one of the most fun and addictive experiences we have ever enjoyed in gaming. The skill progression is done masterfully, slowly adding abilities to your roster and teaching you how to use them. By the end of the game, they become second-nature and you can apply them without even thinking of them. This makes Ori and the Will of the Wisps a perfect game for both novice and seasoned platformer gamers.

Perhaps the best description of Ghost of Tsushima is that it is a showcase of how an open-world game should be made. The action-adventure game will make you feel as if you are playing a samurai movie. The visuals are stunning and the story of Jin Sakai compelling, proving that you don’t need a massive franchise to create a masterpiece. As we follow him on his quest to protect Tsushima island from the Mongol invasion, we get to enjoy in filmic art and astonishing graphics. The developers didn’t overlook a single detail, creating one of the best games of the year.

Animal Crossing has finally arrived at Nintendo Switch and it was worth waiting. Already hailed as the best title in a hugely successful franchise, Animal Crossing: New Horizons is everything you can ask of a fifth installment of the series. It brings enough new elements to keep things interesting, but keep core game mechanics the same, making it easy to adapt to it and enjoy it from the start. Since the learning curve is forgiving, even new players can jump right in, without the need to spend hours learning the ropes.