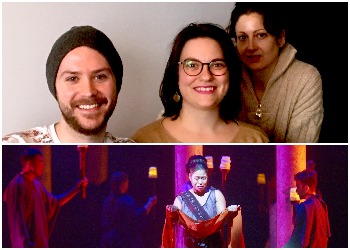 Portia’s Julius Caesar ambitiously explored the inner lives and conflicts of the women who only glancingly appear in Shakespeare’s original. Kaitlyn Riordan’s imaginative feminist text required a large and committed cast, and she got that in the Hart House production, directed by Eva Barrie. All worked dynamically together to deliver the story, and I was lucky enough to get the chance to speak with four of the Outstanding Ensemble-nominated cast about the process of working on the material, and their thoughts on Toronto theatre’s evolution towards more diverse and imaginative storytelling.