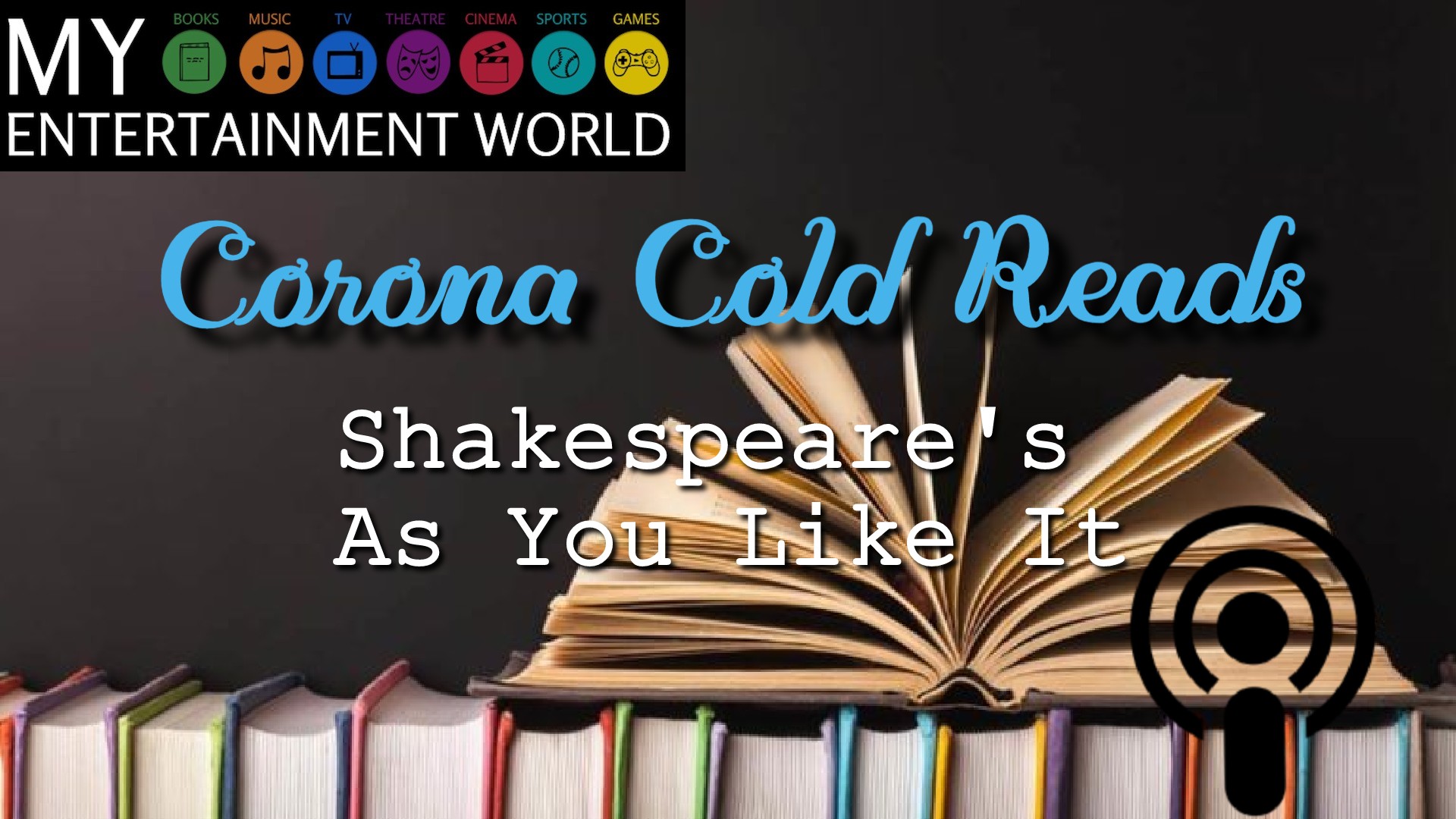 We’re donating where we can, we’re cleaning the pantry, we’re organizing the 2300+ title dvd library. We’re still working on the Nominee Interview Series even though the live event for our yearly Critics’ Pick Awards had to be cancelled (we’ve still got winners to announce and, eventually, trophies to give out). We started the Corona Movie Club to help curb our boredom and constant need to talk about movies with other human beings. I’m even watching network procedurals and actually writing about them.

We started with As You Like It, purportedly because it has a big ensemble cast and a light, distracting tone but really just because it’s my favourite. I had a ball casting some of my favourite performers in my favourite roles and creating unique pairings of players from across North America who’ve never met one another.

Being new to this apocalyptic isolation thing, it took me a few minutes to sort out the technology so the YouTube livestreamed video has about 13 minutes of greetings, logistics, and chatter before we get going on the reading and the audio version available in our podcast feed starts mid-way through Orlando’s opening monologue, but you get the gist. The reading was a blast and planning’s already underway for the next one so check out As You Like It in audio and video form below (or on iTunes or YouTube) then tune into our YouTube page at 7pm on Saturday, March 28th for Two Gentlemen of Verona Live.

A huge thank you to the cast of As You Like It: