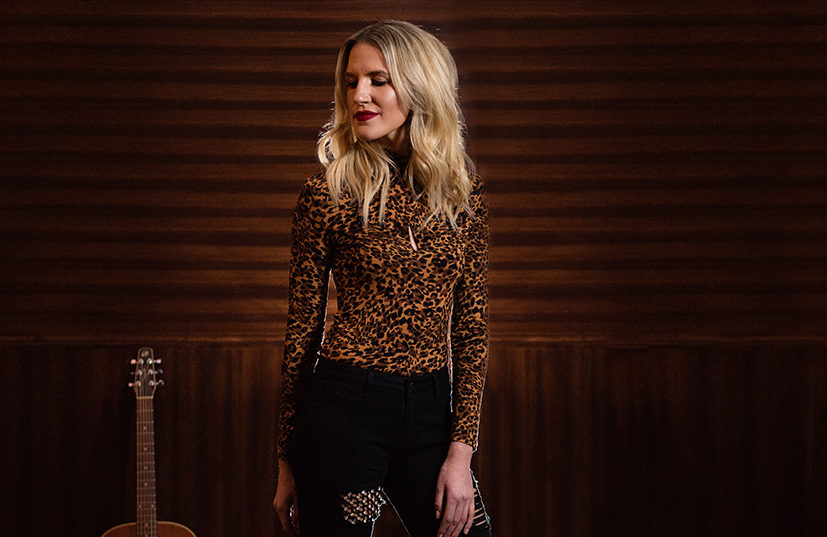 “Born in Listowel, Ontario, Karli June fell in love with music as a child, singing in her church’s choir, at local fairs and singing competitions. During her teens she began writing songs in earnest, studied piano, taught herself guitar, and took every opportunity to perform live during school concerts, in musical theatre productions and at the local pub. In 2016 she released two singles, both produced by CCMA Award winning producer/guitarist Jason Barry, ‘Black & White’ and ‘Setting Me on Fire’, which garnered June attention leading to her performing at marquee Canadian country music festivals like Boots & Hearts, and share the stage with the likes of Dierks Bentley, Brett Kissell, Terri Clark and Corb Lund. Karli June is currently in the studio with A&R veteran Fraser Hill (James Barker Band, Wes Mack , One More Girl, Serena Ryder) working on her debut EP.”

When did you know you wanted to be a musician?
At about 9 years old! The first time I ever sang for an audience. I started singing in the church junior choir, and my first solo performance was for the school at Christmas time. I remember walking off the stage and thinking “that’s what I am going to do for the rest of my life.” I’ll never forget that day!

Are you trained? How did you develop your skills?
I taught myself guitar and started writing songs when I was about 12 years old. My dad encouraged me to start writing my own music from a young age, which I am very thankful for! The more time I spent writing, the more I developed the ability to express myself, my story, and what I wanted to say. It’s still something I work at every day! I also trained in classical voice at Wilfrid Laurier University, where I completed my music degree.

Who are some of your biggest musical influences?
Shania Twain was a huge influence to me as both an artist and performer growing up. I also listened to Dixie Chicks, Martina McBride and Faith Hill on repeat. Recently I’ve been inspired by the songwriting of Maren Morris, and Kacey Musgraves — and have always connected with Carrie Underwood. Not only because of her powerhouse vocal abilities, but also the person she is off the stage! That inspires me a lot.

How would you describe your sound?
My songs are heavily influenced by true stories of my life, and my main goal is that I’ll always be authentic so that people can truly connect with the music. I love writing music that will inspire people to embrace life to its fullest. My sound is country with a bit of pop influence.

What’s your favourite tune in your repertoire and why?
My favourite song of mine right now has not been released yet! I wrote it on my last trip to Nashville with producer Karen Kosowski, and Emma-Lee Ashley. It’s all about embracing the journey of life – and trusting where it takes you, even if things don’t happen as you expect them to!

What can audiences expect from one of your live shows?
I love performing and connecting with the audience, so they can expect a fun, high energy show with lots of audience interaction! Recently they can expect to hear my new music (which I am so excited about!) — and I love including throwbacks from my country influences growing up!

Where can we find your music?
I have a new single coming out this month called “Say Too Much”. This will be followed by the rest of my EP in the next year! It will be out on all digital streaming platforms.
karlijune.com
instagram.com/itskarlijune
facebook.com/karlijunemusic
twitter.com/karlijunemusic