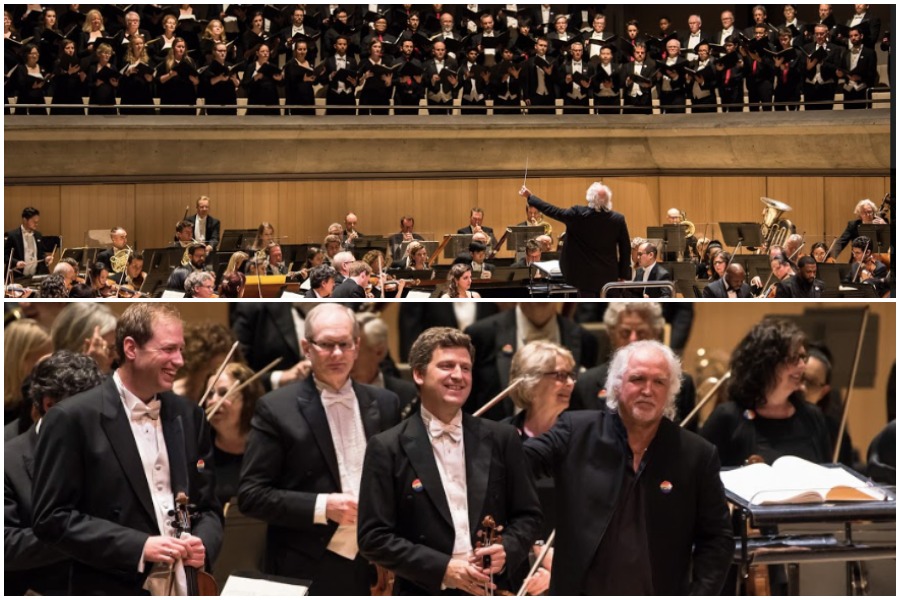 James Ehnes is a thrilling violinist, a brilliant technician who mixes a calm “I can do this with my eyes closed” professionalism with just a touch of childlike enthusiasm that’s completely irresistible in live performance.

Playing Erich Korngold’s soaring cinematic Violin Concerto in D Major, Op. 35 alongside the Toronto Symphony Orchestra on Wednesday evening (with two performances remaining- Saturday June 22nd at 8pm and Sunday the 23rd at 3pm), Ehnes bounced on his toes as he galloped through the piece’s frenetic runs and seemed to float on air through the aching harmonics of the andante second movement.

Somewhere amidst the effervescent fun of the allegro finale came a moment of rare drama that perfectly encapsulated what makes both Ehnes and the TSO stand out in a classical landscape that can at times be a bit too tightly wound. A string broke on Ehnes’ Stradivarius, forcing the soloist to improvise new fingerings to complete the section on only three strings until a pause when the orchestral accompaniment took over for a few bars. Without seeming to bat an eye, Ehnes cooly traded his violin for that of concertmaster Jonathan Crow and carried on the final movement as if nothing had happened (it blew my mind a little bit how easily Ehnes adapted to the new violin. I couldn’t help but wonder how different Crow’s del Gesù instrument felt; wasn’t the 6’4 concertmaster’s shoulder rest uncomfortable?!). Crow matched Ehnes’ calm reaction without missing a metaphorical or literal beat, swapping out the broken string on the spot, retuning at lightning speed, and playing the Stradivarius himself until an opportune moment came to switch back mid-movement. If your eyes had been closed, the whole drama may have escaped your notice with almost no perceptible effect on the music. The two violinists closed out the piece with a laughing bear hug in place of the curt handshake you’d usually see at the close of a concerto. Because their musicianship and professionalism were so on point, something that could have derailed the performance was completely not a big deal and, because they refused to take themselves or the evening too seriously, everyone including the audience was able to laugh at the absurdity of the moment and remember to have even half as much fun as James Ehnes always appears to be having.

After intermission, the orchestra was joined by three vocal soloists and and three Toronto area choirs to perform Carl Orff’s iconic Carmina Burana. Though technically the top-billed event of the evening, the 60-minute epic was far less my speed than the captivating concerto that proceeded it. The TSO, Toronto Mendelssohn Choir, Toronto Youth Choir, and Toronto Children’s Chorus performed the piece beautifully- though I expected more from the featured soloists, especially the baritone who was completely outmatched by the sheer force of the accompaniment- and conductor Donald Runnicles brought as much energy to the podium as he could, even at one point losing his baton to the front row, an amusing bookend to an evening of harmless mishaps. I will never not miss retired music director Peter Oundjian whose unique charisma carried me through many a dull performance over the years but there is no real fault to be assigned here in my apathy towards the performance of one of the 20th century’s defining classical works. It just wasn’t to my taste and, at a full hour, the less iconic middle sections felt demanding in a way I wasn’t quite prepared for.

Alas, this is why it’s so valuable to program contrasting pieces together in a single concert. I was so completely enthralled by Ehnes’ performance of the Korngold concerto, broken string or no, that my boredom in the performance’s second half was barely an inconvenience.