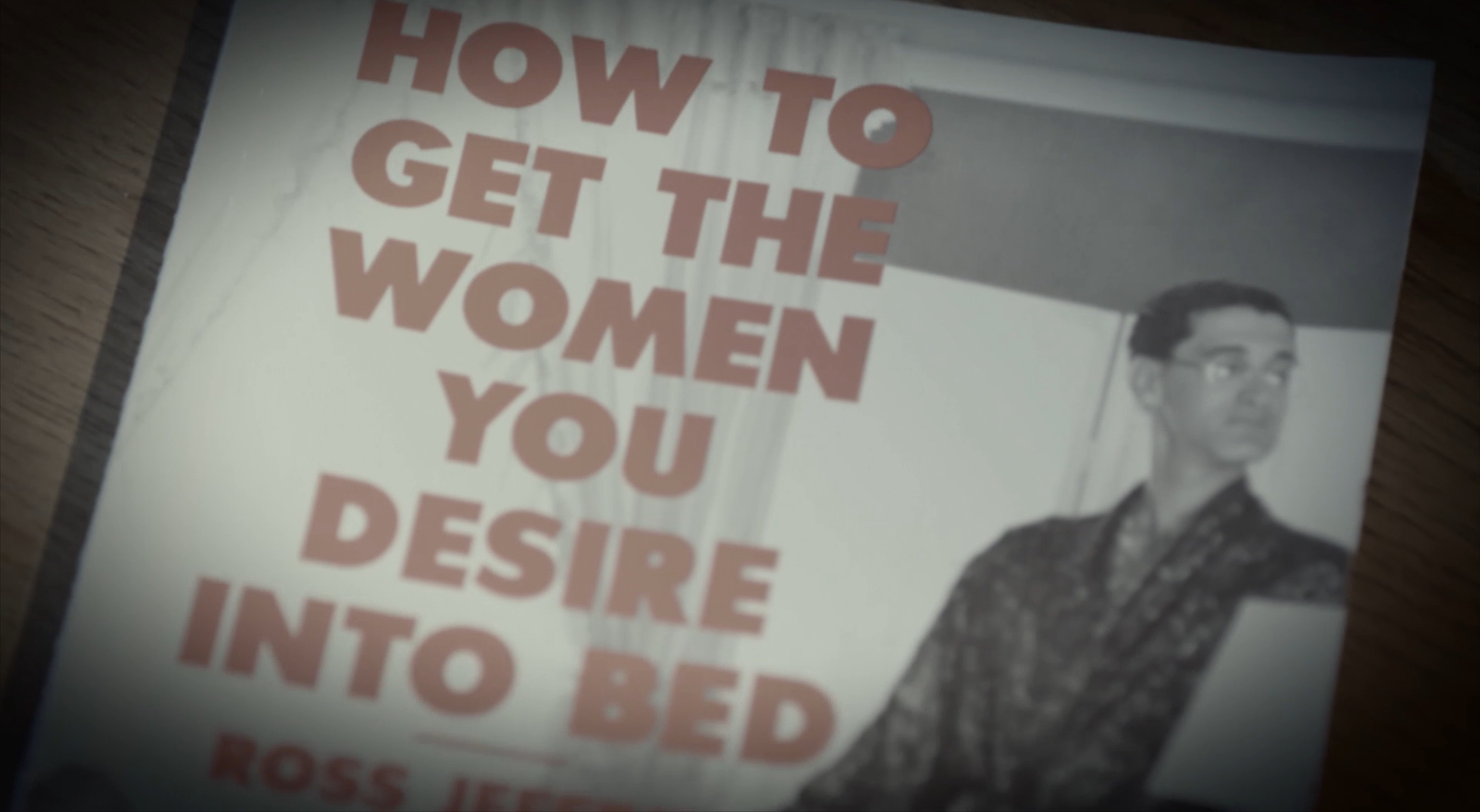 Hot Docs Interview: The Directors of The Pickup Game

If you need to be reminded about how toxic masculinity can be used as a business model, then the documentary The Pickup Game should be essential viewing. Or if you are simply fascinated by human behavior, and how mating has been influenced by social media than this piece is also for you.

Sibling filmmakers Matthew and Barnaby O’Connor delve into the professional pickup industry, which teaches men how to interact with women. As depicted in the film, this very profitable industry, could be a way inept men learn how to use techniques to talk to women, or it could be a way for men to have a social outlet with other males. Often times the techniques are using manipulation and hypnotic tactics to “attract” women, however it can escalate to aggressively harassing women in order to lure them into bed. The film is an accurate portrayal of the manifestation of rape culture, and is an excellent piece to discuss in our #MeToo era.

I had the opportunity to speak with the two filmmakers over the phone to discuss their inspiration for making this film during the 2019 HotDocs Festival.

What drew you to this subject matter?

Matthew O’Connor (MO): I think like most people they have some kind of knowledge of [the pick up industry, but] it’s in the background. Then, I was on a shoot, and a friend of mine was telling me that she was working for one of these pick up companies as a conversation girl. What would happen is they would take male students into the seminar room and they would teach them the nuts and bolts of conversational skills. Then the students would practice on the girls that were there to implement some of these conversational tactics. I couldn’t believe that existed. We thought this is a very strange world here that people don’t really know about.

Was there an advantage of being a male director when approaching these male pick up coaches or instructors?

MO: I think it’s very difficult to gain access to these people regardless of who you are. They don’t generally let the media in. We were extremely lucky. What sent out cold emails and one of those people was Ross Jeffries, who’s widely acknowledged as the founder of this subculture. By coincidence he was coming to London, he said, “Look if you come meet me, and you can give me a lift from point A to point B. Take me for dinner and maybe I’ll give you an interview.” Then when we approached other people, we could say, “You know we’ve interviewed Ross Jeffries,” and that opened a lot of doors. Without that it would have been very difficult to get people to talk to us.

Barnaby O’Connor (BO): One of the things that not a lot of people are aware of is there are expos and conventions for all of these instructors that attend. An awful lot of them know the other businesses and they know to cross promote and cross sell [to other] companies. We were able to network with some of the other instructors that they knew of or get introduced to some of the other people within the industry.

How did you find Minnie Lane the female dating coach?

MO: We’d already begun interviewing people, we were always trying to find a moral voice for [picking up.] Really early on Barnaby and I said, “Okay, this is questionable behavior, but what’s the alternative? What kind of alternative can we offer people?” I heard Minnie on a podcast called, Diapers Off. Many people who go to dating coaches feel like they’re not worthy or they don’t have much going for them. She said when she teaches dating one of the first things that she aims to do is teach people that you do have a lot going for you, you just don’t realize that. I thought, wow this is a much more positive way at looking at this problem. I knew the people who ran the Podcast and I asked them to introduce me to her.

How did Minnie get involved in this date coaching?

MO: I was aware of the [dating] book The Game, which came out in 2005. It’s interesting how many people in [our] documentary got involved in this because of that book. Minnie lane who is the female dating coach, she found it on a bookshelf in Mexico [while] on holiday. When she went back to London [a man] came up to her tried a few techniques that were mentioned in the book, [so] she called him out on it. The guy was so surprised that a woman knew about this that he said to her, “Okay, can we talk? I’d really like to speak to you about this. I’ve never met a girl that knows about this kind of thing.”

Did any of the pick up coaches or instructors have a moment of realisation of their own behavior?

MO: I think Ross Jeffries, because we interviewed him in 2014 and then the bit at the end of the film is in 2017. He had a heart attack and I think that may have changed some of his attitudes. But the problem is, your whole livelihood is tied up in this personality that you’ve created. Minnie said she knows a lot of instructors who get very disillusioned with the lifestyle then they can’t figure out a way out.

I noticed the musical score changed throughout the film. How important was the score in terms of the overall tone of the story?

BO: One of the things we have been trying to do over the decade plus that we’ve been working in the entertainment industry is to try and find music that is appropriate for the scene or the mood, because music really is a key part of everybody’s life. We’ve always worked really hard to track down the right kind of tone. For the topic that we’re trying to discuss.

MO: [At certain points of the film] we’re trying to be ironic. This looks a wonderful and fun, but we’re hoping is the audience will understand there is something more sinister underneath this.

Were there any edits that you missed, but couldn’t fit into the narrative?

MO: The person who originally put me onto this, the person who was a [hired by] the pickup company as a conversation practice girl. She had a relationship with one of the students and she was never quite sure if he was playing games or not. I hope that we managed to get that point across even without adding that particular storyline.

BO: When you spend several years going through a lot of this content there’s an awful lot worse content that they produce. One of the difficult things for us was to go through this content daily [and it’s] quite a painful experience. There is a point where it become too much.

This feels like a very timely subject matter for our time right now, so what was the timeline for making this documentary?

MO: We started filming back in 2014. I remember telling a friend of mine about this idea, and his first reaction was, “Who’s going to want to watch a documentary about that?” At the moment there is a lot of [conversation surrounding] sexual harassment. That’s part of the social conversation, but it wasn’t when we started. That really isn’t something that’s come to the forefront [until] the last two or three years.

BO: When we started looking into it, researching, contacting, and chatting with all these different types of people we [learned] as well. The more that we saw, the more shocked we became. We seem to be lucky that it’s become a timely relevant topic.

How did the Post-#MeToo movement affect the editing process or did you stay true to message from the beginning?

MO: I think we had a sense from the beginning on how we were going to structure the film. The film was completed in rough cut formate about six or seven months ago. We do feel that it speaks to a lot of important themes at the moment, but even without that, certainly my assessment would still be the same of this industry in terms of the structure.

BO: The message that we are trying to bring across is a message of change and education. Hopefully it will outlast any particular situation [or movement]. Because we are trying to bring about the changes in perceptions and behaviors and people being nicer to each other and so on. That will hopefully last a lot longer than just the [HotDocs] festival.

What are you hoping the audience takes away from this movie?

MO: Very obviously the first part of that is for women that watch this to understand this does go on. It’s remarkably prevalent, much more prevalent than people realize. Especially places like Toronto, and London, and [other] big cities. We had a very small private screening a few days ago and one person brought his girlfriend along [who’s] in her early twenties. She was genuinely quite shocked and appalled, because she recognized some of these techniques. As Minnie says in the documentary, “we are conditioned to be something else. We need to be better or different.” Beyond that as well I think we are trying to get this message across [with] Minnie there is an alternative based in being authentic, and honest.

There are some people that are involved in the pick up industry, and they’re never going to change. I don’t see them changing their attitude or their mind. There are certainly people who dip their toe into it, in the early stages we’re trying to [warn them with,] “Look be careful, because this is quite a slippery slope here. There’s another way of being [and it is] a lot more fulfilling.”