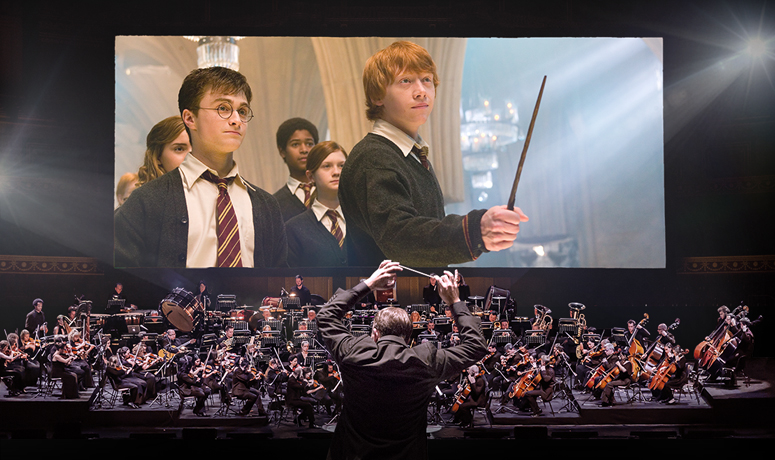 Harry Potter and the TSO

The Toronto Symphony Orchestra (TSO) continues their hero’s job of showing all eight Harry Potter films with a live orchestra. The fifth iteration (Harry Potter and the Order of the Phoenix) was performed with the excellence of all the others. A difficult film and book to get through at times, starring some truly despicable moments of child abuse, the Toronto audience pulled together and enjoyed an evening of joy and childlike wonder.

I think that the film series is a wonderful and inspired project from the TSO. The orchestra has been performing the soundtrack to major films live, with a screening of the movie. Hits include the original Star Wars films, Jaws, Jurassic Park, and the Harry Potter films. It is such a wonderful way to include the youth generation in the joy of live symphonic music, and to develop inter-generational appreciation. I especially loved seeing adults with their dressed up young children at this screening of Harry Potter and the Order of the Phoenix. Harry Potter, like the symphony, is for everyone.

The evening was a grand success. The orchestra is top notch, headed by a wonderful and eager conductor, Evan Mitchell. He came to the stage grinning and waving, sporting a very appropriate Gryffindor tie. The Harry Potter film series is not your usual evening at the symphony – Mitchell encouraged the audience to cheer, laugh, cry, and boo throughout the film. Although some patrons took this instruction too literally and were disruptive for the rest of the audience, moments like these draw the audience together. With Mitchell’s delicate and precise hand, we were treated to an evening of magic and music like no other.

I encourage any Torontonian, Potterhead or not, to partake in an evening of the Harry Potter film series. Shows have been at the Sony Centre and at Roy Thompson Hall, and there is a large variety of other films to choose from if you prefer something other than the Harry Potter Universe, though I personally don’t see why. The next film in this series (Harry Potter and the Half-Blood Prince) will be on at the Sony Centre October 31-November 2. Grab your wand and owl, and let’s get spooky!