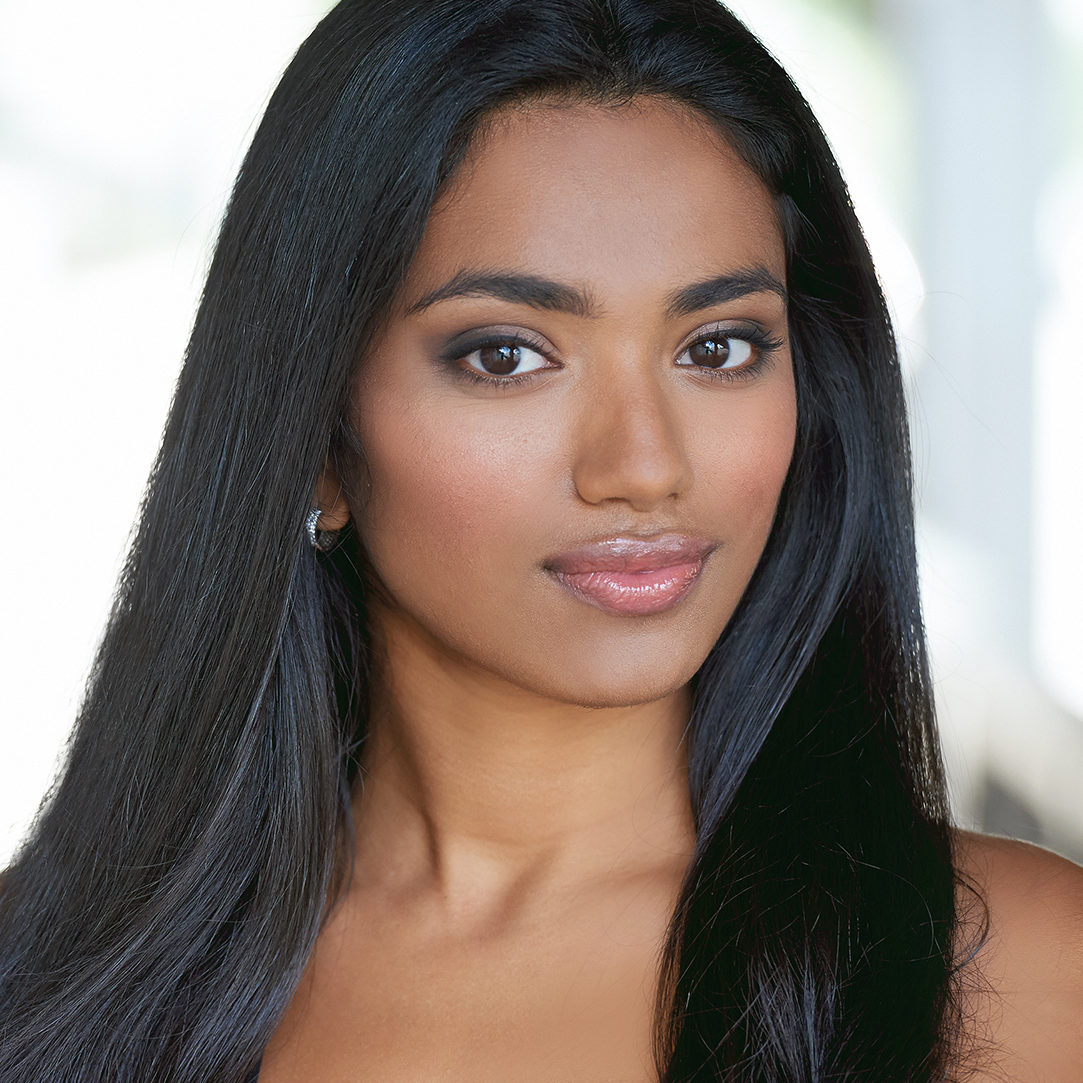 The first member of the ensemble we spoke to was York graduate Nadine Bhabha, an actress and poet who gave her character “Tough” an inner life far more complex than her adjectival moniker would suggest.

Can you remember your first experience with theatre?
I saw a production of Bedknobs and Broomsticks I think at YPT. I remember something in me changed. I might’ve been about 6. A magic in me started brewing.

When did you know you wanted to be a performer?
At the age of 2 I would perform commercials for my parents and told them I was going to be an actor. I memorized all my books by 4 to the point where my parents thought I could read early. But I was just performing them like scripts.

What’s your favourite piece you’ve ever worked on?
Honestly, Girls Like That. 7 women, Esther Jun, a production team full of females and allies…It was a dream team. And the play itself is everything I love: England, Beyonce, and dancing my butt off.

Do you have a dream project?
Other than touring that show with the same team, I would kill to do a Caryl Churchill like Love and Information or Cloud 9 (I did this one in school directed by Nigel Shawn Williams so doing it at Factory or Stratford would be a dream). I also adore Judith Thompson and would love to be directed by her.

How did you get involved with Girls Like That?
I was submitted for an audition by my agent!

The play as-written doesn’t assign lines or define who the characters are. Tell us about the development of your character.
My character was named “Tough” by Esther. She gave me one line about chickens and then all of a sudden all the lines about chickens were given to me. I was quickly realizing she was a tough girl with a soft interior. The more other people’s characters developed the more mine did. Relationships between us also informed how I felt about certain situations. I also based my character off of people I knew. Tough was a mash-up of many different women and men in my life.

What were some of the key conversations you had with your director Esther Jun in developing your interpretation of the piece?
We talked a lot about painting specific women, not ALL women. That was important to solidify as we do not want to paint all women with a single brush. This play deals with farce and stereotypes and we want the audience to contemplate why women often subconsciously contribute to the patriarchy.

Tell us about the creation of those show-stopping dance transitions and what they brought to the piece tonally.
Alyssa Martin, our genius choreographer tapped into the cultural zeitgeist and used dance, music, technology and us to take the women from a social world to a private one. We all wear many hats in our daily lives and it is integral to the piece to show how these girls are when they are alone. They are just kids in the end. The dancing slowly gets broken down from something heavily choreographed to the girls leaving mid-dance mimics their complicity in the bullying. Instead of the women feeling united in the tormenting, it makes them feel isolated.

For a lot of women, the play felt extremely personal. What were some of the ways you brought your own experiences to the material?
Thankfully I was never bullied nor a bully in highschool. However, I still struggled with boys, sexuality, makeup, clothing and so many other things that are reeling around in these girls’ heads. It makes a lot of what they do make sense because the anxiety that brews from such confusion really pushes my character and my actual teen Nadine self to do some pretty stupid things.

Considering the speed at which technology evolves the issues in the play, did you do much research into the experiences of teenagers today compared to when you were in high school?
Smart phones were barely a thing when I was in high school. I graduated in 2008. I basically applied my knowledge of how much I rely on my phone for information and validation now and multiplied it by a million in the mind of a teen. The mindframe was an overwhelming glimpse into how neurotic I would have been about self-image at that time in my life.

The production inspired extremely polarized reactions. What is your response to the criticism the play received?
It was clear that some people missed the point and some people got it and disagreed. Which are both valid. It wasn’t meant to criticize women, but to shed light on how deeply ingrained the patriarchy is in all of us. Some people have a hard time coming to terms with their own past and I think if a person was a bully at a young age, it strikes a chord when that character does not get fully redeemed in the end. Evan wrote a truthful, albeit open-ended, play and some of the lines came straight from teen girls in England. All reactions are valid and talking about it makes the play richer.

Did you get a chance to speak to any teenage girls who saw the production? What was their reaction?
Most of them loved it. They especially loved our portrayal of young men as we really took the piss. Some of them were happy to see so many colourful faces on the stage. That really warmed my heart.

Did you have a favourite moment in the production?
I love playing dudes.

What are you working on now/next?
I’m currently in season 2 of a fantastic web series called Barbelle that is scheduled to release mid-April! Season 1 is available on Youtube and Amazon Prime and so will the second season be as well. Please check it out!