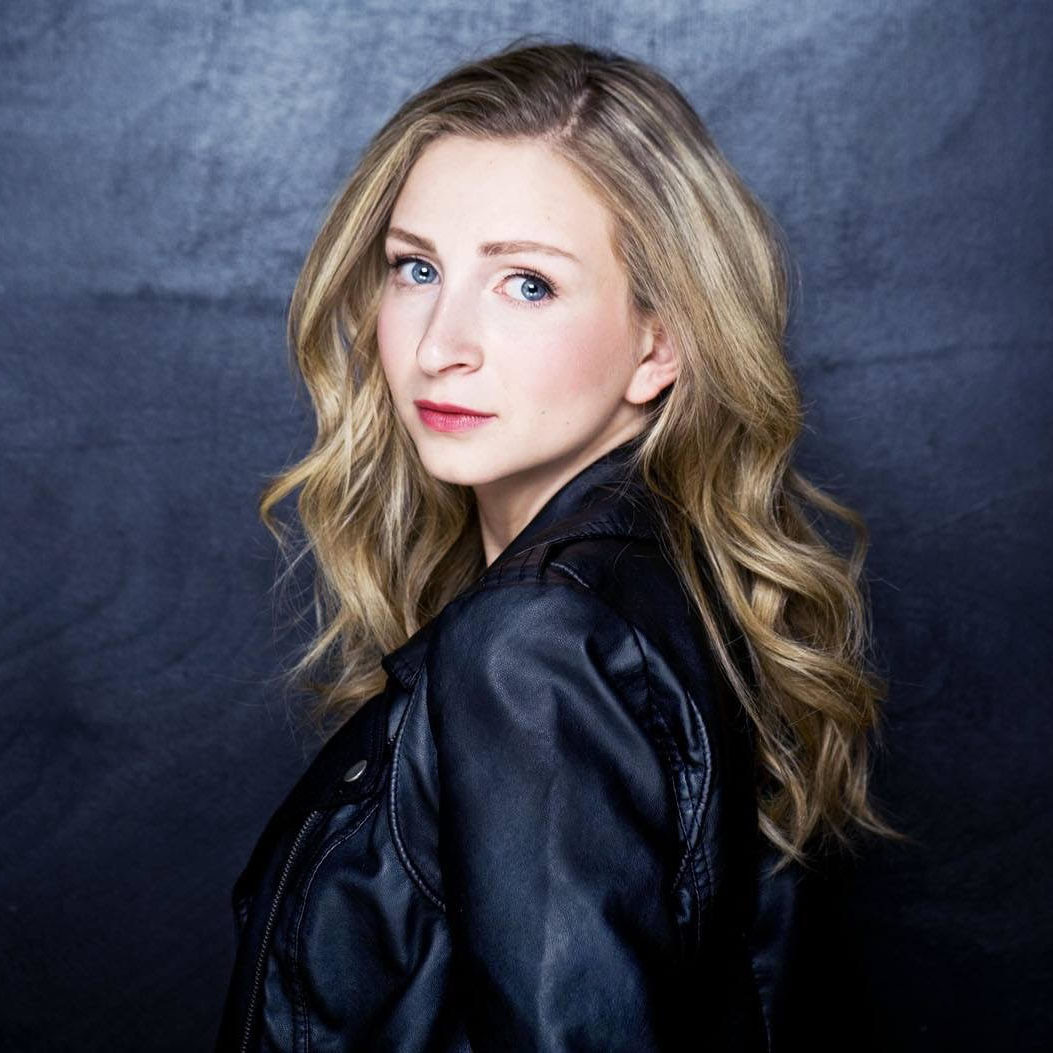 An alumna of Theatre Sheridan’s joint drama program with University of Toronto, and more recently of Nightwood Theatre’s Young Innovator Unit, Lauren Wolanski elevated Theatre Born Between’s remount of Rosamund Small’s Vitals  with her grounded, nuanced performance of Anna, a paramedic recently off the job and suffering from accumulated PTSD. Collaborating with director Bryn Kennedy, their version of the solo show was intimate, simply staged, and devastating. Wolanski had previously earned critical mention with a turn (while still in school) in the 2017 Fringe show White Wedding, but this Outstanding Solo Performance-nominated show could be considered her arrival on the Toronto theatre scene.

Can you remember your first experience with theatre?
Singing “The Sun Will Come Out” from Annie in my grandmother’s room at Sunnybrook Hospital for her and the rest of the hospital staff. I was four, and I’d consider that to be my first performance!

When did you know you wanted to be an actor?
I don’t think I ever really knew. There wasn’t a specific moment or time when I can recall it all clicking for me. I just sort of kept taking steps forward and seizing the opportunities as they came, simply because I loved it.

What’s your favourite role you’ve ever performed?
Chava in Fiddler On The Roof. That was fun. And challenging in ways I’d never expect.

Do you have a dream role you’d still like to play one day?
Anything in a Hannah Moscovitch play. If I had to pick one, it would be Sarah in East of Berlin.

How did you get involved with Vitals?
Bryn Kennedy, my good friend from university, was in the Directors Lab at the Paprika Festival. She knew that she wanted to do a one-woman show, and that she wanted to work with me. So it was actually Bryn who initially set her sights on the play, having me in mind. She sent the script over to me, said she thought it would be a good fit, and to let her know what I thought of it. I absolutely loved it. Upon first reading it, I found it to be shocking, disturbing, candid and vulnerable. What made the script special however, in my mind, was its vibrant undertones of humor, hope and love. That’s what attracted me to the play the most. I was also utterly fascinated by Anna, the character in the play…. the way she thought, how she spoke, and her ability to give such vivid accounts of her experiences. I wrote back Bryn within an hour and said I was down.

Your and Bryn Kennedy’s staging of Vitals was markedly different from its premiere production (an immersive site-specific production by Outside The March). What were some of the factors that lead to your stripped-down run?
Bryn and I agreed that our production was to take a very focused look into Anna’s professional and personal world, and bring the emotional reality of each one of her experiences to life. We felt that the script carried enough power to portray the events vividly and truthfully, and that we didn’t need much else to tell the story effectively. We were interested in what happened if the audience was confronted with these stories, without of the distraction of any other elements. We wanted it to feel like you were walking into a room to have an open conversation with a woman for an hour—a conversation so open and honest, that you could see right into her mind. We wondered what would happen if Anna looked each audience member in the eye and told them what she was thinking about. We wanted audiences to feel a connection, and to feel involved. We didn’t want this show to feel like a show. Above all, we wanted to explore how Anna’s profession had affected her ability to cope with her difficult day-to-day life, and we felt that a stripped-down and simplified version of the play would help us accomplish this.

Can you tell us about the challenges of performing such an intense solo show? Did you approach it like an athlete?
That’s exactly how I refer to prepping for this show: like an athlete. Preparing for this show required a very strict regimen and a lot of focus. Before every rehearsal, I’d start with an extensive physical warm up, and after every rehearsal, I finished with a long physical decompress and cool-down period. On days when I rushed out of rehearsal without doing that cool-down, I would find myself bringing rehearsal into the rest of my day—which is a dangerous thing to do. That warm-up and cool down really allowed me to safely bookend my daily exploration of this play. I slept a lot, ate healthy, worked out and tried to stay in the best shape possible, because I knew that performing the play while feeling under the weather was virtually impossible; the show requires so much energy and vocal strength. During the run of the show, I had to find ways to feasibly prioritize the show above everything else. I booked out of work and with my agent, skipped out on social events, and tried to nurture my body’s needs as best as possible. I’m lucky enough to have very supportive friends and loved ones in my life who made themselves available during the run if I ever felt I needed extra support. I arrived to the theatre everyday to do that same warm-up I had been doing in rehearsals, and would write down one goal I had for each performance in order to stay grounded and focused, as per Bryn’s recommendation. Two-day shows were difficult. I basically slept the entire day and would wake up to do the shows. Meditation, sleep and breaks were key!

Both you and Bryn are theatre school alumna in the past couple years, and fairly new to Toronto’s theatre scene; you workshopped scenes from Vitals at the Paprika Festival before its full production at The Commons in November. What does it mean to you that this play and role in particular garnered your first Critics’ Pick nomination?
It’s incredibly humbling and unexpected. I’m grateful to have talented friends like Bryn to collaborate with.

Your next role is in a musical for children from Electric Moon Theatre Company; very different fare from Vitals’ harrowing monologue. How important is it to you to take on very different projects like that?
Yes, I definitely got some surprised reactions when I told audience members what I was working on next!
I only take on projects that excite me. So whether it’s a one-woman show about the life of a paramedic, or Junie B. Jones the Musical (my next show), doing it must make me happy. Yes, of course, I’m an actor and like to exercise my range—doing a TYA production after Vitals definitely keeps those actor muscles nice and flexible! But moreso, I’m really looking forward to doing this show. And I think it’s important to change things up! I worked on Vitals for many months, and I now feel ready for a new challenge! While Vitals required a lot of diligence and patience, this new show calls for a whole new set of skills! Spoiler alert: I’m learning how to tap dance and juggle! It will be a nice shift. I grew up reading the Junie B. Jones book series so performing the role of Junie means a lot to me.

Do you have anything you’d like to add?
First responders are more likely to develop a mental disorder than the general population. While some progress has been made, there is still very little effort to increase mental health support for first responders in Canada. Reporting trauma still requires an incredibly tedious and taxing process. Officers and paramedics count for approximately fifty percent of first responder PTSD cases. There is a stigma that paramedics are heroes; that these men and women manage pain and suffering better than the average person. This is simply not true. They need just as much support as we do. My hope is that we can continue to raise awareness and advocate for the lives of the people who are out on streets saving ours.

I’d also like to thank Brad MacMillan from York Region Paramedic Services for taking the time to meet Bryn and I, and showing us around headquarters. Learning about your job firsthand was an unforgettable experience. Thank you for the work you do.