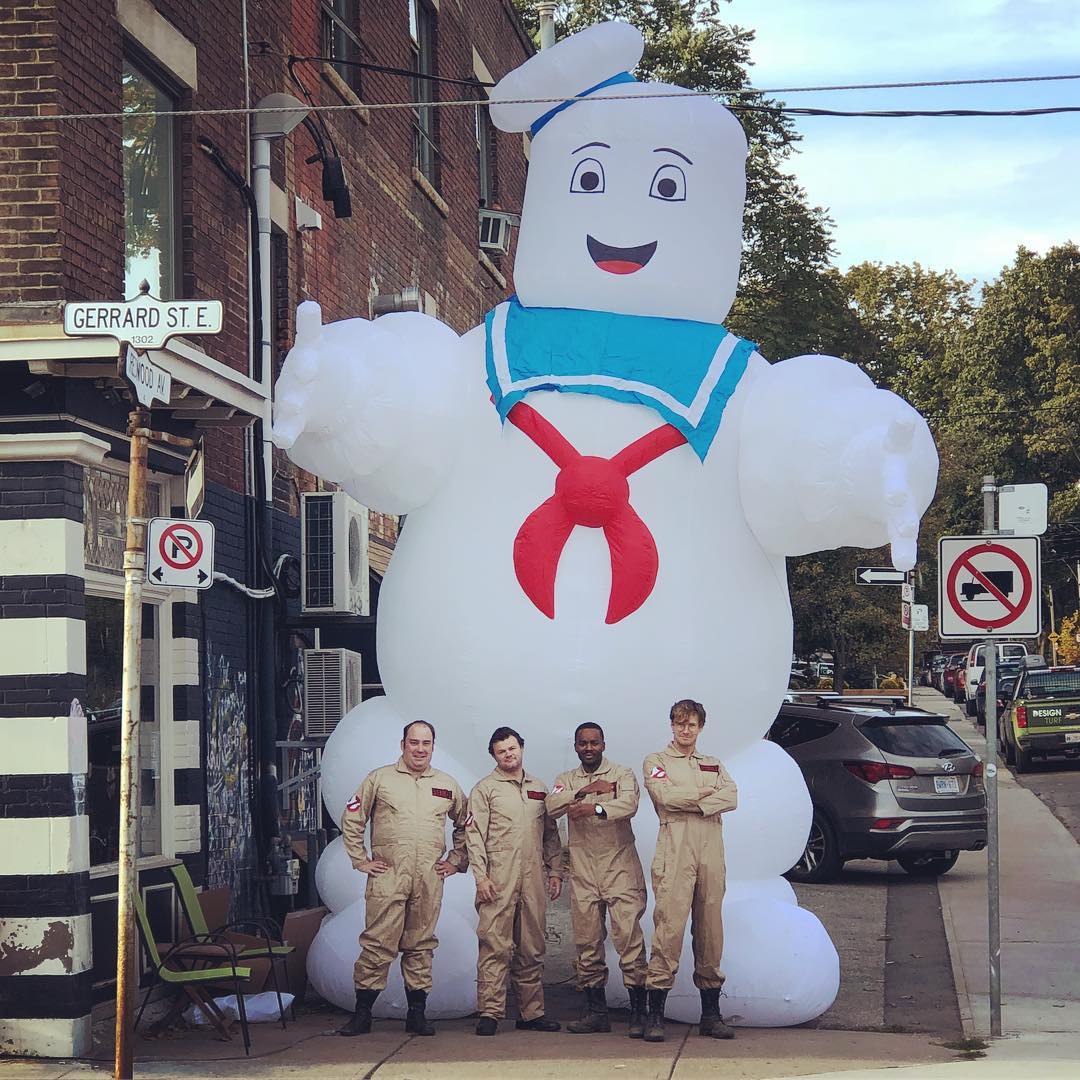 Playing at the Redwood Theatre by the folks of Secret Sessions, this recreation of the original Ghostbusters movie offers an opportunity to explore the film’s set and characters from inside the universe itself. This immersive experience has a little something for everyone, particularly those with a nostalgic connection to the film itself.

Not quite knowing what to expect, I had dressed in the most hastily thrown-together 80’s gear I could find. I was glad I’d put in the effort. It was fantastic to see other guests also costumed in the fashions of the era – live actors plucked from the movie blended very well with the crowd. Sipping on paranormal-themed cocktails and wolfing down foot-long hot dogs loaded with sauerkraut made for a vaguely NYC feel, especially with numerous Brooklyn drawls cutting through the murmuring crowd.

Though the major draw for the Ghostbusters Movie Experience was the movie itself, I was surprised to find a plethora of interactive pieces around The Redwood Theatre, courtesy of the Ontario Ghostbusters Association. A ghost containment system required buttons and switches to be pressed in a certain order to transfer captured paranormal entities into an allegedly escape-proof prison; on another wall, a sprawling map of New York City with highlighted areas of sightings and reports of suspicious or unexplained activity. There was a station where one could make their own gooey ‘ectoplasm’ from a base of PVA glue, aimed at younger attendees. One could even test their psychic skills with a deck of Zener cards (I scored terribly). Bantering with the various characters from the movie was fun and engaging, with the characters interacting comfortably with each other as well. For an added element of interaction, I had brought a small drum for inspection. Suited up in his khaki coveralls, Winston Zeddemore very solemnly took it in his hands and asked questions about my plight. After carefully consulting a book on spirits, ghouls and goblins, he handed it back to me with a heavy sigh. “I’ve only been at this job for a few weeks, but it looks like you’ve got yourself a possessed object,” he intoned. “See if you can’t set up an appointment with our receptionist.” I was then directed to Janine Melnitz to fill out a form for requesting appointments. Her sassy attitude was the only thing more intense than her accent, spot-on for the character.

After about an hour of milling about, the audience was seated and a projection of the movie was played. It was interspersed with live recreations, where the film was paused and live actors would pick up the thread of events. This was employed to good effect, with actors popping up from nearly every direction to continue the plot. The shift from film to live acting and back again was smoothly timed without detracting from either experience. Whether you’re a die-hard fan or simply curious, an all-ages evening of blended cinema and live acting awaits!