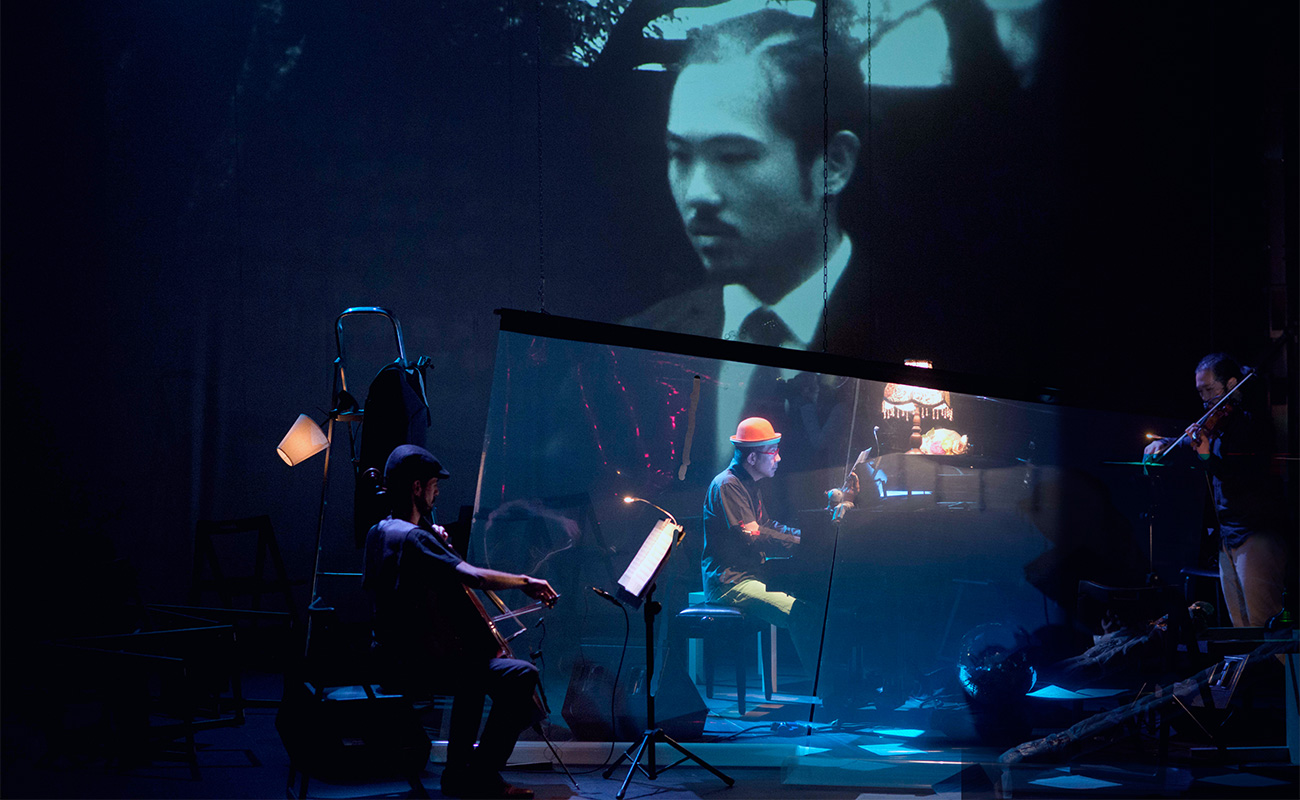 “Music Theatre”: Picnic in the Cemetery

Billed as “music theatre”, Njo Kong Kie’s first production in his residency with Canadian Stage is more of a concert with multimedia aspects than it is a piece of theatre.

Inspired by his experiences picnicking in Mount Pleasant Cemetery, composer-pianist Njo Kong Kie cleverly uses this juxtaposition of life and death to create music that plumbs the depth and range of human emotion. His original compositions for violin, cello, and piano are classical and melodic, and the musicians (cellist Nicholas Yee and violinist Hong Iat U complete the trio) perform with skill. Although there’s certainly the melancholy you’d expect from a work about mortality, the music is multi-faceted. From the vigour and playfulness of the evening’s first song, “Formula One” to compositions that are more reflective, the music is the star of the show, and rightfully so. If Picnic in the Cemetery had been performed as a straight concert I would be raving about it. As a theatrical experience, my feelings are decidedly more mixed.

Picnic in the Cemetery‘s eclectic design incorporates props that range from parasols and straw hats to teddy bears and dolls. Large screens are used for film clips and digital projections, and a woman in white (performer Iris Chan Chi Ian) wanders on and off stage, occasionally interacting with the audience. For all its visual stimuli and whimsy though, the props are rarely used, the projections add little to the show, and a look at the performer’s impressive credits (she is a graduate of the renowned Beijing Dance Academy) suggests that her talents being underutilized.

The work is designed to be non-linear, each song and the visuals that accompany it self-contained, but there’s a lack of purpose and cohesion here. Throughout the show it feels like Picnic in the Cemetery is being pulled in multiple directions, but without any unifying overall vision. The idea is sound, the music soars, but I wish Picnic in the Cemetery had committed to one or two aspects (dance, film, projections, or interaction with the audience) instead of trying to do multiple things and failing at all of them.

Njo Kong Kie notes in the programme that Picnic in the Cemetery is constantly evolving to include new collaborators and new audiences. Although its oddly engaging in its current form at the Berkeley Street Theatre, I was engaged in spite of, not because of, its theatrical aspects. Here’s hoping future productions of this picnic take a more cohesive form.