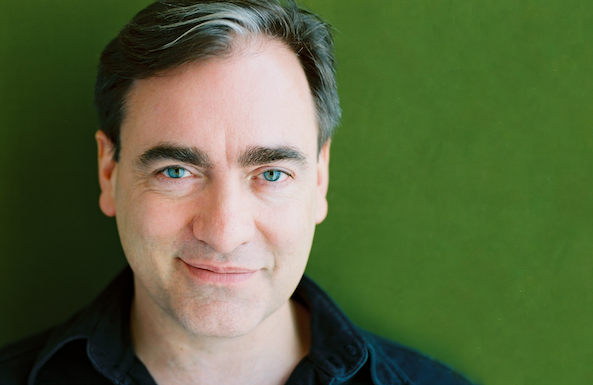 Before we announce the winners of the 2017 MyEntWorld Critics’ Pick Awards, we’re proud to present our annual Nominee Interview Series

One of Shakespeare’s great underrated tragedies, Timon of Athens is about a man who has all the friends in the world, until he needs one. In his time of need, his servant Flavius is the only person who comes through. In Stratford’s excellent 2017 production directed by Stephen Ouimette, Flavius was played by the thoughtful Michael Spencer-Davis with stirring sympathy and touchingly steadfast dependability, giving new literal meaning to “Outstanding Supporting Actor“.

Do you remember your first experience with theatre?
I was about 4 or 5 years old and my mother took my twin sister and me to a performance of The Snow Queen at the Pantages Playhouse in Winnipeg, my hometown. I remember some of the images very vividly, especially the huge sleigh and the scary moment when one of the children gets an icicle caught in their eye. It really was very frightening. My mom must have known someone in the cast because we went backstage and I recall looking up at the enormous people in incredibly elaborate costumes.

How did you first get involved with the Stratford Festival? What have been some of your favourite performances there?
The first production I was in was Shakespeare’s Universe written and directed by Peter Hinton. This is a little over ten years ago now. It was an outdoor production that explored women in an Elizabethan world but with mostly playwrights of the period other than Shakespeare. I really enjoyed myself. Great cast and director. Some of my favourite performances go a ways back but Bill Hutt’s Lear in the Patterson, I guess in the nineties or late eighties, was superb. A great production and what struck me was his ease with the language and the depth of access to the roiling, turbulent emotional life underneath. Langham directed a great Merchant of Venice with Bedford and McKenna as well. More recently I thought Tartuffe was fab, Timon I’m a bit partial to as well.

What attracted you to the role of Flavius?
His unwavering love and commitment of service to Timon. He’s very selfless in that regard.

Flavius plays into one of my favourite overarching Shakespearean themes- true service- and is declared by Timon the only honorable man in Athens. What is it that drives him to such goodness when surrounded by characters who don’t do the same? And are there darker observations to be made about Flavius?
I had quite a few great grandparents who were in service – I think almost all of them – and I watched Upstairs Downstairs religiously growing up. I would equate, then as a kid, what I was seeing on TV to perhaps how my ancestors might have behaved in their jobs. While the TV show was in a late Victorian setting there was always an enormous amount of gratitude by the servants for having the positions that they had. I think this is very much the case with Flavius but goes a step further. As in several of Shakespeare’s great servants – Pisanio [Cymbeline], Camillo [The Winter’s Tale], Old Adam [As You Like It] – they truly love their masters and owe everything to them. Indeed their lives – their livelihoods. As so much with Shakespeare, the given circumstances are presented without much history or backstory but because the writing is strong it doesn’t take much to spark the imagination. In my mind Flavius has been with Timon ever since he was a young man.

As for darker observations, there may have been a tough time in his life before he worked for Timon. I also think Flavius has a temper and perhaps is a perfectionist to a fault – again no real evidence in the script for this but a wrinkle that I hope adds something to the portrayal.

Tell us about working with director Stephen Ouimette to develop your interpretation of the role.
Stephen is terrific because he gently and slowly teases a performance out of you. I think I had the basic understanding of Flavius in a very crude form when we started but what Stephen does is remind you of what it is you are specifically trying to achieve moment by moment. Stephen’s great strength and passion is also an insistence that we remain true and, above all, talk to each other. Really talk to each other. This is very difficult to achieve with Shakespeare but Stephen is a master at it. The language needs to be immediate and that is always in the reaction to what has just been said – this was a constant reminder from him.

Flavius spends most of his time with Timon. Tell us about working with Joseph Ziegler on that relationship.
Working with Joe was a real treat. It was our first time together and what a pleasure it was. The scenes are so well written that we basically ran them, Stephen would mention a few things, and then run them again. The relationship just took shape over time without too much pressure. I have a tendency to sort of push and grunt my way through at the beginning but Joe has a marvelous resolute calm about him that is very reassuring.

Do you have a favourite moment in the production?
There is a very short scene after Timon has run off after his nervous breakdown and the servants are left to try and figure what has just happened and what is in store for them. I found the scene to have great poignancy. It is another example of Shakespeare fleshing out what are seemingly minor characters and providing them with language to not only comment on their own situation but also provide larger insights into the play. It also presented an emotional response to Timon’s situation. I found it to be a real touchstone.

What are you doing now/ what’s your next project?
I’m back at Stratford this season and excited to start work on Erin Shield’s play Paradise Lost directed by Jackie Maxwell.

Do you have anything you’d like to add?
Thanks so much to My Entertainment World for the nomination. It’s an honour to be recognized alongside such great talented peers and I’m looking forward to the party.