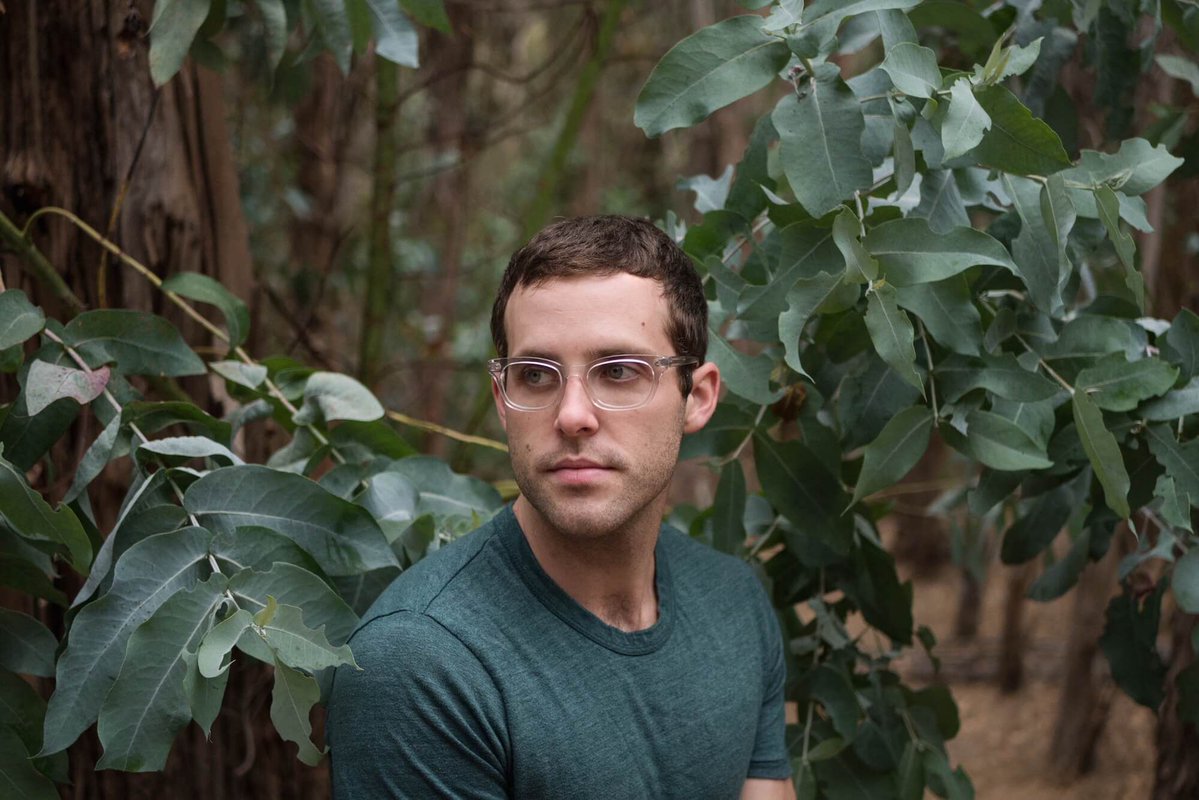 Romaplasm is an album I’ve been waiting for for a long time. I don’t mean just as a followup to his landmark masterpiece, Obsidian (also my AOTY in 2013), but as well an album that so boldly embodies gay romance. It also happens to be set in a space-faring fantasy world, something I never realized I needed so badly until now.

Will Wiesenfeld sings to an unnamed lover of absconding in the night from a closeted life under disapproving fathers away to adventures on an airship and passionate sex under the stars; a cosmic bard finding his place in the universe. Wiesenfeld has always been fairly forthcoming in his lyrics, but you can feel his confidence growing over the years. On his debut, Cerulean, Wiesenfeldsang admiringly “Boy you are every colour, how am I visible?” desperate to be so boldly queer. On Obsidian he explored intimacy without any mystique (see ‘No Eyes’), but on Romaplasm there’s a new level of subtlety to the lyrics that’s markedly more mature and outspokenly queer than its predecessor. Seeing this level of growth and self actualization is wonderful.

Where Obsidian was dark and heavy, Romaplasm is airy and magical. The production prances around minimal beats, certainly influenced by his Ambient/Microhouse side project, Geotic. Leads are arpeggiated digital strings, piano, glitchy stuttering backing vocals, and even flirtations with bit music. Everything is immaculately produced and well thought out. His vocals are centerstage in a way that feels fresh despite that always being a feature. He still makes use of his signature falsetto, though sparingly relative to older albums. On a few tracks he delivers some passionate screaming that anyone who’s had the pleasure of seeing him live is familiar with. On that note, if you haven’t seen Baths live, take literally any chance you get. It’s amazing. All the harsher elements like glitch, noise, and screamed vocals are amplified and appended to unprecedented levels that’s absolutely flooring. I can’t wait to hear what he does with Romaplasm. For any Torontonians reading this, he’ll be playing here on April 13th at the Horseshoe Tavern.

Unfortunately some tracks do shine a little brighter than others which of course is true of any album, but that was barely an issue on the near-flawless Obsidian. Romaplasm‘s first four tracks are all perfect, but a lot of the second half doesn’t work as well as the first (“Out” being the exception). ‘Wilt’ for example is a Folktronica track that has sections of deep monotone vocal delivery that sound a lot like Neofolk artists :Of the Wand and the Moon: or Death in June, oddly enough. It’s a cool little reference if intentional but it doesn’t quite work in the context of this album. ‘Coitus’, though pretty, is a little plodding and unexciting. Thankfully the album closes out with another solid tune in ‘Broadback’, a song about how the bard can’t carry back the tank’s body should he perish. Fear of loss told this way is playful, alarming, and loving, and references his bara daddy’s “redwood thighs”, so that’s great.

All in all the fact that he’s able to turn out such high quality work over and over makes me confident that I’ve been Stanning the right guy all these years. Two albums in my top 10 out of some 300+ I listened to this year is a truly impressive feat. Don’t miss out on this or Will’s other project Geotic, mentioned here.