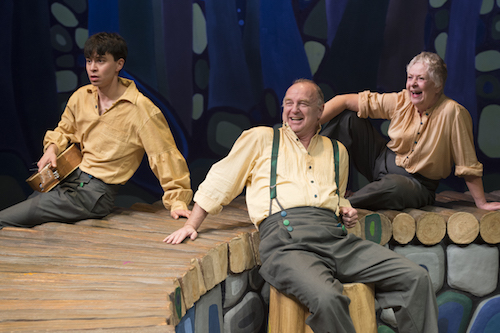 Though little stood too far above the pack this year at the Shaw Festival (“so-so” really carried the season over there), it’s remarkable that there’s only one show I think you ought to skip if you can.

1837: The Farmers’ Revolt
This dully written and even more dully directed Canadian history play is a true slog, a low point in the generally dreary and completely forced Canada150 programming that was absolutely everywhere this year. Interestingly, the Shaw Festival’s most succesful show this season is also a Canadian history play, and one can’t help but compare the two (their mix-up-able date titles don’t help in this matter). Where 1979 is vibrant, entertaining, and imaginative, 1837 is awkward, predictable, and lecture-like. Some of the most engaging stars of The Shaw Festival’s unparalleled acting company (Ric Reid, Marla McLean, Sharry Flett, Donna Belleville) were wasted on this one, carving out just a few moments of relatable humanity in a story that tries to encompass too much and thus fails to connect.