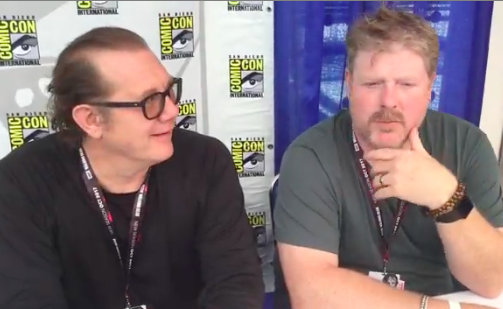 We caught up with two of the giants of voice-over acting  John DiMaggio (Futurama‘s Bender) and Frederick Tatasciore (Avengers Assemble‘s Hulk) who were on hand at San Diego Comic-Con to promote I Know That Voice, their documentary about the industry that is now being adapted into a television series.

After their autograph session with fans, John and Fred took the time to give me an exclusive on the making of the doc, the little-known secrets of voice acting, and the voices they’re recognized for far more than their own.