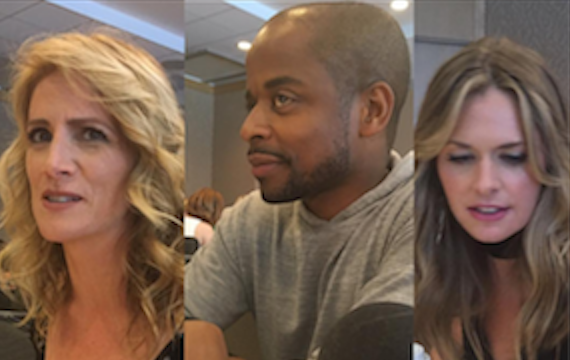 The cast of USA Network’s beloved procedural comedy Psych is reuniting after three years apart for a movie follow-up to the long-running series. They stopped by the press room at San Diego Comic-Con to give reporters a taste of what to expect when the movie comes out in December.

Series stars James Roday, Dulé Hill, Maggie Lawson, Corbin Bernsen and Kirsten Nelson, executive producers Kelly Kulchak & Chris Henze, and creator Steve Franks discuss coming back together and missing co-star Timothy Omundson who suffered a stroke in April and will appear in just a short scene of the film (but He Will Be There, they all promised).