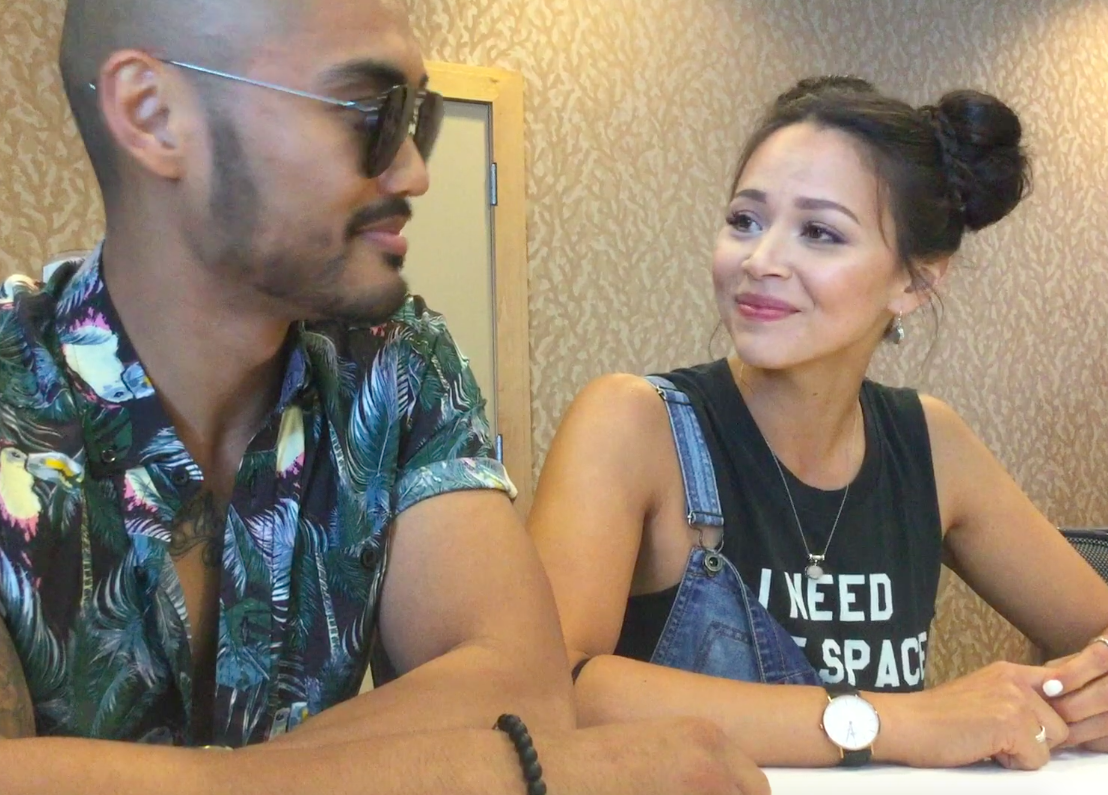 Halfway through their third season (episodes air every Monday on Space in Canada, Syfy in the US), the Dark Matter cast assembled in San Diego to talk reporters through what they’ve been through already aboard the starship Raza and what’s to come in the twist-filled second half of season three.

In the video below, Melissa O’Neil, Alex Mallari Jr, Anthony Lemke and Jodelle Ferland (aka Two, Four, Three and Five) take to the Comic-Con press room to talk about their character and the amazing Vancouver crew, debate who has to shoot more in the cold Canadian forest, and reveal the various boxes and pads tiny Jodelle needs to fit in the same frame as 6’1 Anthony.