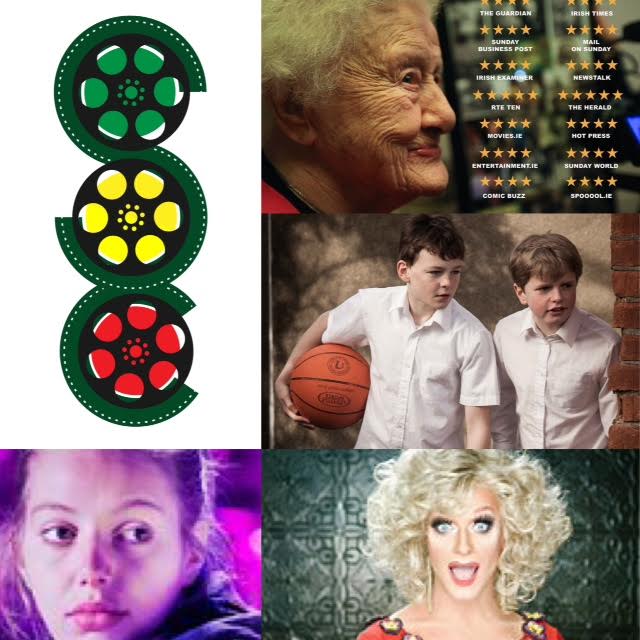 Being a producer is tough. I know this from my experience self-producing my solo shows across the fringe theatre festival circuit in Canada. It’s a grind, it’s necessary for your show to succeed and it’s not entirely rewarding. The only pay off is the witnessing the show actually happen or the project completed, but most of the time you’re incredibly exhausted. A producer in any medium should be celebrated for all their hard work and are as much a part of the creative process as any other creative team member.

While producing one project should be taxing, producing an entire theatre or film festival seems incredibly daunting task. These are the people that deserve our full adoration and respect. I recently met someone in my new home of Syracuse who is giving back to her community through her love of film. Micha Crook a local film producer who worked on the documentary Older than Ireland, decided to start the Syracuse Contemporary Irish Film Festival this year focusing on Irish films that deal with LGBTQ themes. Part of this theme has to do with her community partner, ACR and the Q Center (Aids Community Resource Center), in which half of the net profits from the film festival will go to this non-profit organization. So not only is Micha passionate about exposing the people of Syracuse to new Irish films she is also raising awareness for this important health organization as well as giving back to her community.

I had the pleasure of discussing this years inaugural film festival and its highlights.

I’ve never talked to a film curator before.

Micha Crook (MC): I wouldn’t consider myself a curator but a festival producer, [since] the skills that I use as an actual film producer are transferrable into this [festival]. I think the only act of curation that comes from the community partner we are associated with. One of the ways to receive a grant from CNY Arts (Central New York Arts), is to have a community partner that is some kind of non-profit that is not affiliated with any other arts and culture network. We picked ACR Health, which is a abbreviation for the Aids Community Resource Center. A lot of the films that are coming out of Ireland [recently] have a lot to do with LGBTQ themes celebrating equality in the community, [so] it seemed like a natural fit [for partnership].

So, did you already have those films in mind when you approached that organization?

MC: Some yes, some no. We knew we really wanted to have Queen of Ireland, as an opening.

And why specially that film?

MC: That movie has done so well [and is] about a very important moment in Irish history. In 2015, the marriage equality referendum was passed, so people have marriage equality in Ireland. That was a really huge thing, it was the only to have done that by popular vote. It’s not Supreme Court decisioned, it’s not electoral votes, so as opposed to other referendums you had to physically be there on the island of Ireland to vote. People were literally selling items that they owned so that they could buy a plane ticket to fly back for one day and vote because they felt that passionate about.

There [is] a wonderful drag queen called Panti Bliss who owns [a] club and is a comedian saying crackin’ funny things. When she’s not Panti she’s Rory O’Neill. I say she because that’s as her drag persona. She was invited on this chat show [where] she was attacked and accused of being a pedophile. [The other guest  said,] “If marriage equality exist then the foundation of Ireland is destroyed.” [Panti] said, “You know what I am a citizen of this nation. This is a republic. It’s supposed to be equal for all who live here. I pay taxes. I do my fair share, I take care of people, we should be able to frickin’ get married.” She decided to become an activist. In a very short period of time, [a] grassroots campaign really forcefully came to a head. This movie is basically the journey of Panti becoming who she is from little Rory O’Neill in the West Cork to to his drag persona to the journey of becoming an activist.

What are some of the other highlights of the festival?

One of the things I’m surprised about is how things just fell into place [for this festival]. I knew I wanted Queen of Ireland, then all of a sudden this great movie, A Date for Mad Mary came out. We’re getting it here in Syracuse before getting its national US cinematic release. That’s a huge score, [since] it came out in November of last year. Another short that came out, Lily, again the timing of these movies coming out all around the same time, so I could see them and get them here just seemed to be kismet. Our programming is about 75-80 % LGBTQ themes then the rest is either subtle or not there, but that’s okay because it’s balanced. We firmly believe in this festival, where we create visibility we create conversation, we create agency. That’s what we’re doing with these films.

Even in Older Than Ireland, the referendum was coming up while we were making the film. We were asking all these 100 year old people what they thought about marriage equality, and their answers were fantastic. Mary Cook, who’s family is in the Guinness Book of World Records as having a family with the most centenarians, you could see her sort of pondering and thinking [about marriage equality]. Then coming to the conclusion, “What the hell does it matter to me what I think about it. If they’re happy just let them be happy.”

One of the films was something that I co-produced that was requested for RTÉ television for a TV series they did called How to be Irish which features prominent Irish people in central New York. It’s nice to see our history tied in such a permanent way, but the people of Syracuse can be remembered as being currently apart of Irish history.  This is a modern Ireland that we’re representing and they have the same issues and the same loves and likes that we deal with here in Syracuse. We still have this connection and we are growing together.

I’m not original from Syracuse, but I was very surprised by the large Irish population here. Were you wanting to expose these films to the population here?

MC: Exactly. We have such a high population of Irish diaspora in Syracuse. We actually have the only traffic light in the world that is upside down with green on top and it’s because of our Irish heritage. Waves started to come in small bursts through the civil war and after until about the 1970s. We continue to have people who are Irish from the republic or from Northern Ireland who come and work in the area and then go back and forth. We’re actually one of the top 10 Irish parades in the nation. Which is pretty amazing because that includes cities like, New York City, Philadelphia, Boston, [and] Chicago. These are huge Irish towns and huge cities, and we’re cute little Syracuse in the top 10.

Also, you have a connection to Ireland as well because you received your Master’s there.

MC: Well a deeper connection is that my grandmother is originally from Ireland, so I am of Irish descent and then I did move to Ireland with my son. I have an International Masters in Arts Management and Cultural Policy from University College of Dublin with the focus on film production and film festival work.

MC: It’s weirdly specific. My thesis was the management practices of producers and the relationships to the directors.

When you are working within a very male driven industry, and you are essentially producing this festival on your own, what are the challenges you have faced as a female festival producer or as a producer in general?

MC: All the films I got [for this festival] I realized all the films are directed by men, but the producers are all women. It’s a really interesting relationship that falls under [some] stereotypes. There are women filmmakers, but we don’t get to direct as much as we get to produce. If anything producing is a little bit harder in some ways, because when you direct you just focus on making the film. Producing you have to make sure that all the plates are spinning in the air. I tried so hard to have the stars be balance male, female [at the festival], but we are all filmmakers in this together. It’s this idea that if you are not the director, that you’re not the filmmaker. My role as the producer is just as much creative and in some ways more important because I’m the one that gets the money. I’m the one who makes sure people get paid. At the same time I still work full time and raise a kid on my own because it’s independent film. The bills are getting paid on my end too. My biggest frustration is this public perception that if you’re not an actress [or a director] then you’re not really a filmmaker.

It is a team effort. You’re bringing their vision to life and you need a team to be able to do that.

MC: One of the reasons why I wrote a thesis about producers and their management practices, is that relationship between producer and director is so vital because they’re the ones who keep each other going and makes sure everything keeps on happening. You really rely on each other in a very co-dependent way. You want to make sure the director can do their work and that the producer always has their back.

For a festival usually you have a director and a coordinator. I’m doing both. The goal is to expand [and] yes we got a great grant [with] a few fundraisers, but minimum it takes about 10,000 to really throw on a good festival. Between paying screening fees, venue space, AV [and] marketing materials, there’s just so much that’s involved. Because we don’t have the money to pay a bunch of people, it’s me doing multiple roles and praying that in the end we have our expenses covered that I get paid too. I might not because we have to ensure that our vendors are paid first before I am, so that’s why we need to sell tickets! Also 50% of our net ticket sales, will go to ACR Health. The other half we will hold on to so that we have money to seed next year.

Who have helped you along the way so far?

MC: The CNY Arts grant, Onondaga County Film Commission have been very supportive in helping us get the word out wanting to facilitate filmmaking happen in this area. People who have donated to make this possible: Sweet Praxis, Metro Home Styles, Kitty Hoynes Irish Pub held the fundraiser for us, Eric Mower and Associates has done all of our printing. Downtown Syracuse and Visit Syracuse has done a cross promotion with us. So many people are coming together to celebrate us here in Syracuse and help get the word out. Even the Barclay Damon building is actually going to be lit up green all for the week of the festival.