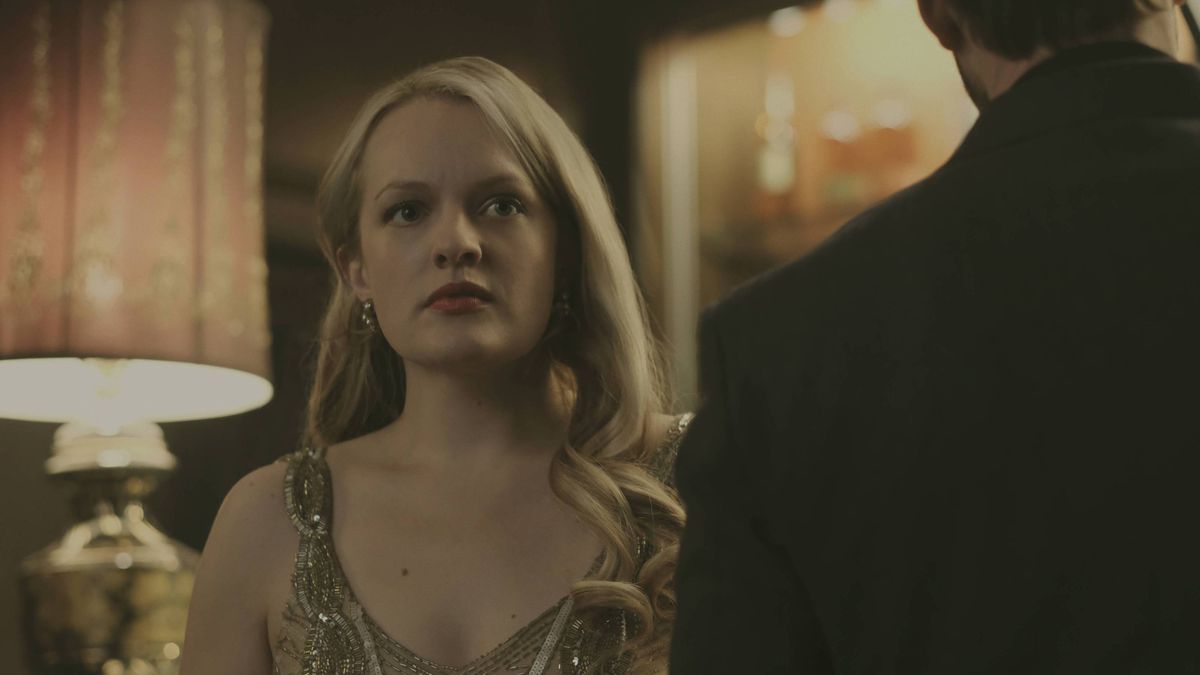 Now we’re really in the thick of it with The Handmaid’s Tale — exploring the world of Gillead and building the desire to take it on down. This week’s episode will probably end up a favorite (sex clubs! Nick flashbacks! MOIRA!) even as upon first viewing it felt like a table-setting episode for Offred’s turn from victim to force.

We start with the question of Nick and June’s relationship – is it love? Lust? A “fuck you to the patriarchy?” Is he a spy? Does he care about her? How did he end up working for the Eyes? Nick’s been a mostly sullen mystery, but Max Minghella has done a hell of a job selling those stolen glances. Here we flesh out the man that Nick was and the man he currently is.

We find out the Nick was one of those dispossessed by a changing job market, let down by the pressures of the modern world, while also feeling impotent to change any of it. His rescue comes in the form of Commander Pryce, who promises Nick a world where he has power, and recruits him into the group that will become Gillead.

Not to get all Gender 101 on you here (too late), but Nick’s storyline here is an examination of priviledge and want – and the extent to which the expectation of greatness can lead to bitterness. We’ve seen Nick feel sympathy for June, to feel sorry for the life she has to endure, and yet he remains a key part of the system keeping her in line. He’s conflicted about it, but when he watches her go off yet again to be raped by the commander, he still fails to see it for what it is. The Commander may have given June fancy clothes and brought her to a sex club to do it, but June/Offred’s lack of agency remains the same. Even the death of the previous Offred, seen here in horrifying detail, becomes about Nick and his experience of toxic masculinity.

It’s not a great look for the character, but Minghella and the excellent episode direction by Kate Dennis manage to keep the focus where it belongs.

Which brings us to Jezebels, the ultimate symbol of Gilleads hypocrisy and dehumanization. It’s a sex club for the wealthy elite where women are paraded around in what amounts to fetish-wear in the Gillead era.

When asked about the hypocrisy of the club, the Commander explains the need for Jezebels with “everyone’s human.” When Offred asks about the people in the club, he tellingly assumes she means the men. These women, like June and Serena Joy, are just pieces in his world. Their emotions can affect him (like when the previous Offred kills herself or Serena is unhappy) but their agency doesn’t matter. They are not human. Gillead has made sure of that. The episode, to its credit, indicts Nick in that, even while showing how his feelings on the subject are growing more and more conflicted.

“Jezebels” and “The Other Side” focused on the men in June’s life, but the ending here brings our focus back to where it belongs. From the moment that June sees Moira – across a crowded club filled with people who could and would destroy them – we’re reminded of a life before all this. We’re reminded of a world where these women made choices, had dreams, made mistakes. It’s almost adorable when June claims that she is going to rescue Moira, seemingly oblivious to the rescue she herself needs. That desire to come together and save each other comes from a good place, but it’s been beat out of Moira even more than it has been out of June.

Yet we end with a gift from one woman to the next. Serena Joy hands a music box over to June, a twirling ballerina trapped within the confines of her wooden home and forced to perform whenever the music starts. But it’s also the cover that June needs to rediscover herself, outside of her handmaid’s robes, outside of her flapper dress, outside of her relationship with Nick. The metaphor is a bit on the nose (but that’s par for the course with The Handmaid’s Tale) but I got shivers hearing Moss’s stealy voiceover intone “I will not be the girl in the box.”

Despite how much I enjoyed this episode, it’s definitely meant to set up June’s actions in the final two episodes of the season. With that in mind, it’s best viewed as part of a whole. The episode isn’t fully satisfying and it isn’t fully redeeming or condemning of the characters it explores. Rather, it begs the same question of its characters (Moira, June, Nick, the Commander, Serena Joy) that June begs of Nick during the climactic confrontation

“Is this enough for you? This bullshit life?”