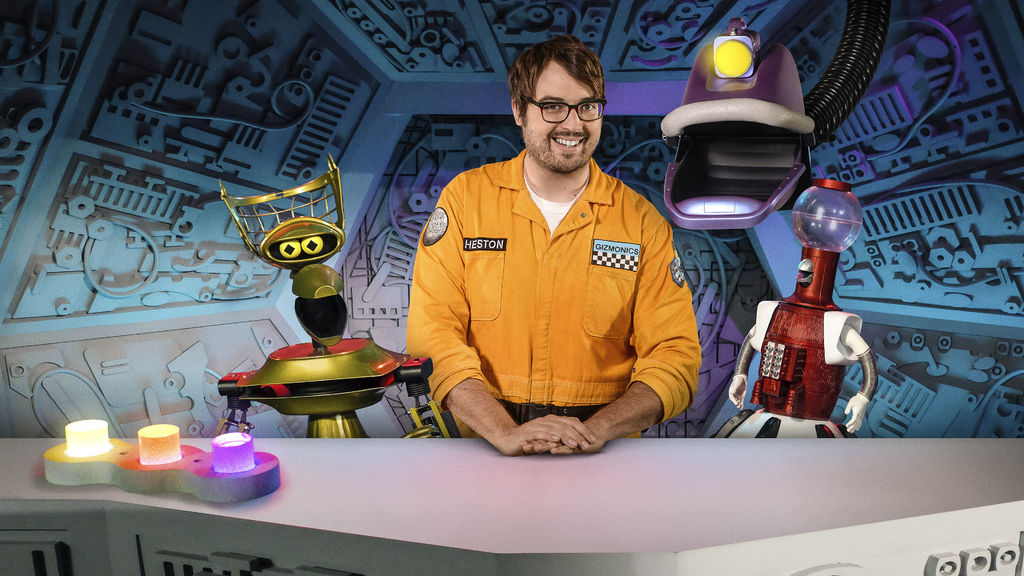 First, a warning: if you hate when your friends make smartass comments at the movies, then you will likely hate Mystery Science Theatre 3000. To a large extent, this is the show that taught many of us bad movie fans how to snark our way through all manner of film, drawing our own fun from shitty or boring movies.

But this is professional-grade film snark – written by some absolutely incredible writers (including Rick and Morty’s Dan Harmon and Justin Roiland) and, while if you are a fan of puns, sarcasm, and snark at the expense of baffling bad, strange, or outright bonkers films the series is a blast, if you had that kind of thing this will be hell.

MST3K’s premise is simple-ish (and appropriately B-Movie): a good-natured host, in this case The Nerdist Podcast and Meltdown’s hilarious Jonah Ray, is trapped on The Satellite of Love by an evil scientist Kinga Forrester – the always delightful Felicia Day and her sidekick Max “TV’s the Son of TV’s Frank” (and highlight of the show) Patton Oswalt – and forced to watch the most horrible movies they can find. For science.

To keep his sanity, Jonah teams up with robot sidekicks Crow (a weird golden bot whose mouth is a bowling pin) and Tom Servo (a gumball dispensing hoverbot) to mercilessly mock the film from the front row (where they sit and gesture in silhouette), occasionally stepping out of the theatre for hit-and-miss sketches and banter with the Mads (the loving nickname for the villains). MST3K began as a cable access show, super low budget but hilarious and the new series embraces its roots, keeping everything from the painstakingly hand-crafted miniature sets that form the countdown to the film (the cast gets ‘Movie Sign’ then has to drop what they’re doing and run to the film, while the camera zooms through a bunch of countdown doors), to commercial break bumpers narrated by Oswalt (which are oddly comforting, in a Netflix show).

And, for better or for worse, this is still very much Mystery Science Theatre 3000. The good? If you’re a fan (and my high school friends and I were obsessed with the show for many years – and I credit a lot of my sense of humour to it), you’ll feel right at home. Despite the format and the years past, it’s still very much the show you’ll remember. The main difference, I found, is that as the years have gone by, other shows and formats have embraced the style of comedy that MST3K pioneered and the result is that some of the jokes just don’t feel quite as fun or novel anymore. Looking at podcasts like How Did This Get Made and We Hate Movies, there is a lot more comic movie analysis out there, not to mention events like Toronto’s Bad Movie Night by the ever entertaining Exploding Zebra, where patrons often make their own version of MST3K live; it’s a trick of nostalgia, of course, and no fault of the show’s, but with so many options and variations available, the original feels a bit stilted. That being said, when the show is on, it’s on. There are some absolutely hilarious bits in the first episode, but with that comes a bunch of jokes that don’t really work. But, in an hour and a half show, that’s to be expected. I found the breakdown roughly one third hilarious, one third chuckle/smirk worthy, one third crickets. In retrospect, this was probably about right for the original show too, but I was so starved for that style of content back then that I didn’t notice. Ultimately, the show excels in its attention to small and weird details (they’ll often comment on something small or out of place and mine the best comedy from that) and gradually building callback jokes, but fail in certain one-liners, that can often land like an old lounge act. But honestly, take the bad with the good – if you’re a fan, it’s a treat and nice to be back.

If you’re a new viewer, it’s likely that the tenants of the old show will seem odd and out of place to you; that’s totally fair. MST3K was a Kickstarter show (full disclosure, I helped fund it) and is built by the original show creators for the fans of the original. While they have done their due diligence to make the show accessible, the above mentioned hold-overs will seem super odd – but ultimately, the meat of the show is the ripping on bad films, so come for that maybe stay for the sketches, or skip them, if you’re so inclined (we used to do that in high school and the show doesn’t really suffer for it). If, however, you’d like to gain a better understanding of the show, while also seeing the original at its best, check out Manos: The Hands of Fate – the most unabashedly terrible film they’ve ever done (and possibly of all time). For a great introduction to the meta-show, check out Mystery Science Theatre 3000: The Movie which was my entry point into the show and in addition to covering a hilariously bad movie (This Island Earth), it’s also the cleanest and most concise introduction to the series (sadly not on Netflix).

So, all that in mind, how was the first episode?

Reptilicus (1961) is a Danish attempt at a Godzilla-esque Kaiju film that follows a team of clueless scientists who accidentally unearth the served, regenerating tail of a giant reptile. Naturally, it gets loose and causes havoc through Stockholm, but – thank god – an American general is on site to co-oridinate the efforts to stop it. The film is as horrible as you’d imagine, someone clearly saw Godzilla and took bad notes, then made their own (think a bad Shakespearen Quarto of a Godzilla movie). There are too many characters to make sense of anything (I’m still not sure who half of them are – there’s a hilarious ‘heroic sacrifice’ by a guy I didn’t even recognize) and the actual plot is disjointed and slow. Needless to say, it’s good fodder for mockery, but it’s definitely not one of the best/worst they’ve done. About an hour in I was pretty much done (and the jokes fell off a bit, seemed like they were done, too) but there are some truly great bits – particularly those involving the conveniently sleepy Dr. Dalby and the inexplicably odd physical comedy of Peterson (destined to ascend to the Valhalla of weird MST3K sidekicks along with pal Torgo from Manos). You can also tell the show is still finding its feet a bit, but as a first episode it’s a good base line for comparison.

The sketches seem weirdly out of place in the show – but I think that’s just largely because this format is so foreign now that I had to warm back up to them. I started out absolutely hating the kaiju rap, but they quickly won me over with their worldwide tour of cryptozoology; there’s something very Animaniacs about it I came to find deeply charming. We’ll see how it goes in future, but I think I could easily come to enjoy these segments that I used to skip.

Ultimately, what I was found wanting more of was Felicia Day and Patton Oswalt; I always enjoyed the antics of the Mads and I found we didn’t get enough time with them to understand who the new Mads are going to be, yet. We get a good amount of Jonah and the ‘Bots, but hopefully we’ll get some more Mads soon (particularly since the first episode seems to be implying a larger world and mythology, with Wil Wheaton back on Earth at Gizmonics Institute trying to track him down).

Either way: my love for, and mockery of, bad movies has only increased since the original show ended and I’m truly pleased to see that the new iteration of the show is so faithful to the original: Netflix is providing an extraordinary platform for fan revivals and can target tightly enough to deliver exactly what the fans remember and want (Fuller House and Gilmore Girls to name a couple recent examples). This can be a blessing and a curse, and MST3K exemplifies it, but all-in-all, it’s great to have my old friends back. Given the lengths of the episodes (they are, after all, full movies) I’ll likely take a break before my next visit to The Satellite of Love, but based on what I’ve seen so far, I’m sure it’ll be a fun one.