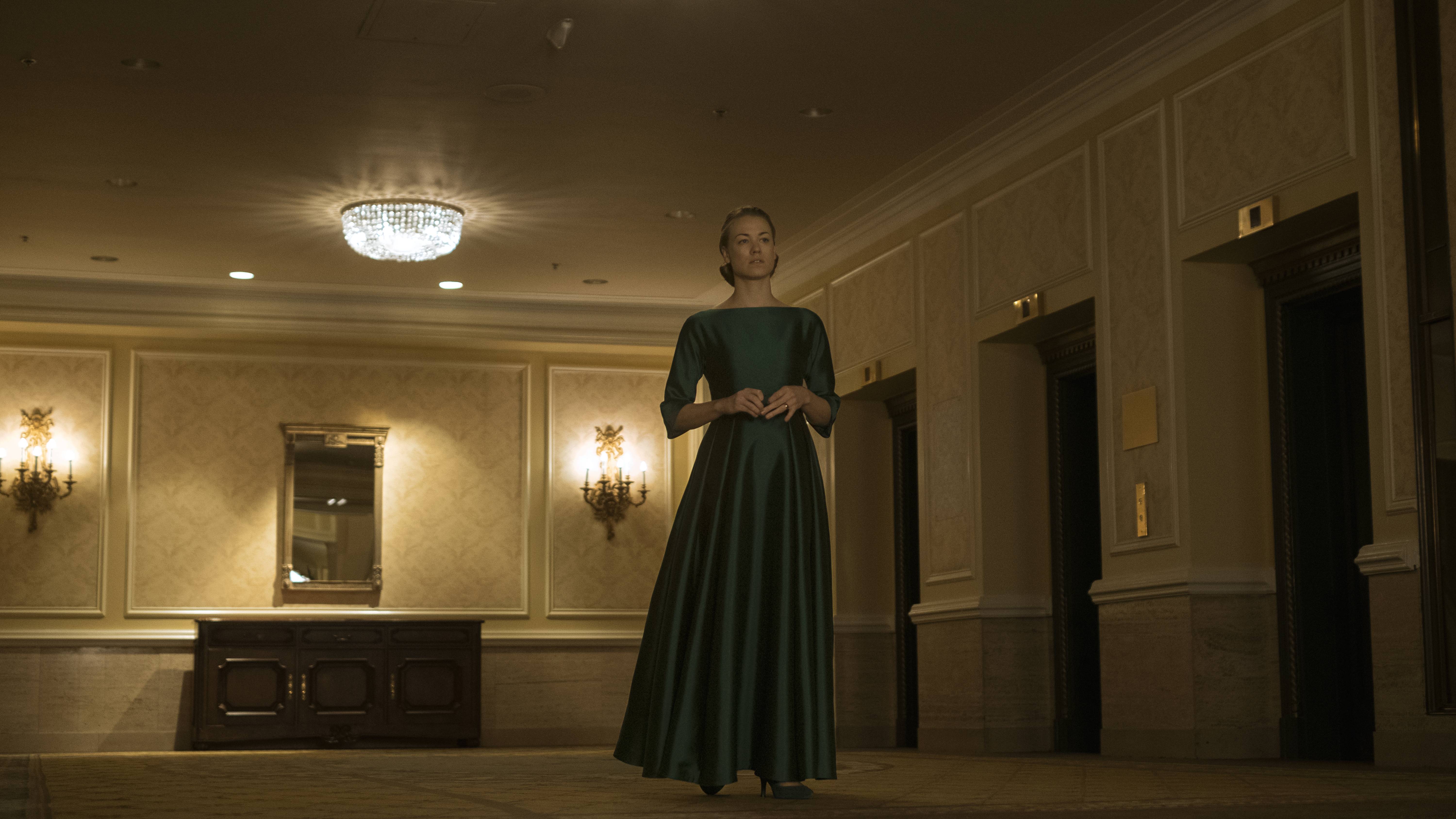 In episode five, “A Woman’s Place,” our series explores the complicity of the women in the world of Gillead, and it is terrifying. Not only do we get a deep dive into the history of Serena Joy (more on that later) but we also get a first glimpse at the world outside Gillead and the myriad of forces that keep them from “rescuing” the woman trapped within it.

Let’s start there. The action of the episode mostly revolves around a visit from the Mexican ambassador to the Waterford household. The ambassador from Mexico is, to Offred’s confusion, a woman – and a sympathetic woman at that. Ambassador Castillo asks the right questions about Offred and the handmaidens place within Gilled society, although with a desperate gleam in her eye that we will only understand at episode’s end. She includes pointed barbs at the gender imbalance. She feels, for lack of a better word, like us in the audience.

This makes her ultimate betrayal of Offred, and the revelation of the nefarious “trade deal” being worked on between Mexico and Gillead a damning of both the character and of the viewers. One of the things that The Handmaid’s Tale does so well is show the way that our complicity in our own modern world is reflected in the dystopia. And here is a smart, intelligent, enlightened, modern woman, who ultimately is willing to sell out her fellow human beings for her own needs.

The scene where June drops her Offred disguise and pleads with Ambassador Castillo for her own humanity is heartrending. June enumerates the sins perpetrated against her in a way that we’ve yet to hear in the show. And the look of shame on Ambassador Castillo’s face as she wipes away the last shred of hope from June’s is one that rightly asks us as the audience to reflect on our lives and complicity.

This episode is actually one of the most cruel we’ve seen – ironically it is also an episode that starts with the literal scrubbing off of the symbols of cruelty – the blood stains that speak to the daily hangings of Gillead. Serena Joy’s arch here secures her as one of the show’s most terrifying villains, while continuing the great and nuanced work that Yvonne Strahovski has been doing up until this point. It shows that Serena’s internalization of the doctrine of Gilled began early and enthusiastically, and the way that she is happy to use the subjugation of others to prop herself up.

For the first time, we see the Commander and Serena Joy in love. More relevantly, we see them in lust, back at a time when sex wasn’t so circumscribed. We learn that in the pre-Gillead world, Serena was a well-known author and advocate for women to return to domesticity. Her actual life and her world view clash violently – Serena is in all ways an empowered woman, coming up with her own ideas, respected by her husband, and working a busy schedule that has her flying all over the world. Yet her ideology dictates her subjugation to her husband. When that ideology wins – when the Commander and has cadre take over the US government with a well orchestrated coup – Serena finds her world immediately narrowed. As we have seen time and again throughout the series, Serena is on the other side of the door of power. It doesn’t suit her.

What does suit her is manipulation. Just as it dawns on the audience (and June as our surrogate) exactly the trade that Mexico is offering, we also see the cruelest and most manipulative demonstration by Serena Joy yet. They parade the handmaids in front of the trade delegation, their red dresses swanning dramatically amongst a finery they rarely experience. And just when we’ve settled in to watching these women put on display, the gut punch. Serena dramatically releases the children of Gillead to show off the fertile prowess of the regime. These are the stolen infants of the handmaids, and their appearance causes pain and joy and longing to battle across the handmaids’ faces (especially when contrasted with the simple glee of the children).

All of which sounds pretty dark. But this was actually one of the more fun episodes of the show, if it’s fair to call anything this painful fun. The scenes with the Commander and Serena provide some much needed back story and the two have an easy chemistry that adds major pathos to their modern day scenes. Elisabeth Moss is allowed to play some lighter scenes, as her sexual exploits with Nick lead the two to some ill-advised flirting, before she finds new depths to June’s desperation later in the episode.

And it also ends with the most tantalizing suggestion of an end game that changes the status quo. In that moment after June begs the Ambassador to help her, and the ambassador shamefully rebuffs her, the Ambassador’s here-to-fore silent assistant breaks the reality of Gillead. There is a resistance, or at least people who see how horrible it is, and, more importantly, June’s husband, Luke, is alive. This is a game changer, a promise of a world that doesn’t begin and end with sex slavery, and it powers us through the pain and shock of the episode.

The Handmaid’s Tale is, as the commercials tell us, “defiantly hopeful,” but here’s our first indication that this hope might mean something. Now as we barrel into the second half of our first season, we experience the possibility of something more than trauma, more than pain, more than momentary rebellion.

~ This episode on Slate about Female Villainy in the Handmaid’s Tale goes a lot deeper into some of the themes I explored above and I highly recommend giving it a read!