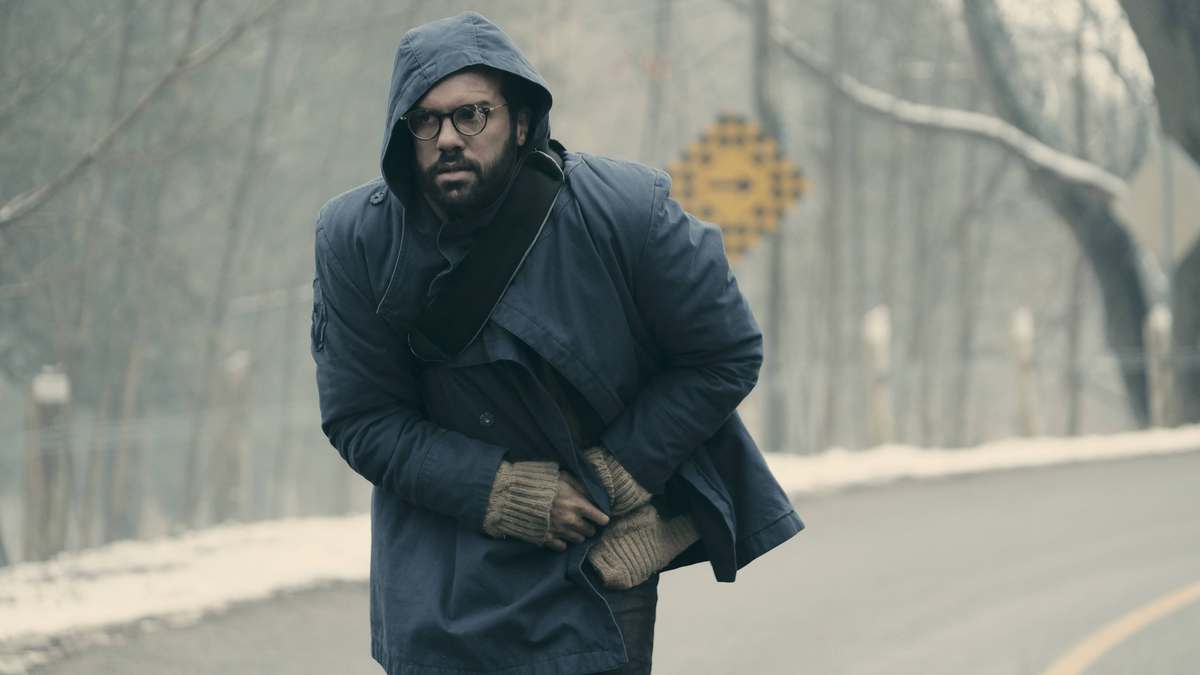 The Handmaid’s Tale: “The Other Side”

This week’s episode of The Handmaid’s Tale shifted its focus. Star Elisabeth Moss has been an unbelievable asset to the show – making nuance out of Offred’s stuffy and confined life – yet by taking the focus off June for the episode, the show injects some life into the series. “The Other Side” tells us the story of Luke, the lucky ones who escaped the dawn of Gillead, and the things we didn’t see after the gunshots that separate June from her husband.

In doing so, we see the last gasps of our version of the US– a time when random strangers and long friends help each other because the situation seems so “fucked,” but nobody can really protect one another. We jump back and forth between Luke, in present-day (for the series) Canada, and the last moments we saw Luke: his and June’s ill-fated attempted escape from nascent-Gillead.

So let’s focus, briefly, on what we learn. By taking us out of Gillead, we actually learn a lot more about the process that created dystopia. June and Luke attempt to flee the country as soon as their Visas to Canada come through. But it quickly becomes apparent that “visas” and “legal border crossings” are things of the past – and that as much as Luke assures June that “they aren’t doing anything illegal,” the world where that matters has gone.

A family friend agrees to smuggle them over the Canadian border, and Luke is horrified to find out that the family of three will need to cower in the trunk of their car in order to escape. It’s a symbol of how much they are losing, and a symbol of how slow they are to realize how fucked up everything is.

The family spends some moments of relief at a cabin in the woods before they can arrange their border crossing, and for the first time we really get to see them as parents and a couple in love. They’re also, poignantly, refugees, on the precipice of a safety that may be denied to them, unsure of whom to trust, and minutes away from total catastrophe. By the time that catastrophe comes, it’s heart breaking but expected.

Luke’s journey after he is forcibly taken from June and Hannah gives the episode, and the series, its momentum. He’s saved by a fortuitous accident from an ambulance, only to stumble across a group of fellow escapees on his journey. Mostly women and one gay man, they are desperate to escape this hell hole, but still incredulous of the changes taking place in the US. More importantly, they’re funny. They’re real. They bring new energy to the show. For a brief moment, it feels like The Walking Dead or any number of post-apocalyptic shows featuring recognizable characters on the morning after a disaster.

Then Luke barely escapes with his life, along with a mute woman who was rescued from the red centers, and we’re reminded of how all-encompassing this evil take over is.

The end of the episode is hopeful and enigmatic. Luke gets the call about June’s note (which we saw her write at the end of last episode) and when he reads it we see determination cross his face. In the closing moments of today’s episode we hear June’s words, “I love you. Save Hannah.”

The “I love you” amounts to the maximum fuck you to Gillead – proof positive that June has not been broken by a system that should have broken her. She’s not only alive in body, she’s alive in spirit, and she’s ready to move us into end game.

As I’ve said, I cant remember how the book ends, and given the show’s second season pick up, I don’t know that even book readers can be assured they know where are all this is going. But after 7 episodes of world-building, pain, defiance, terror, and tiny glimmers of hope, it was refreshing and exciting to watch the writers tackle a more traditional escape narrative. That they did so with grace and made this huge tonal departure feel of a piece with the rest of the series speaks to the talent behind the camera. “The Other Side” could feel like it belongs to a whole other series, but instead it deepens everything we’ve seen so far.

One of the most intriguing questions in this episode is one that it only barely asks. Luke continually fails to grasp just how fucked up the situation is, how bleak it feels, how terrifying its implications are. June mentions that they should have run the second she lost her job, and Luke clings to the last vestiges of polite society. I just finished the novel Kindred in which an African American woman and her white husband are dragged back into the antebellum south. A question that lingers over the knowledge is how much being in a terrible place diminishes people who are privileged by that society. Although the show doesn’t linger in this question with Luke, there’s that daring implication and the question about just what effects dystopia has on everyone involved in it.

Or in other words: this.