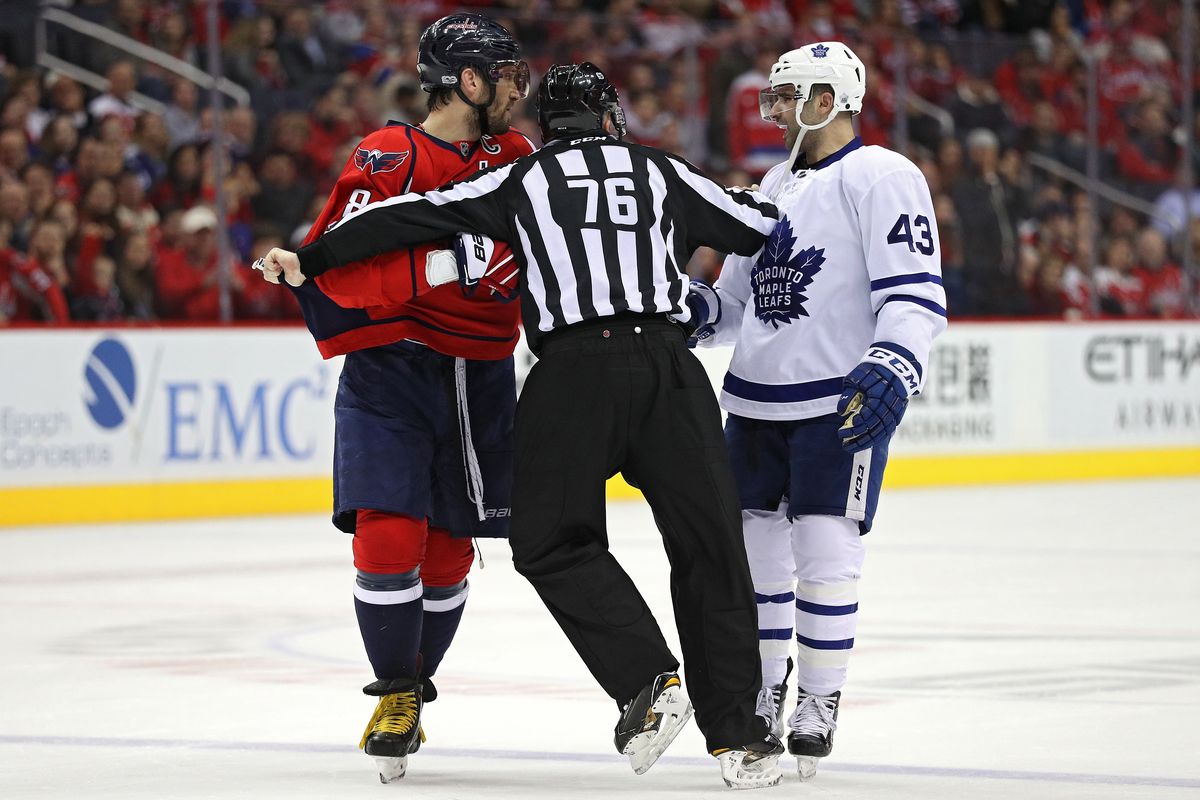 Despite falling to the Washington Capitals in six games, the Toronto Maple Leafs and their fans aren’t feeling the sting of elimination. A sensational season driven by a core of rookies that exploded onto the NHL stage has ignited the feeling that this franchise might soon have what it takes to be a perennial contender for the Stanley Cup. Regardless of failing to advance to the second round, this playoff push has proven to the organization and its fans that the scorched-Earth plan wasn’t for naught, but it’s also reminded us of something else: it isn’t just the Bruins and Habs that can make Leafs Nation’s blood boil.

The storyline this series had been one of David and Goliath. The overwhelming underdog pitted against a beast of a team with depth, skill, and heaps of experience. It was our youth that seemed to wane the hockey world’s confidence in our chances at victory, and it was our youth that carried us near a Herculean upset over the President’s Trophy winners. How many points did the Capitals rookies contribute this season? 9. The Maple Leafs? 304. I won’t shy away from the fact that no other team in the league had the sheer number of first year NHLers on the roster, let alone several that put forth an 80 game effort. Regardless, it’s an extraordinary achievement for these young guns, and one that would suggest that the Leafs will continue to be a force in a bourgeoning Eastern Conference. But the storyline I’ll take away from the past two weeks is that this team has provided the franchise with something more than hope; it’s forged a new rivalry that will rouse this fan base for a generation. That’s the power of the playoffs, and something that we’ve forgotten over the past ten years.

The Boston-Toronto nightmare of three years ago (no, I’m still not over it) stirred the hatred between those two fan bases, but that rivalry was certainly nothing new. Leafs fans and Bruins fans have disliked each other for decades. Both are original six teams, they’re divisional rivals, and they have a storied history together. The game seven collapse only added to the rivalry’s aura. It was a shot of adrenaline to Toronto’s heart – their first playoff appearance in 9 years – but few pieces remain from those days. Of those remaining players, only Kadri and Gardiner seem to fit into the Leafs’ long-term plans. This new group doesn’t necessarily have that same resentment of Boston. It’s still business; it’s not personal. The same can’t be said of their feelings toward Washington.

The Leafs and Capitals have never faced off in the post-season before, and though they weren’t forgotten players before the series, Tom Wilson, Nicklas Backstrom, and Justin Williams have solidified themselves as adversaries that contributed heavily in plunging the dagger into Toronto’s heart. It’s not just the Ovi-show anymore. The playoffs are more than just the quest for the cup; they’re a breeding ground for passion and a new chapter in the drama that is professional sport. Next year’s meetings with the Caps won’t simply be for two points (though you know Babcock will appear calm and collected and say exactly that): it will be a shot at retribution. It will spark an electricity in the building that might otherwise be absent. Shanahan’s hiring as President wasn’t merely to improve this roster. He’s been bold and clear about his intentions from day one. He’s after a culture change.

Despite coming on board after the Kessel-era playoff run following 2012/2013’s shortened season, this management team has tasted playoff hockey in Toronto before. Brendan Shanahan suited up against the Leafs as a member of the St Louis Blues in 1993. That second round series went to seven games. Lamoriello’s Devils matched up against the Buds in both the 2000 and 2001 playoffs, winning both series and capturing a Cup during the former campaign. They know how this city lights up when the Air Canada Centre is icing playoff hockey. They also recognize that after a generation of struggle (thank you Harold Ballard) this city is hungry to see the Buds succeed.

Toronto is the hockey Mecca. If you think this team excites Leafs fans now, just wait to see how things look five years from now. Imagine the Sabres-Leafs rivalry if the two were to meet in the first round. Matthews vs Eichel. Nylander vs Nylander. How about Columbus or Minnesota – two expansion era teams that haven’t been around long enough to see much of substance develop in their relationship with the blue and white. The plan is to achieve the pinnacle of success – to hoist the Cup and throw that parade down Yonge St that all Leafs fans hope to experience – but the journey will be just as rewarding as the destination. And the journey is just getting started.