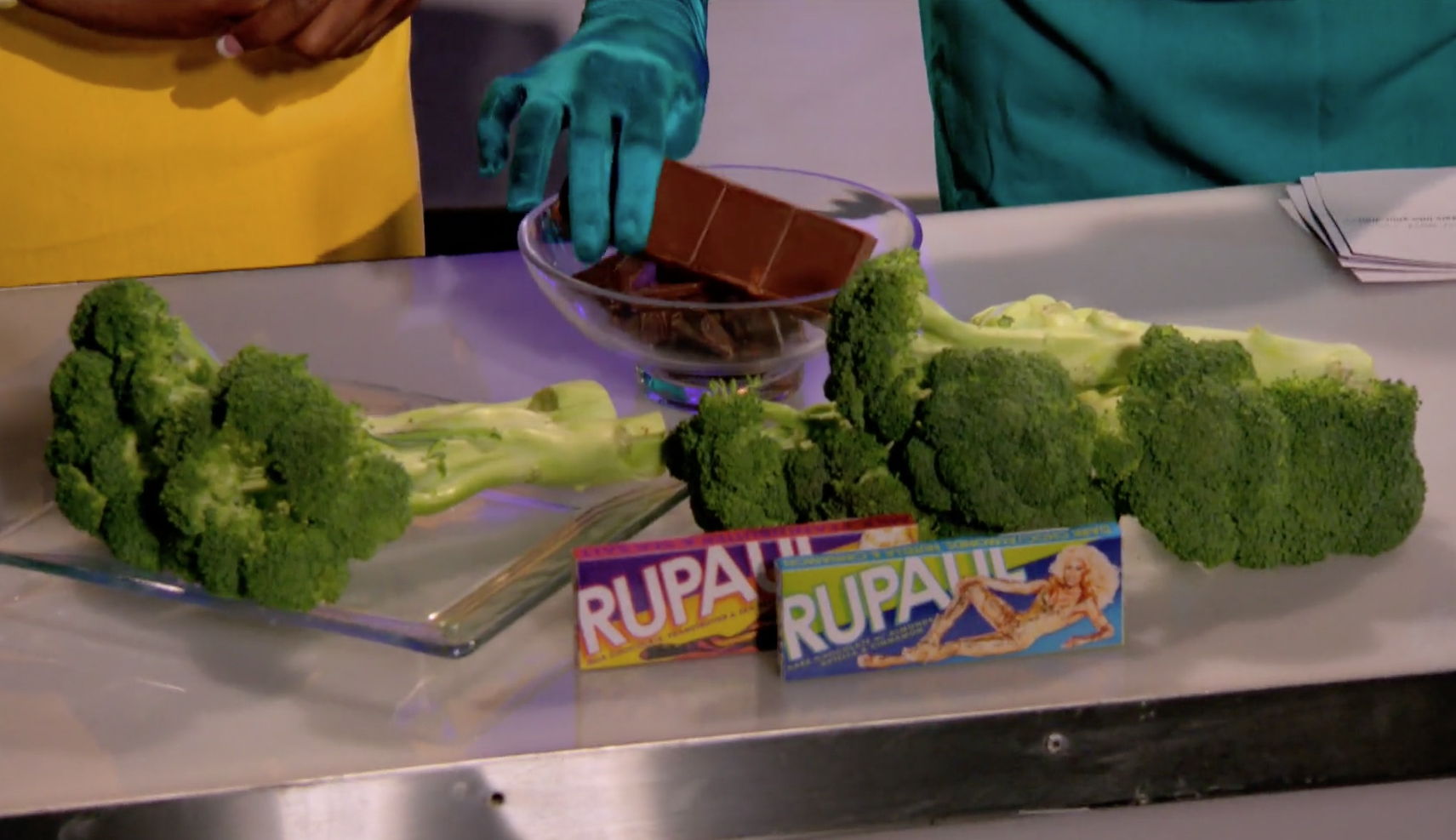 At the end of this week’s episode, I felt cheated. Completely surprised by how the lip sync and elimination unfolded. Disappointed. That’s not to say there weren’t some really great moments, but when you’re rooting for someone and they don’t show up with the eye of the tiger… it’s a weird kind of betrayal. The show must go on. As must this post. Let’s start at the beginning, shall we?

As per usual, this week’s episode started with the minutes after last week’s elimination. It mostly consisted of Aja recalibrating her ego based on the judges’ critiques, expressing disbelief in her placement in the bottom two, and throwing shade unreservedly at Valentina. She wasn’t alone in that reading exercise, but Valentina’s maturity is allowing her to remain focussed on letting the judges steer her development. Over the course of the episode, though, Aja demonstrated she’s wise enough to study Valentina’s proven winning approach rather than embrace the misguided opinion that Valentina’s lack of experience gives her a less legitimate shot at the crown.

This week’s challenge split the queens into two teams hosting live television entertainment talk shows. I might be wrong, but I feel like team captain assignments in previous seasons were always based on mini-challenge winners. This season, both in episode 2’s cheerleading challenge and in this episode, the team captains were the previous week’s winner and a queen with something to prove. In week 2, it was comeback queen Cynthia Lee Fontaine squaring off against a team led by week 1 winner Nina Bo’nina Brown. This week, on the red patent heels of a lip sync win, Aja took command of a team against week 3 winner Trinity Taylor. The result, in both cases, has been an infusion of a different kind of energy. The confidence of a winner versus a queen’s renewed commitment to give all she’s got. I’m interested to track any trends that develop if this formula continues to be employed.

In their execution of the task, both teams had clunky moments and highlights, but there were more significant gaffes in Trinity’s ranks. Personally, my most important takeaway was learning about the account called RuPaw’s Drag Race on Instagram, featuring a cat wearing looks recreated from the show’s queens over the seasons. We’re all winners. Well, except the bottom two: Trinity, who took heat as the team captain, and Charlie Hides, who was micromanaging her scene partner Cynthia Lee Fontaine during the rehearsal process but ultimately fell flat on her own cucu.

So. I have watched every lip sync for life in this most excellent competition’s herstory. I have witnessed phoned-in performances worthy of double eliminations. I have never seen a queen give up before the song has even started to play. Charlie royally ticked me off. An unwillingness to compete in a lip sync, to me, is a greater sin than joining Season 9 without knowing how to use a sewing machine. Charlie stated that she thought she could win like Bianca Del Rio without ever having to lip sync. True, Bianca was never in the bottom two, but I’d wager Bianca’s moxie would make for a helluva lip sync performance. Charlie was asked to show what she was working with and the resounding answer was nothing. I hope, next week, someone talks about being insulted by that. Trinity had something to prove and she proved it, even after (probably) seeing that Charlie had thrown in the towel. The other queens were encouragingly shouting things like, “Charlie, come on!” I wanted to shout too. I had high hopes for Charlie. I wanted a 52-year-old to show the upcoming legendary children how it’s done. But that’s not gonna happen this season.