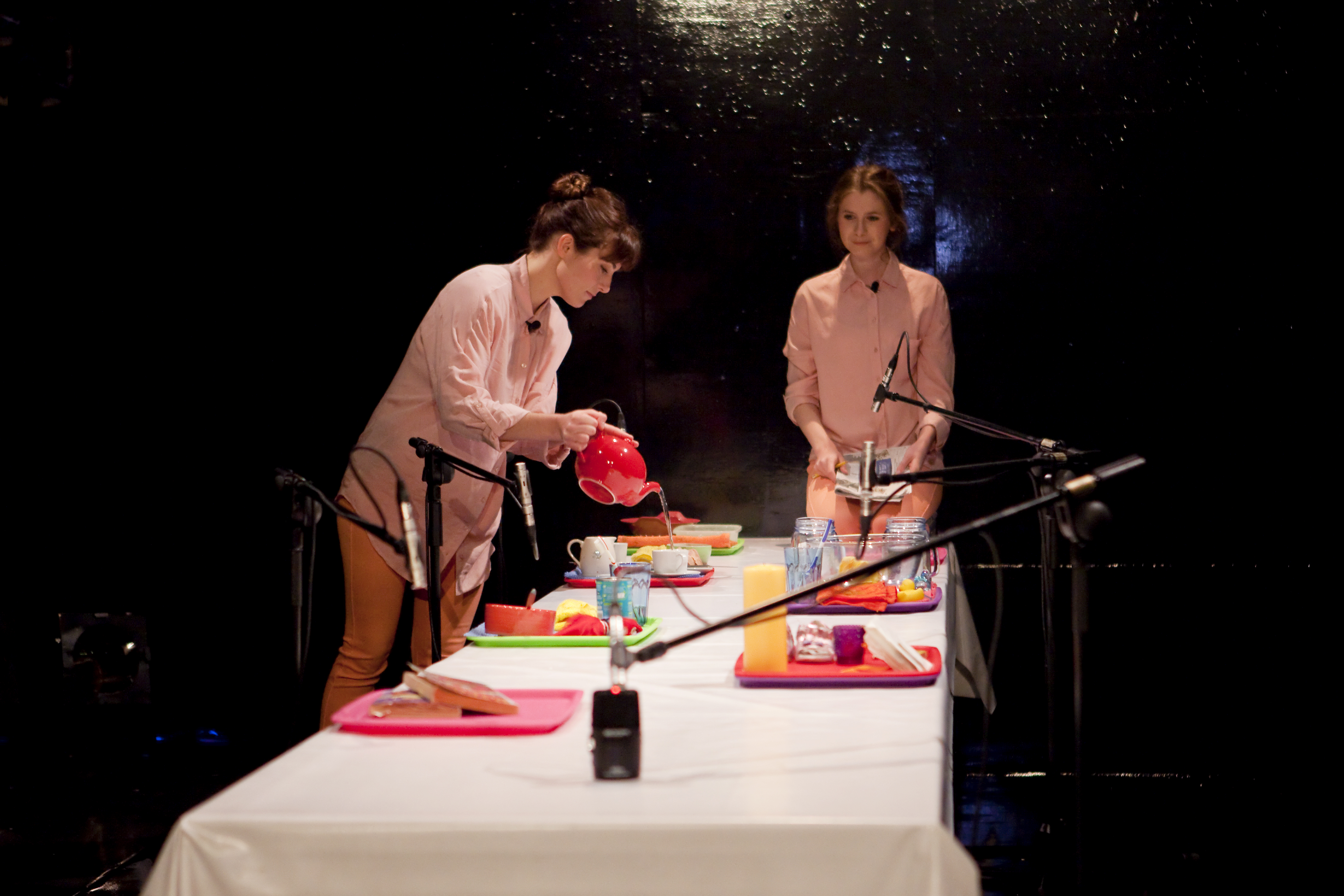 Born Mad’s Sister at the Ovalhouse

Following its sell-out premiere at the Spitalfields Music Summer Festival, Sister is the latest production from Born Mad. It’s an experimental piece, using music and vocals to delve into the many aspects of family life and, particularly, the nature of sisterhood. Its two leads, Daisy Brown and Nia Coleman, present an anthology of different memories, each touching on different aspects of sibling life. Told in an almost documentarian style, writer-director Rebecca Hanbury’s Sister is formed by the recounting of memories, enhanced by the expansive and complementing electronic music of Alex Groves. It’s a striking, often comedic and sometimes even disturbing look at the essence of family life, sure to leave an impression on any patron during its short running time. A piece that is certainly unafraid to try out new things, Sister’s audiovisual set-up works well, though perhaps the choir-like vocals outstay their welcome.

The narrative within Sister is, much like memory itself, non-linear, with stories blurring into one another. Brown and Coleman present a variety of memories to the audience in an almost testimonial way, embodying the personality of each as they recount their past tales of sisterhood. There’s a pair who can’t stop revealing everything to each other; a pyromaniac, contemplating the actions of her past; the burden of an older sister, guilty at the thought of leaving her younger siblings in a civil war. The stories are, by and large, interesting and recounted well by the two leads. Some slightly ropey accents aside, Sister tackles a number of intriguing issues, ranging from the more intimate aspects of sibling relationships to the more violent and abusive. Some solid vocals intersperse the memories, often meaning many complicated emotions are conveyed in a different and innovative way.

These tales are further augmented by Georgia de Grey’s set, which features the heavy use of microphones dotted about the stage and not much else. The cast make good use of the limited arrangement, while Ben Jacob’s lighting helps to add to the emotional ambience of each scene. Though this may sound like there is too much stimulation at times, Sister strikes a good balance between the visual and aural to keep the audience engaged throughout. Perhaps the only slight misstep is the last act of the performance, which tends to rely more heavily on haunting and choral vocals. With the actual testimonials the most intriguing aspects of the show, this over-reliance near the show’s conclusion could benefit from being toned down.

In sum, Sister is an intense look into the core of sisterhood. It is marked by strong performances and a generally good blend of music, lighting and vocals to increase its emotional resonance. Overused vocals aside, Sister is a bold and enjoyable piece which raises many interesting questions that are sure to linger well after the show’s conclusion.