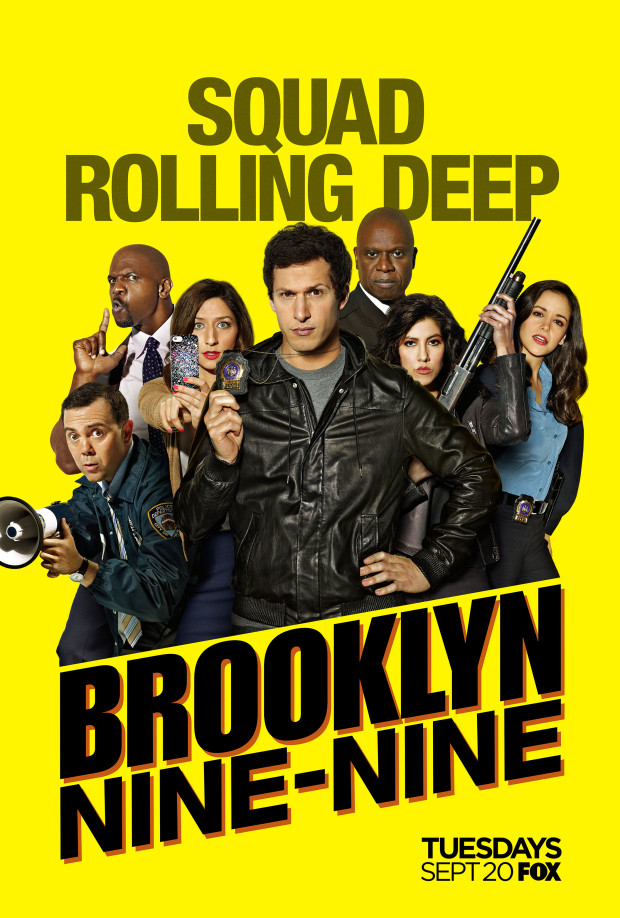 Since its premiere, Brooklyn Nine-Nine has consistently been one of the best ensemble comedies on network TV. Which made its decision to start Season 4 focusing on only two of its main characters incredibly gutsy. By mixing up the usual formula and taking Jake and Holt out of New York, and putting them in suburban Florida, Brooklyn Nine-Nine stepped out of its comfort zone, and delivered one of its funniest episodes yet.

Within the first minute, the episode was already a winner. It started with a ladies power-walking club. (You know what kind of club I’m talking about. The power walking club made up of neighborhood ladies wearing track suits that seems to be featured in every other suburban sitcom.) This walking club did have one man- Captain Holt, or Greg as he’s called in this episode.

In last season’s, Holt and Jake were threatened by a mobster, and therefore had to be put in the Witness Protection Program. So instead of being New York detectives, they are Greg and Larry, neighbors in suburban Florida. Holt seems to be embracing his new life. He has his walking club. He has a job at Funzone and is about to ask for a promotion to assistant manager. Jake on the other hand struggles to acclimate, and instead tries to locate Figgis – the mobster who wants to kill them. If he can find Figgis, he and Holt can go home. Holt finds out and is furious Jake would risk their safety by interfering, and hides Jake’s files. Of course the natural course of action is for Jake to steal Holt’s coveted assistant manager position and try to annoy him into returning his case files.

It is amazing. There were so many fantastic parts as Jake orders Holt to do the worst tasks he can think of. I think my favorite might have been when Jake made Holt perform for a kid’s birthday party, and Holt angrily and awkwardly rapped and danced. Andre Braugher is king of deadpan facial expressions.

Holt’s torment comes to a screeching halt when a customer films him and Jake in an embarrassing situation with the intent of making the video go viral. The two men have to put their petty feud on hold and recover the video, or risk Figgis finding them.

Andy Samberg and Andre Braugher really sold the episode. While the episode was consistently funny, you could tell that even as Jake and Holt were driving each other crazy, they still cared about each other. In fact, it’s because they share so much history that they were able to drive each other so crazy: they know each other, and know how to get under each other’s skin. Sure, Jake can make Holt dress up in a giant hot-dog costume, but Holt can mention he has a tattoo (Jake: “What? Where? Why? How? When?”) then refuse to elaborate on it further.

While Samberg and Braugher deserve a lot of kudos for carrying the episode, they were helped out by a pretty impressive roster of guest stars. Rhea Pearlman headed the walking club.

The episode was so well-written and performed, you almost didn’t miss the rest of the Brooklyn Nine-Nine gang. Almost. It’s made easier knowing that Holt and Jake’s Florida stay is obviously temporary. So instead of wondering what the rest of the gang is up to, we might as well sit back, and enjoy these zany adventures.

Favorite lines (other than the Failure to Launch jabs):
Jake: How did you get here so fast? You were walking!
Holt: I was power-walking.
(Andre Braugher’s delivery of that line was perfect.)

Stray observation:
At the beginning of last season, Holt had been reassigned to a different department and Gina went with him. Now Jake is off with Holt. It’s starting to feel like Avatar: The Last Airbender, when everyone got life-changing adventures with Zuko. I support this, and hope this trend continues. Who should get their life-changing adventure next season?