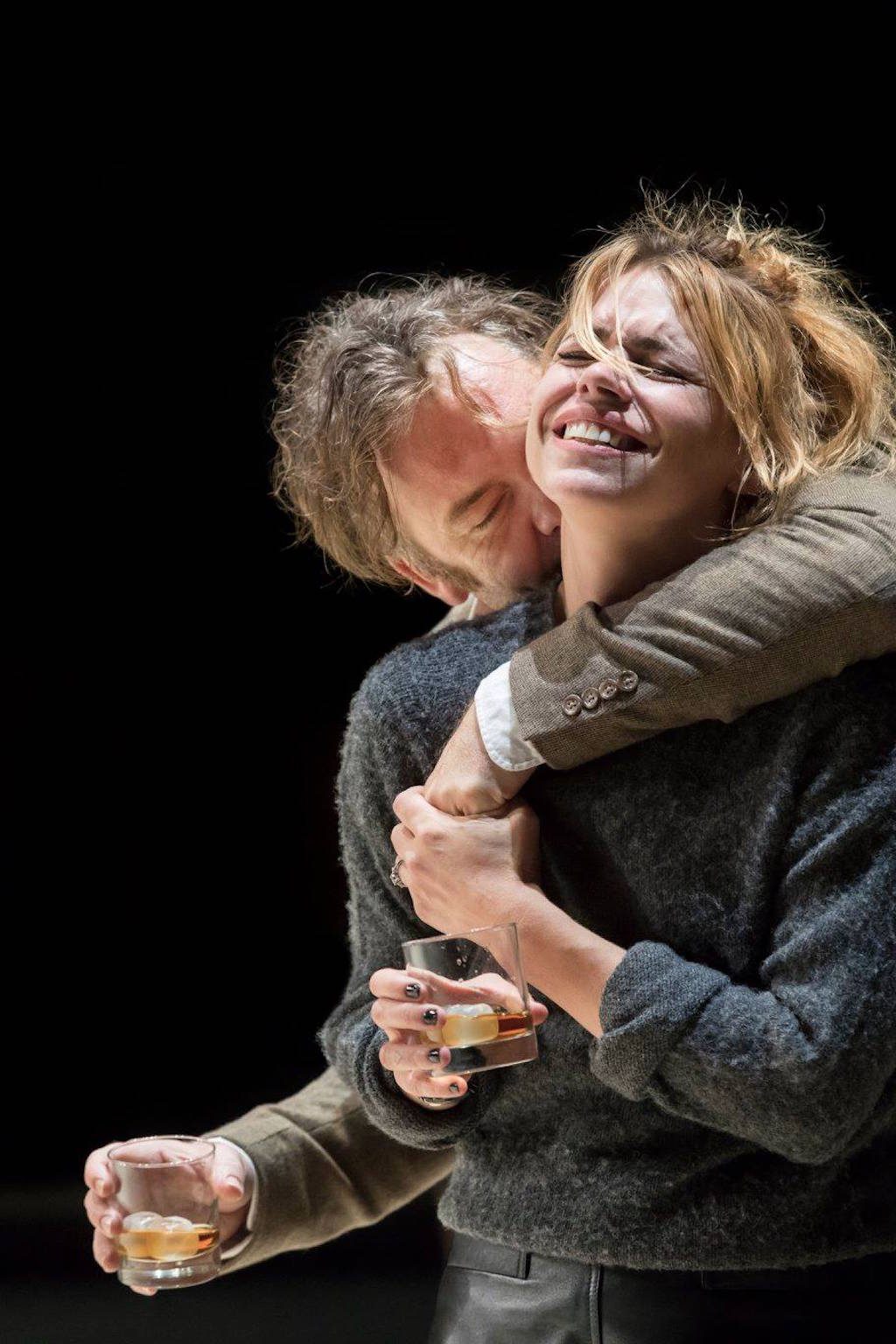 Yerma at the Young Vic

Billie Piper produces an outstanding performance as a woman whose struggle to have a child turns to desperation and obsession in Simon Stone’s smartly reinvented version of the Federico Garcia Lorca classic, Yerma.

The play centres around Piper’s character ‘Her’, providing snippets of her life over a five-year period and the interactions she has with those who are close to her. The themes and central premise of Lorca’s original piece remain, namely the struggles and unbearable longing to have a child, but Stone updates the book from 1930s Spain to 2016 London. The dialogue is all rewritten to fit into modern day British culture, and while Stone avoids the temptation to drown the show with pop culture references there are enough sprinkled through the show to firmly place the piece into this decade.

Overall, the script is intelligently written with the piece never feeling overripe or overwrought but consistently believable and natural. Through both his writing and directing Stone manages to capture the essence of real life with fast-paced dialogue, allowing the actors to interrupt each other, movement and body language. The awkwardness of unexpected meetings with old partners, slightly drunken flirting and difficult family dynamics are all displayed in a relatable and believable way, largely down to the brilliant efforts of Stone. The play juggles humour, hope and happiness with anger, despair and sadness, the latter emotions slowly taking over the former as the play progresses. Its episodic format, split into numerous mini scenes, keeps the action quick and snappy, not allowing the audience any breathing time. There are double meanings, underlying messages and metaphors littered throughout the play, none of which explicitly mentioned, but there to allow different interpretations to be made.

Piper is undoubtedly the star of the show, the intensity of her performance a true feat to behold. She displays so much varied emotion in her speech and facial expressions that you can’t help but remain intrigued and concerned throughout. Even during happier moments, she portrays underlying anxiety and unease and as her character becomes more obsessed, frustrated and ultimately mentally unstable you remain completely fixed and entranced with her. She manages to make her character’s personal struggles totally relatable and empathetic and you long for her to pull through despite the character’s less-than-perfect personality and occasional questionable treatment of those around her.

Her character’s relationship with long term partner ‘John’ (played by Brendan Cowell) is an interesting one, constantly making you question their love and affection for each other. It is clearly a loving relationship but there constantly seems to be this niggling feeling of things not being as they should. Cowell is strongest in earlier scenes when the interactions between the couple are more free, romantic and fun. While he puts in a solid performance later on, particularly in moments when his character is genuinely depressed and lost, he does struggle to keep up with the intensity of Piper’s performance during their confrontations and particularly heated moments.

Other support characters are introduced well in a third of the play, and while they don’t develop much beyond the surface, this isn’t a problem as their importance is how they link into Her’s life. John MacMilan as a past boyfriend plays awkwardness to perfection, Maureen Beattie is blunt and outspoken as the mother, and Charlotte Randall offers a contrasting dimension to the need for a child, tragically displaying the struggles her character has of looking after and even managing to love her own child. Thalissa Teixeira as Her’s perky and full-spirited intern is bitterly underused in the play, but is a breath of fresh air whenever on stage. She’s snappy with razor-sharp wit and bounces off Piper well during their scenes.

Lizzie Clachan’s vacuous set is wonderfully designed and perfectly encapsulates the raw nature of the play. Set on a traverse stage, the audience are sat either side of a rectangular box, with semi-reflective glass on each side. This allows the actors freedom to face any direction and still be seen, either through their reflection or straight on. This helps the piece remain natural and gives the play a very stripped back yet invasive feel, as if you are literally looking through a window. Props and set are kept simple and used well to create interesting and meaningful tableaux, not least halfway through when, following a scene with virtually no set, a beautifully furnished home is revealed.

The short scenes are split up with complete blackouts where time lapses are explained on TV screens above the stage. These are accompanied by intrusive choral music that, though admittedly does start to wear thin towards the end, smartly juxtaposes the subtle feel of the drama. Most of the scenes are lit by bright white lighting, which again helps with the natural and almost sterilised atmosphere that is created through the set design.

This tragically beautiful reimagined play is an incredible success from the production team and actors alike. Thought-provoking, emotionally jarring, surprisingly funny, handsomely designed and ultimately gripping from start to finish. Piper is jaw-droppingly good and Simon Stone’s adaptation will stick with you long after leaving the theatre. This a must see play, running at the Young Vic until 24th September.